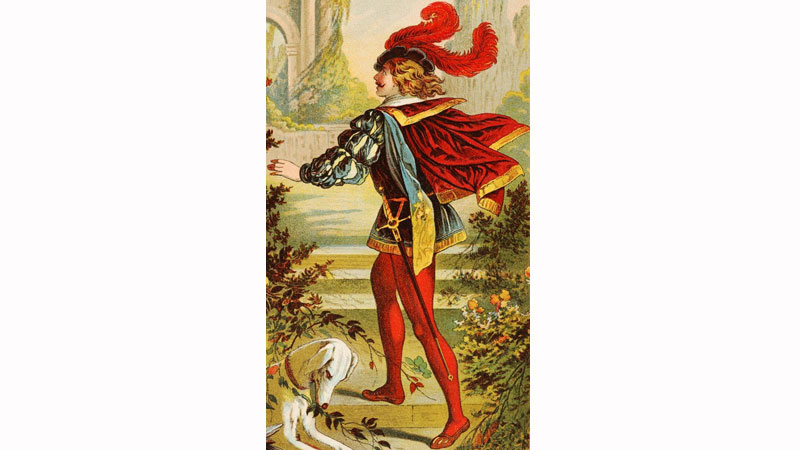 This is a story of a man, in love with an idea of a beautiful woman. Of course everyone wants the best for oneself and same was the case for them. The only hurdle between them was the idea of achievement. It seemed difficult, for both of them had their reasons to run out on each other.

How can one pertain such a marvelous figure, a fair face, a perfect height and a glowing beauty; beautiful enough to find truth in it? The idea of possession grew them thirstier.

All have heard of Cinderella; let’s name her Cindy. Relating it to her, all know Prince Charming; let’s call him Chimmy if Princy isn’t odd enough. Where it’s evident, Cindy is victim to domestic abuse. Her mother, sisters and cat despise her and dear daddy is obviously blind, ultimately all hail the Fairy G. These are the basics universally known but here is a fiction mentally known:

Once upon a time in a kingdom far far away, King Chimmy Senior sang blues of loss, for he lost his highness queen some good years ago. Estranged with reality that no youth wishes to marry him, despite his wealth, he snuggled warm in his duck feathered, fine embroider, velvet covered, life size cushion. All of a sudden a typical thought struck his typically sized domestic brain. So he decided to get his son married to a beautiful maiden just so he could fall in love with the idea of love through his son’s love.

There was a problem though; who would marry his insanely obese son? And so the king wept again for another four hours. The prince had been abroad for quite some time and quite content, particularly because he was free of judgment. And he was partially content after his return until one day his childhood friend Betty (his horse) immediately died of overburden; which was him. He wept for ages in her memory, stuffing down tubs of ice-cream, demotivated out of life. On a disguised patrol one day, in need for a distraction, the prince went out to the city village to observe his people as the future king.

There were billions of beautiful things he saw; bread, cookies, cakes, soups, stews and chocolate too. He had tried all sorts of gourmet to antique to fermented to plated and to the most expensive of chocolates but none was more exquisite than the one made by the local bakers sweat. He felt like a princess strolling about merrily and freely. But all of the sudden he saw what he had never seen before; a maiden. Losing a mother at an early age, intimidating mole-y house ladies, all boys’ boarding school, he never received the golden opportunity until this day.

Her thin long arms and perfectly puffed dress. Her hair neatly tied underneath her garnet hat. Her skin was as fair as perfectly beaten whipped cream, as a freshly fallen snowfall. And her lips, an amalgamation of the Nightingale’s rose and the devil’s staff. She was temptation indeed, making him twirl and curl in various parts of his body. He couldn’t comprehend the pain and the beating of his heart thus he ran away home. He visited town each day, hid behind a fountain, stared at her anxiously, painstakingly, each day. Until one day he mastered the rising of his sentiments and mustered up his courage to engage talks.

Saddened to receive her disgust, he couldn’t rise up again at his disappointment for days. “You fat piece of trash, keep your eyes in the air” followed by a smack, the maiden was swept away by this epitome of handsome; a fine lad of acceptable stature, of slicked back hair, maintained composure and an obvious six pack. The prince cursed himself for the sloth he had become. The only thing after food which gave him immense pleasure, joy and pain, refused to accept him. His ego couldn’t handle the embarrassment anymore.

He rushed back to the palace, crying. He ran to the woody garden forty meters ahead the palace garbage chute and leaned against a bench similar to Cindy’s. He then let out a sigh and bawled out his existence. He was the initiator of crocodile tears. Sounding like a hungry wolf he moaned to the point where he was unbearable to look at. Words lost all paths for him and he couldn’t even complain to the gods of matter. Just as he was about to pass out, a gush of manly glitter sparkled around him to form a magic man. Chimmy let out a shriek of terror,

“I’m your friend, Chim, not a candy man,” the magic man said reassuringly. “I’m the answer to your troubled heart, your Fairy Godfather, embrace me.” A naive Chimmy did so. “What you want, I can give you.” he exclaimed before his chants.

“now tear off your unwanted flesh son.” He said.

“How is that possible? I will die.” Chimmy exclaimed.

So the naive Chimmy grabbed a handful of his tummy flesh and tore it apart, and in his hand rested the tyre beneath his chest, wiggling yet not bleeding. It was unsightly; the interior of his flesh but it was painless. He need not order those Chinese slimming teas anymore.

“But there are precautions my son,” the magic man continued.

“You must place back your flesh before midnight or the magic will fade away and you shall perish. Secondly-”

The next day Chimmy begged his father to arrange for a ball aiming to hire maidens as his lady lover; obviously elite maidens. The king was overjoyed and summoned arrangements immediately. He thought everyone was a fool for his wealth and indeed a lot of them were. Chimmy summoned the magic man to cast the spell and so within a day, Chimmy became ‘desirable’. The magic man introduced a new gadget, a ‘re-marker’. Whatever illusion Chimmy wanted to show, he could make it on himself. Whether it was abs, big eyes, slick eyebrows or aligned teeth, he had it all.

The king paid little to no attention to the sudden transformation of his son and even if he did he was least concerned. An added bonus was, no one had seen the prince for the sake of the king’s honour but the king seemed not to care anymore. Many maidens came but none matched his newfound standard. He rejected even the lady who gave him his first uprising towards humiliation. But all at once in a corner he saw an angelic, lost, fairy like maiden, an unimaginable beauty like his own. And as the rest of the un-oblivious story follows they danced away with their little secrets which couldn’t remain unheard forever; they were foolish with their math.

And so before it struck twelve, the maiden ran and left her shoe. The prince followed and found the shoe. So he sent his men on search instead of himself for he had flesh to glue on. Both survived the horror of midnight. The maiden was discovered and betrothed and now begins what everyone thought “A happily ever after.”

After millions of pretentious smiles made and endless emotional farewells to humans and to mice, the couple reached safely to their new abode. What Cindy found most weird was the fact that Princy had ordered for separate sleeping rooms. Blaming his weird sleeping habits he convinced her to an extent.

“Oh and don’t follow me at exact midnight, dear. I cannot endure a delayed slumber. You must efficiently not disturb.” He said before he went to bed.

A few days passed just the same. They shared emotions, stories and fascinations they had seen in life. Oddly enough, Cindy made the initiative to debate on a topic she’d been anticipating quite a lot. She found his indifference strange. She demanded her wedding rights she had been denied. The prince wanted to give in before he realised his gory reality. There would be two possibilities of the outcome: If they be given before midnight she’d die and if after, she’d leave him.

“Dim the lights completely that not even the slightest ray of moonlight be seen,” he ordered “and I shall see you ten minutes past midnight.” He completed.

Cindy was satisfied by the consideration and couldn’t wait. As the night grew closer the two couldn’t contain their contentment. Ten to five minutes remained till midnight and Chimmy ordered Cindy be present in the room with the exclaimed conditions. In fact the entire palace was always dimmed down at midnight but this night was particularly dark.

Chimmy prepared to put back his flesh, so he took off his shirt and one by one glued himself back. During the process, all at once a scream was heard. Chimmy surprised and violated looked back to see a dying king at the doorstep practically out of breath. As expected, an oblivious Chimmy had forgotten to lock the door. For the concern of his father he stopped his process to cater to him but unfortunately to the father’s care came running a petrified Cindy who instead witnessed a half eaten titan trying to bring his father back to life. Before anything could be comprehended, she lost air and fell upon the breathless body of the king.

Awestruck and panicking, the prince ran about but before further movement be made he too fell unconscious on his father’s carcass.