‘Vote ko izzat do’ is PML-N’s slogan in next election: PM 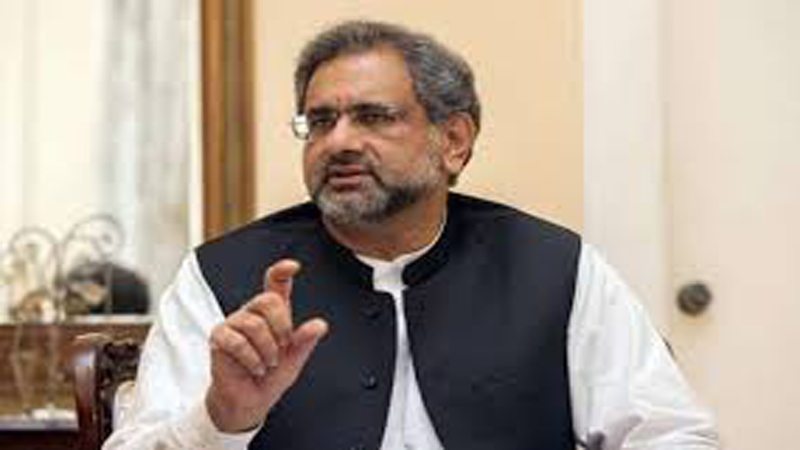 Prime Minister Shahid Khaqan Abbasi Saturday said the Pakistan Muslim League-Nawaz (PML-N) would carry forward the slogan of ‘vote ko izzat do’ during its electioneering for the upcoming general election.

Talking to newsmen here after a meeting with the PML-N supreme leader Nawaz Sharif, his two sons and other PML-N leaders, the prime minister said no one can oppose the sanctity of the vote as everyone believes in it. He said the PML-N will not only contest the next elections from across country but also stand victorious.

The prime minister, who is in London to attend the Commonwealth Heads of Government Meeting (CHOGM) 2018, said the name of caretaker prime minister would be decided by him and Leader of the Opposition in National Assembly Syed Khursheed Shah. To another question about the return of former prime minister from London, he said Nawaz Sharif came here from Pakistan and that is where he will return.

Responding to a query, the prime minister said budget making was the responsibility of his Adviser on Finance, Revenue and Economic Affairs Miftah Ismail, who was performing the job.”The elections will be conducted on time,” Abbasi said to another question. To a query regarding the former premier’s exemption from court appearance, PM Abbasi said only the courts could answer this.

Speaking to the media after the meeting, ousted prime minister Nawaz Sharif said that the political situation in the country was uncertain.”I will not act like Pervez Musharraf and will return to the country soon,” he said, adding that the talk of martial law is disturbing.

While confirming that the matter of choosing a caretaker prime minister came under discussion he said, “A caretaker government that abides by the law should be elected.”