A compact city design controls the sprawl and spares the city peripheries, so they can remain agriculturally productive as a cheap supplier of essential daily food items

Cities may rightly be called the greatest human invention. They have achieved unprecedented social significance and dynamism in our times. The future of cities will determine the future of mankind on the planet. The quality of life of billions of future urban residents depends on how efficiently the vital resources of food, water and energy (FWE) are used in sprawling metropolises and big cities of the world.

The FWE is a futuristic approach to city development, which can help address the main challenge for cities in the decades ahead. This is to keep a balance between compactness and liveability. In our neighbourhood, Singapore has achieved this critical balance within six decades of its existence as an independent country.

Today, more than 80 percent of the population of this small city state live in public housing, which is well-integrated with the employment, education, recreational and public transport facilities. The policymakers in Singapore took decisive steps in urban planning, housing and transportation when it achieved self-governance in 1959 by setting up the Housing and Development and implementing strong land acquisition and resettlement laws.

A compact city design like Singapore can typically reduce average car use nationally by as much as 2,000 kilometres or more than 300 kg of CO2 per person annually. If we take the 2015 figures of registered motor vehicles in Pakistan, it can save more than six million tons of emissions per annum in total and contribute to reducing the urban heat island effect in our cities.

Municipalities have to ensure that cities are conveniently walkable in the manner of neighbourhoods in ancient ‘walled cities’. Walking is of course, the oldest form of mobility. It will become more relevant in the future to minimise energy usage and carbon emissions

A compact city design controls the sprawl and spares the city peripheries, so they can remain agriculturally productive as a cheap supplier of essential daily food items. Agricultural lands also help recharge ground water, which is depleting fast, putting all provincial capitals of Pakistan at risk. The food and water security of a city, therefore, greatly depend on sustainable management of urban peripheries and small towns.

The current expansion patterns and urban planning models in big cities of Pakistan are resulting in shifting of economic opportunities to urban peripheries, resulting in urban sprawl and deterioration of the cities’ core. According to the 2016 World Bank’s report ‘Leveraging Urbanisation in South Asia’, the big cities in Punjab are generally expanding at the rate of 9.6 percent per annum and medium sized cities at 4.3 percent per annum. 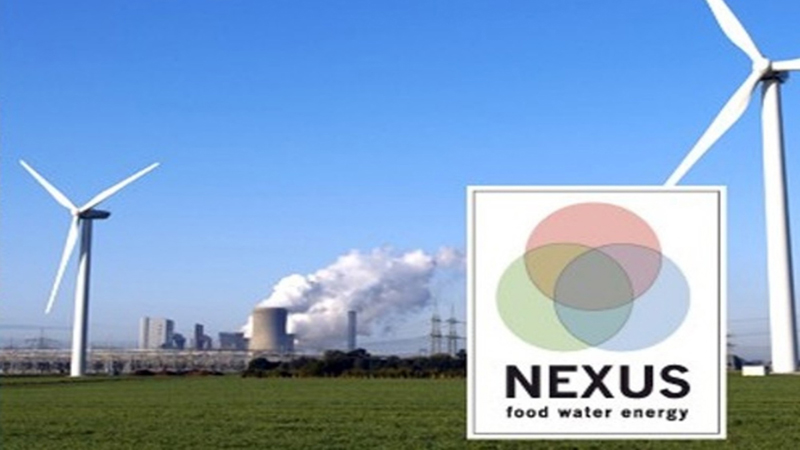 Multan, Bahawalpur, Khanpur and Rahim Yar Khan have expanded at an exceptionally high rate of 10 percent per annum from 1999 to 2010. This trend is similar to global forecasts, which predict that a vast majority of future urbanisation is set to take place in satellite towns and medium sized cities of 100,000 to five million residents, facing a growing crisis of ‘trapped transition’. There are 4,000 such cities, mostly in developing countries, which produce 40 percent of the world’s GDP. In Pakistan, such mid-sized cities produce 25 percent of employment in high tech jobs.

According to Mr Basharat Saeed of the World Bank, “The FWE approach to city development will ensure the sustainability of Pakistani cities, which face existential threats due to growing populations and depleting resources”. Mr Tahir Rasheed, CEO of South Punjab Forest Company says, “We have to adopt ecological urbanism, which is not about topography and trees only but more broadly speaking about ecologically driven infrastructure and green open spaces in our cities”. Mr Ali Tauqeer Sheikh, CEO of LEAD Pakistan tells this writer that ‘Achieving zero-carbon communities may be a utopian dream under current development scenarios in Pakistan but we can at least start by investing in green infrastructure and using renewable energy including solar, wind, biomass and even nuclear power’. Literature on the FWE approach informs that cities need to improve provision of water with better water management practices to avoid growing water scarcity and urban flooding risks.

Urban green spaces such as green roofs, bioswales, and artificial wetlands provide a viable alternative to concrete infrastructure and help in-storm water management and water purification. Similarly, municipalities have to ensure that cities are conveniently walkable in the manner of neighbourhoods in ancient ‘walled cities’. Walking is of course, the oldest form of mobility. It will become more relevant in the future to minimise energy usage and carbon emissions.

The city governments in Pakistan can learn from innovative concepts and practices of city designing, being evolved in the face of newer challenges to human civilization and existence and apply them in developing our secondary cities and urban peripheries. This will involve a customised design for each city and an integrated regional growth model developed through an integrated process of interaction among the government, private investment, and the public, who are both the consumers and concerned citizens.

The governments decide the type and location of critical infrastructure of a city, such as public housing, water and drainage, electricity, highways and bridges and public transportation and make regulations such as building codes and zoning laws that have a powerful shaping effect on cities. However, it is always the people who benefit or pay for the implementation of the proposed city design and development. Therefore, private investors must be provided financial incentives to implement FWE based city design and create job opportunities in secondary cities.

The writer works as Team Leader, Sustainable Cities Initiative at LEAD Pakistan, Islamabad and can be reached at arshedrafique@yahoo.com