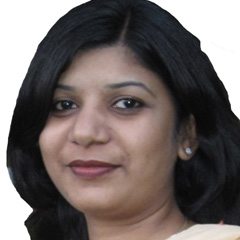 Right to education without discrimination

During Pakistan’s review in 2016, the UN Committee on the Rights of the Child showed serious concern over the discriminatory hate material in school textbooks against religious minorities

In March 2018, The UN Human Rights Council adopted the outcome report of Pakistan’s third Universal Periodic Review (UPR). The Pakistani government accepted 168 out of the 289 recommendations it received from the UN member states, while 117 recommendations were ‘noted’ and four were rejected. Several recommendations that Pakistan accepted and noted, call for an end to all forms of discrimination against minorities. Recommendations 87, 148, 149, 224 and 225 in particular, call to ensure that all children enjoy a right to education without discrimination and protection of freedom of religion or belief of religious minorities.

Besides this, during Pakistan’s review in 2016, the UN Committee on the Rights of the Child showed serious concern over the discriminatory hate material in school textbooks against religious minorities. The said committee in its recommendation number 31 strongly urged Pakistan to protect freedom of religion of all children, including children from minority groups. The committee also recommended the removal of all derogatory statements about religious minorities from school textbooks and the promotion of tolerance, non-discrimination and human rights. Pakistan has a binary obligation to adhere with the Convention on the Rights of the Child and the recommendations by its committee, first as a state party to the convention and second as a beneficiary of the European Union’s Generalized Scheme of Preferences Plus (GSP+) status.

Conversely, the 2009 education policy which is currently in use, contravenes the international treaties to which Pakistan is a state party. For instance, Article 14 and 29 of the Convention on the Rights of the Child, guaranteeing freedom of religion to every child in member states and the development of child’s personality in the spirit of understanding, peace, tolerance and equality among all peoples. The said policy also infringes Article 13 (1 and 3) of the International Covenant on Economic, Social and Cultural Rights, and Article 18 (4) of International Covenant on Civil and Political Rights guaranteeing religious freedom and religious education to children in conformity with their parents’ convictions. Besides this, the 2009 education policy violates Articles 20, 22, 25 and 36 of the Constitution of Pakistan, which guarantee freedom of religion, safeguards at educational institutions in respect of religion, equality among citizens and protection of minorities, respectively. The proposed education policy 2017 also overlooks the constitutional guarantees under Articles 22, 26 and 36 about safeguards against discrimination in educational institutions with respect to religion and rights of religious minorities.

Our textbooks carry material biased against minority religions, which create negative feelings about them among Muslim students, resulting in incidents of violence

Prohibition of religious discrimination is enshrined in the constitution of Pakistan as well as international human rights law. However, the education policy and textbooks in Pakistan are discriminatory on the basis of religion, particularly on four counts.

First, textbooks carry material biased against minority religions, which create negative feelings about them among Muslim students, resulting in several incidents of violence. One example is the killing of Sharoon Masih in Vehari in 2017 by his fellow students. This hateful propaganda in the syllabus is among the major causes of growing religious intolerance in society, and diminishes the probability of peaceful coexistence. Hence, it is imperative that besides removing hate material from syllabi, appropriate material should be included in the curriculum to promote a culture of religious and social tolerance. For instance, the role of religious minorities in the creation and progress of Pakistan and Quaid-e-Azam’s speech to the constituent assembly on August 11, 1947. In addition, teachers’ training, the school environment and co-curricular activities should be designed to maintain respect for all religious traditions, values and acceptance for religious diversity in Pakistan. In order to promote peace and a culture of religious and social tolerance in Pakistan, a swift and comprehensive implementation of the Supreme Court’s judgment of June 19, 2014 would be a step in the right direction.

Thirdly, besides Islamiat, the curriculum of subjects such as history and social studies also contain a significant amount of Islam related topics. Students belonging to religious minorities have to study these topics to pass as well. To end this discrimination, religion related topics should be limited to religious studies only, and should not extend to other subjects.

Fourthly, a Hafiz-e-Quran (one who has learnt Quran by heart) is eligible for 10-20 extra marks for admissions in professional colleges and jobs at the Public Service Commission since 1992. However, no such provision is established for the minority students for learning their own religion. It is best to do away with this provision completely to ensure equality of opportunity.

In order to increase access to education at all levels, under the Sustainable Development Goal (SDG) number four of ‘Quality Education’, the Federal and Provincial governments should keep in view the socio-economic marginality of the religious minorities, and introduce a five percent education quota for admissions for the minority students, especially in public colleges, universities and technical training institutes. This initiative would also be helpful for the successful implementation of the five percent job quota policy for religious minorities.

Exclusion of religious discrimination from the education policy and curriculum is a prerequisite to ensuring quality education in Pakistan, which can be achieved through adherence to the constitutional guarantees under Articles 20, 22, 25 and 36, and the international human rights law.

The writer is a human rights professional, researcher and trainer, working with the Centre For Social Justice (www.csjpak.org). 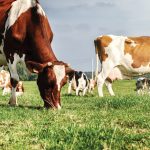