Sindh on track of political change

If the management of TPP works strategically, then it will undoubtedly make a difference in the upcoming general elections and design the future of Sindh

No one can stop the change the society seeks to adopt, and if it is political, then it becomes impossible to prevent. Sindh has also been in the process of adopting change. The participation of poverty-stricken and frustrated voters in a recent public gathering organised by Tabdeeli Pasand Party (TPP) at Hatri bypass, Hyderabad on 8 April 2018 proves that people from Sindh are willing to have a political change. According to different reports, over one hundred thousand people joined the gathering from all parts of Sindh.

Interesting for many is that Mr Ali Kazi, the head of TPP, has left his official position as Editor of Daily Kawish and has devoted his full time to do politics and strengthen the party for the upcoming general elections of 2018. One greets this action of Mr Kazi and wishes him best of luck!

As a student of public policy, he inspired me (and maybe others). He did not blame any party during the public gathering by pronouncing names. However, his focus was on ‘how to bring change’. Thanks to him for letting many understand that ‘change is possible only through vote’, zilch by other means.

If Mr Kazi and his party continue to raise awareness regarding the use of vote in the masses, I believe a significant fraction of change will be seen in the upcoming general elections, and Sindh will do better than it has been doing since many years.

Mr Ali Kazi, the head of TPP, has been voicing for good governance for the last two decades through his writing aimed at showing a vivid picture of bad governance in Sindh

I remember when I met him three years ago in his Hyderabad residency. I asked him how any party could diminish the stronghold of PPP in Sindh? He replied: “It is a myth. Any party which has people’s power can bring political prosperity leading to good governance contributing to social development and opening windows of different opportunities for all segments of society.”

Those words came true on April 8 rally where people irritated from the current government joined and stood by Mr Ali Kazi showing him and others that they are united and will show their unity in the upcoming general elections.

Mr Kazi is the son of Mr Mohammad Akbar Kazi, former home minister of Sindh. Mr Akbar Kazi was selected by Quaid-i-Azam Mohammad Ali Jinnah to contest in Sindh against the Muslim League candidate at that time. 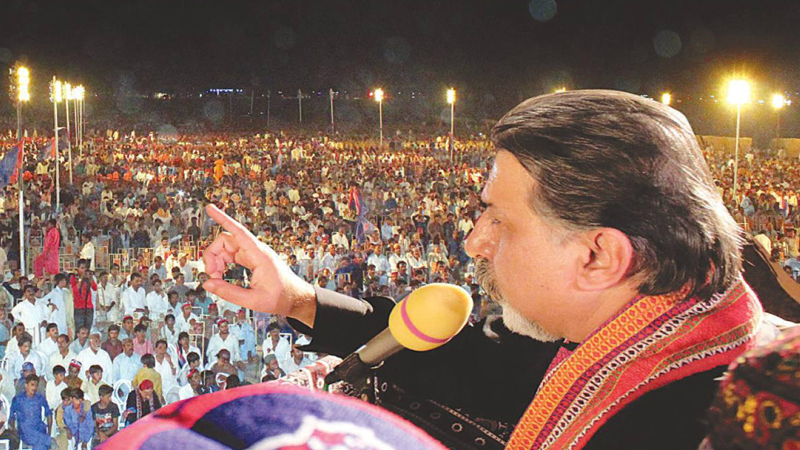 Kazi family is one of the most prominent families in Sindh. They hailed from Sehwan Sharif. Mr Qazi Abdul Qayoom was one philanthropist who built schools in Hyderabad where I also did my primary schooling.

In the current political activities across Sindh, if Mr Ali Kazi develops a strategy that could help his party to raise awareness in the masses about the importance of vote and how to cast it for future benefit, then it will be better for his party and followers who want change in the province.

It is said that if you want to be a winner, you will be required to go ‘extra mile’. In the same manner, Tabdeeli Pasand Party should do its political functions and activities more actively and strategically than other parties in Sindh including the ruling party. If it does not do so, it will also be doing the same that the other parties have been doing for many years.

Moreover, TPP may design tools for awareness on political change in Sindh. It may make a team of political researchers; seek the expertise of political scientists; hire services of strategic management reviewers; build communication section of TPP; institute research department of TPP; avail services of political evaluators and establish media cell of TPP.

A political party is also an institution. Institutions work systematically which leads them to sustainability. If the management of TPP works strategically, then it will undoubtedly make a difference in the upcoming general elections and design the future of youth, environment, and education for all through establishing good governance in Sindh. TPP should be a critical player in the monitoring and evaluation of political activities in Sindh.