Unlike elected autocracies, accountability of elected leaders, by accountability bodies and the courts, is the lynchpin of strong and functioning democracies

Steven Levitsky and Daniel Ziblatt, both professors of Government at Harvard University, have argued, in their recently published book How Democracies Die, that since Cold War’s end, most democratic breakdowns have been caused not by generals and soldiers but by elected governments themselves.

Elections were held on time, and the Constitution and other nominal democratic institutions remained in place; steps which subvert democracy are ‘legal’ in a sense that they are passed by the parliament and accepted by the courts. These efforts may even be portrayed by the government as aimed at improving democracy — making the judiciary efficient, cleaning up the electoral process or combating corruption.

People vote and are free to criticise the government but find themselves served with tax or legal notices. Newspapers are published but are bought off or bullied into self-censorship. Elected autocrats maintain a veneer of democracy, but its substance is diluted.

Although the book also deals with how Trump’s dangerous populism is damaging American democracy, the significant portion focuses on other countries, such as Venezuela, Turkey, Hungary, Ukraine etc., where elected autocrats are threatening democracy by weakening institutions and eroding democratic norms.

The tragic paradox of the electoral route to authoritarianism is that democracy’s assassins use the very institutions of democracy — gradually, subtly, and even legally — to kill it

Elected autocrats are subverting democracy by using the same methods everywhere: packing the courts and other neutral agencies with their own nominees, politicising the bureaucracy, buying off the media and the private sector (or bullying them into silence) and passing laws or rewriting rules which tilt the playing field against political opponents.

The tragic paradox of the electoral route to authoritarianism, the two authors assert, is that democracy’s assassins use the very institutions of democracy — gradually, subtly, and even legally — to kill it.

Many of these countries experiencing democratic backslide — such as Russia, Ukraine, Venezuela etc — also suffer from endemic corruption. It is not just a flaw of the system but a key feature of their political process. Corruption is what binds politics and economy together in these countries. The rise of populism has also seen an associated increase in crony capitalism, spiking up corruption and debasing democracy.

Endemic corruption is damaging for democracies as it renders them vulnerable to backroom deals, promotes lack of transparency, affects public perception of the fairness of the decision-making process, and makes them capitulate to the highest bidder. As democratic institutions are weakened or controlled by the political party in power, no meaningful accountability of corrupt officials, elected or government servants, takes place.

Recently South Africa’s ex-President Jacob Zuma, who resigned in February 2018 after being forced out by the ruling African National Congress, appeared in the court to face various corruption and money laundering charges related to a billion-dollar arms deal in the late 1990s when Zuma was deputy President. 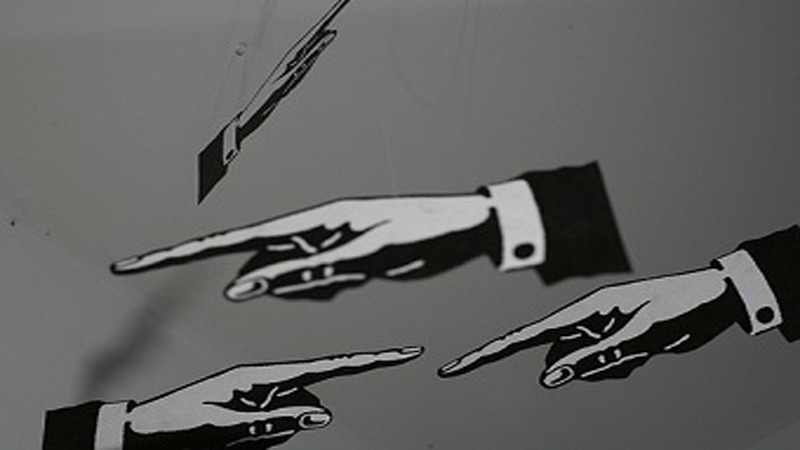 Zuma, who served as President since 2009, faces several years in prison as sixteen charges of fraud, racketeering and money-laundering were recently reinstated after being thrown out nearly a decade back. The ruling party had instructed him to resign a couple of months back and his appearance in the courts this week is being viewed as a victory for opposition figures and activists who have strived for years to call him to account.

In South Korea this week, the former President Park Geun-Hye has been sentenced to 24 years in prison for abuse of power and corruption, after a scandal which exposed corrupt dealings between political leaders and business conglomerates for policy favours and the power of a Rasputin-like figure close to Park.

She is the first democratically-elected South Korean leader to be removed from outside the electoral process, following weeks of protests, a parliamentary impeachment, and finally a ruling from the country’s constitutional court.

The leftist and populist Luiz Inácio Lula da Silva lifted millions of people out of poverty during his two terms as President of Brazil. Once described by President Obama as the most popular politician on Earth, Lula also presided over, during 2003 to 2011, the most corrupt government in Brazil’s history.

Brazil’s Supreme Court this week rejected his appeal to avoid jail over corruption conviction and jailed him for 12 years, thus thwarting his efforts at re-election in October elections later this year which he was expecting to win as both his successors have either been impeached or tarnished with corruption charges.

South and Latin America were once known for Pinochet-style military coups; these days it is making headlines for anti-corruption campaigns across the continent. Peru’s President Pedro Pablo Kuczynski, who resigned last month, is the latest causality of this anti-graft campaign.

In Brazil, judges and prosecutors over the last four years have impartially pursued two of the world’s largest corruption cases. Acting across the political spectrum, they have jailed right-wing and left-wing politicians as well as businessmen with tentacles spread over the region.

Led by a small group of young, idealistic Brazilian prosecutors and a crusading judge, Sergio Moro, who has attained a super-star status for his rule of law campaign, Brazilian justice system has exposed a vast network of businessmen bribing senior politicians to win contracts and costing the country billions of dollars.

In Italy, the career of Silvio Berlusconi, four-time Prime Minister and billionaire businessman, is a classic case study of populism, corruption and accountability. His career also shows as to how corrupt leaders go on winning elections, dodging accountability for as long as they are in power, and even acting as power-brokers, through their political party, once sentenced by the court.

Successful anti-corruption strategies, undertaken by different countries, can be attributed to enforcement of the rule of law, increased accountability of elites, the active role of civil society, freedom of media, empowerment of citizens through digital technology etc. The good news is that all these factors also strengthen democracy.

The writer is an independent researcher based in Islamabad. He tweets @AmmarAliQureshi and can be reached at ammar_ali@yahoo.com