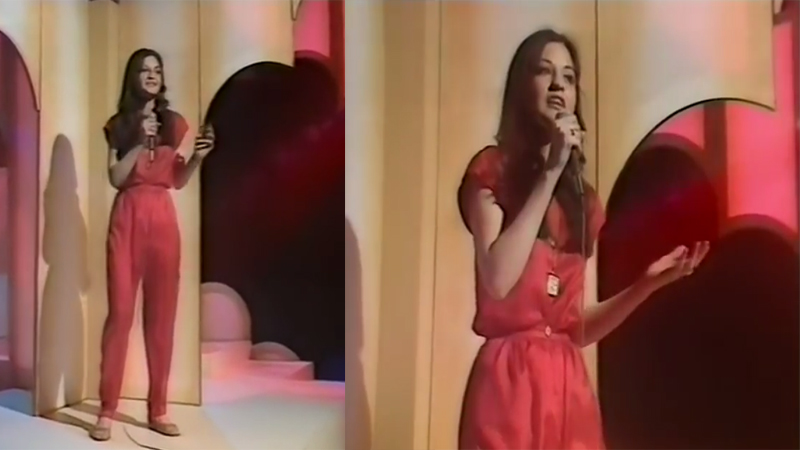 The Queen of pop Nazia Hassan was born on this day in 1965 in Karachi. She went on to rule the world of pop music in Pakistan at a young age of fifteen.

She left us too soon at the age of 35 in August 2000, but her songs live on and the tunes have an emotional connection with the listeners.

On her 53rd birthday, we reminisce Nazia Hassan through her songs, let’s take a journey back in time and refresh our memory with top 5 songs of Nazia Hassan which not only made her a pop icon but also kept her alive in the hearts of her admirers.

At the age of 15, this song was beginning of an illustrious career for Nazia Hassan. The song was featured in the Feroz Khan, Vinod Khanna and Zeenat Aman starrer Indian movie Qurbani. This song took her to the heights of fame and admiration not just in Pakistan but also in India.

Disco Deewane was a duo song by Nazia and her brother Zohaib Hassan, it went on to be a super hit song that changed the trend in music. It broke all the sale records in Pakistan at the time. And Nazia became the heartthrob of millions of youth in South Asia.

The song Boom Boom was part of Nazia and Zohaib’s second album, of which the music was also featured in an Indian movie Star. People were so in love with their music that this album also went on to be a hit just like the previous one.

The melodious, romantic song Ankhien Milane Wale was from their third album Young Tarang. It was a sensational hit in 1983 and sold millions of copies.

The fun-loving song Dosti was released in 1983 as part of the album Young Tarang. Nazia and Zohaib are featured in its video having fun as friends, which rightly portrays their real-life relationship of not just being siblings but also good friends as well.