Visual delight ‘River in an ocean’ — a show of active resistance 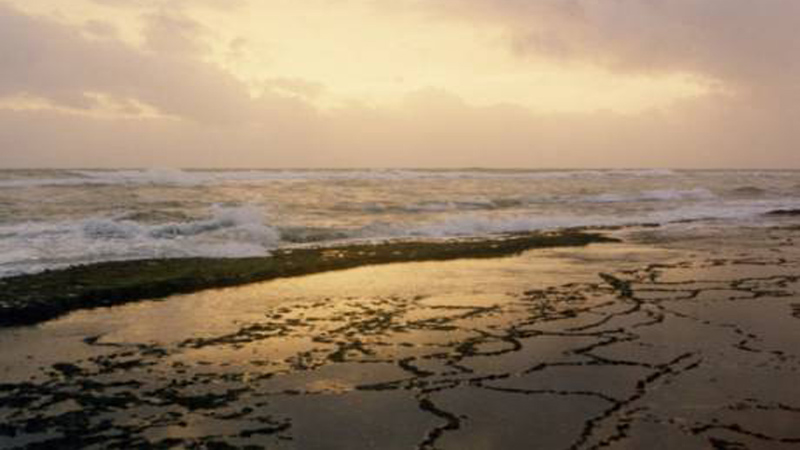 ‘River in an Ocean’, a visual exhibition, held true to its inspiration from the late Lala Rukh’s work of the same name. Abdullah Qureshi, Natasha Malik and Saira Ansari as adviser, curated a show of active resistance and resilience, drawing from Lala Rukh’s lifelong commitment to fighting for gender equality and discrimination against women and minorities and how artists are dealing with these concerns today.

The exhibition starts with a false façade on the outside of the building by Saba Khan that gives percentages of female representation in the art world while also referring to the history of the building itself. Stepping on to the second floor the ominous sounds from the first door on the right leads you into a room installation with Lali Khalid’s projections on multiple, ripped screens challenging the viewer to align the image through movement as it talks about immigration and fluidity of identity. All the while Ujala Hayat’s sound pieces and photographs dealing with issues of pregnancy and inhabitation of the female body, in the same room, heighten the discomfort.

The second projection room holds videos by Farsam Zafar and Waleed Zafar, playing on the idea of intimacy in public spaces, while Hilde Krohn uses found materials on public websites, creating a narrative that points out the perverse in society through innocent moments of insecurity. Zulfikar Ali Bhutto on the other hand presents a phantasmagorical video of overthrowing western imperialism through a fictitious queer rebellion.

Walking into the larger hall, we are confronted with a sculpture by Seyhr Qayum, back lit by the windows and standing eight feet high. The octagonal, wire mesh, female torso holding a metal crown over her head and sporting a metal dress with Islamic patterns painted on it, show a dominance of the female form, but the dress holds the torso totally restricted. In contrast, Rabila Kidwai, Vidha Saumya, Zahra Ehsan and Amra Khan’s small sculptures and delicate works on paper, boldly confront the issues of female sexuality and perceptions of the female body.

Aziz Sohail, Maha Ahmed, Fiza Khatri, Imran Nafees Siddiqui, Mohsin Shafi, Noor us Sabah, Faraz Aamer Khan, Haider Ali Akmal, Harris Chowdhary, Noor Chaudhry, Mustafa Boga and Malcom Hutcheson deal with the complexity of identity through not just the proposed male/female dichotomy but also through an investigation of the self and the intimacy of their relationships.

Anushka Rustomji and Zara Asghar’s performance of loitering and Noor-us-Sabah’s engagement with certain public spaces brings to attention the resistance against women and minorities to even exist in these areas without ‘reason’.

While Faraz Amer, Rehan Bashir and Gillian Rhodes brought in their own acts of resistance in the form of music and dance performances, Natasha Jozi and Sarah Mumtaz activated the body and questioned the spectatorship of the body in public view.

In confronting issues of identity, gender and sexuality; these artists tackle issues of both the personal and the political, making the show show an act of resistance in itself.