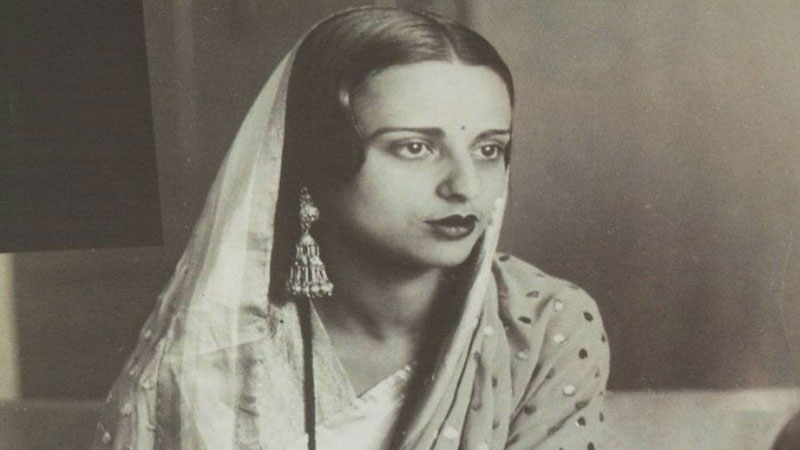 Professor of art history from the University of California Los Angeles, Saloni Mathur, on Wednesday shed light on the artwork of a well-known Hungarian-Indian painter Amrita Sher-Gil – a pioneer of modern Indian, while speaking the ArtSpeak session of Lahore Biennale 01 titled ‘Modernist Maneuvers: The Paintings of Amrita Sher-Gil’. She has covered artworks of Amrita about her fusion of east and west from 1932–1936 and the influence of Indian on her art from 1937–1941.

“Europe belongs to Picasso, Matisse, Braque, and many others. India belongs only to me,” Amrita Sher-Gil, the part-Indian-part-Hungarian painter had declared. She stands at the cosmopolitan helm of modern art in South Asia. This presentation explored the work of Sher-Gil, who was trained in post-impressionism in Paris and arrived in the subcontinent in the 1930s in search of a new visual language. Mathur examined how Sher-Gil’s mixed race heritage, her insider/outsider status, and her experiences of migration and dislocation became a powerful driver for her painting career.

“Europe belongs to Picasso, Matisse, Braque, and many others. India belongs only to me,” Amrita Sher-Gil, the Hungarian-Indian painter had declared. She stands at the cosmopolitan helm of modern art in South Asia

Meanwhile, another session at the festival brought a dramatised reading of five stories by Zambeel. It was founded by Mahvash Faruqi, Asma Mundrawala and Saife Hasan in 2011, with the view to present text from Urdu literature in dramatised form to a live audience. It was to create a dynamic collision between literature and performance. So the tradition of the storytelling and the contemporary form of the radio play and their works traverse time and geographical boundaries. Stories were intrinsically linked through the concept of railway journeys and paying homage to modernist Urdu literature in which travel is a recurring motif. Since its beginning, the railway network traversing the subcontinent has carried millions of people from one place to another, generating narratives in both the personal and collective imagination.

Train journeys were featured strongly in Urdu literature, perhaps most prominently in the accounts of partition and mass migration. The stories in this collection navigate time and feature everyday narratives that evoke memory, myth, superstition, human interaction and societal perceptions.