Our dwindling exports to Afghanistan

By improving infrastructure, trade can be increased, which will help in reviving the economic cooperation between the two countries 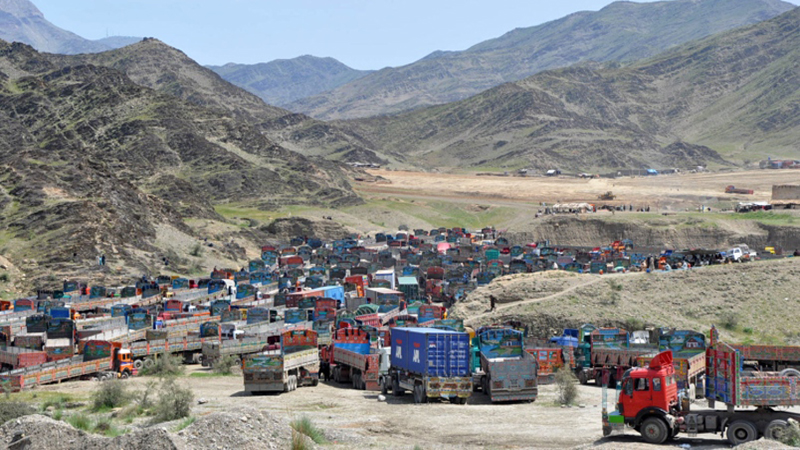 The trade and investment relations between Pakistan and Afghanistan have been affected due to the political tensions in recent times. Pakistan has been the most significant trading partner of Afghanistan for past many years, but due to security, informal trade and Afghanistan’s trade with other neighbouring countries, Pakistan is fast losing the market.

The Afghan students in Pakistan raised their concerns over the stressed relations. They are of the view that the connectivity between the two countries is affected due to the blockage of roads. Closing Torkham border was the initial point of conflict which affected the relationship, and the subsequent blame game from both countries worsened the situation further.

The students also identified that Pakistani traders are involved in supplying the goods at higher rates to Afghan consumers. Refugees are not handled with care, and they are considered as a burden instead of goodwill ambassadors in Pakistan.

However, Pakistan has been involved in lifting the Afghan economy and has provided extensive services to Afghan people. Pakistan has been providing the health services to Afghan patients since long, and some of the hospitals are even willing to invest in Afghanistan if circumstances are favourable. Such incentives must be continued for peaceful ties between two countries.

So far, there is only a single transport unit which is providing the services of cargo to Afghanistan which is not cost efficient. The number of cargo service providers must increase so that a fair competition may drive the efficiency in the transport sector. There is no clause for the provision of long-term visa for truck drivers from both sides which needs to be addressed. The opening of all trade routes can increase the trade flows upto the desired potential.

There are challenges of developing trade-related infrastructure at border points such as dry ports. By improving the infrastructure, trade can be increased which will help in reviving the economic cooperation considerably. Along with this, both countries can collaborate to target the poverty. There is the untapped potential of women traders which can be aimed to uplift the economic well-being of low-income households. Malaysia is a leading example in this regard which achieved growth through doubling its women labour force.

Currently, the tariffs are higher due to which traders are avoiding getting involved in the trade. Revision of Afghan-Pakistan Transit Trade Agreement (APTTA) and the signing of Preferential Trade Agreement (PTA) between the countries can resolve this issue. Because of tariff and non-tariff barriers, informal trade and hawala system flourish, which can be curtailed through strong banking channels.

Iran and Pakistan are discussing the “Border-Huts” where communities can trade among themselves either in currency or based on the barter system. Same can be discussed with Afghanistan which may prove as a significant factor in boosting the trade relations. The recent book titled Pakistan Agenda for Economic Reforms by Vaqar Ahmed also stressed on promoting trade, transit and investment cooperation with neighbouring countries. The integration of Afghanistan in China-Pakistan Economic Corridor (CPEC) will benefit both countries in terms of trade and investment.

Similarly, the Afghanistan-Pakistan-Tajikistan agreement can increase the food exports of Pakistan towards Tajikistan and Central Asia. This can be ensured only when peaceful relations are developed between Pakistan and Afghanistan. Pakistan has taken care of Afghan refugees for past many years and now is the time to resolve this matter for peaceful ties between the two countries.