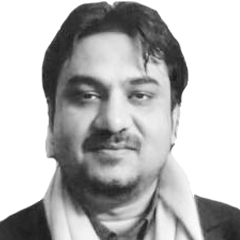 Let us all be mediocre

In the land of mediocrity, there is no place for the exceptional

In his definition of the American dream, James T. Adams writes, “life should be better, richer and fuller for everyone, with opportunity for each according to ability or achievement, regardless of social class or circumstances of birth.”

This concept was quite different from the British Empire’s idea of success and prosperity. The upward social mobility of a person from an obscure background was considered impossible, or at the least, undesirable. A person’s quality was determined by the lineage one came from, and not by the character one developed as an individual.

In the Sub-Continent, the concept of the American dream shocked the rulers (feudals, nawabs and sardars) and came across as a strange notion to the masses. For the common people, the idea of upward social mobility was too good to be true. For centuries, they had taken up the names after their fathers’ and forefathers’ professions. Even these days, anyone living in rural Punjab knows how someone is defined as a mochi (cobbler), lohar (ironsmith) and jolaha (weaver). A profession practiced by someone’s great grandfather is ascribed to an individual, as his or her real worth in the social set up. Many marriage proposals are denied, based on this notion where an educated and financially sound person can be denied the proposal for being a kammi (belonging to the menial working class). Hence, being a‘self-made’ person is a notion better left to the Westerners.

This psyche has become so deeply rooted in our minds that even today, when we see someone progressing further than the average person in society, we try to find ways to demean that person. We make every effort to dig deep into the things he or she dealt with, to find the pettiest faults that could satisfy our bloated egos and injured prides. Pride that was injured when a person who looks just like us, from as common a background as us, makes himself prominent solely due to his performance. No one can challenge our knowledge when it comes to the Forbes list of 30 under 30, and how many CEOs have their names there. Even in Pakistan, the CEO of an average multinational company receives a seven-digit salary. We, as a nation, are completely fine with this, for these are people we don’t identify with.

But we do identify with someone from a middle class background; someone who belongs to the rural area of Hafizabad; someone from an agricultural (not feudal) background. It ticks all the boxes. It reminds us of someone we know. But this someone rose beyond the ordinary. He out-performed others at almost every level of his or her career. He had no ‘references’ to make him or her the ‘blue-eyed’ boy or girl of the political leadership. The only reference people like this have is there performance. A political government, losing on multiple fronts, needs nothing more than an individual who is able to meet all unrealistic deadlines which will help that political government face the public at the next elections with confidence. This is the same kind of person who does not take his new wife to leisurely strolls, but to the site of the metro bus. He made us all jealous. He is just like us. How dare he perform like someone we can only aspire to?

In the land of mediocrity, there is no place for the exceptional. So, a person who managed projects worth billions like the Lahore Orange Line, Lahore Metro Bus project, along with various energy projects, is presumed to be bought off with a meagre three crore rupees, an amount that can hardly get you a house in what people would consider a decent housing society. An officer who disbursed billions of rupees on behalf of the government without the embezzlement of a single penny is being treated like a hard-core criminal, being photographed, paraded and insulted on media in order to create a negative opinion about him.The presumption of ‘innocent until proven guilty’ is not as glamorous and catchy as the portrayal of a corrupt and greedy bureaucrat. The first notion needs a balanced mind who has the capacity to think before making a decision; hence minority, while the later will grab the attention of the credulous and the naive; the majority. In the game of ratings, measured and just dialogue gets lost in the sea of lies, assumptions and hearsay.

Accountability is necessary; victimisation is not. The basic rights of the citizens cannot be compromised at the altar of some obscure greater good. The ploys to instil fear into the hearts of those who are dealing with expensive public projects will bring forth the lot that is too afraid to take decisions on monetary matters. ‘Punjab speed’ was not achieved in a vacuum. Let us differentiate between personal vengeance and real justice.

The writer can be contacted at kazamkhan@gmail.com