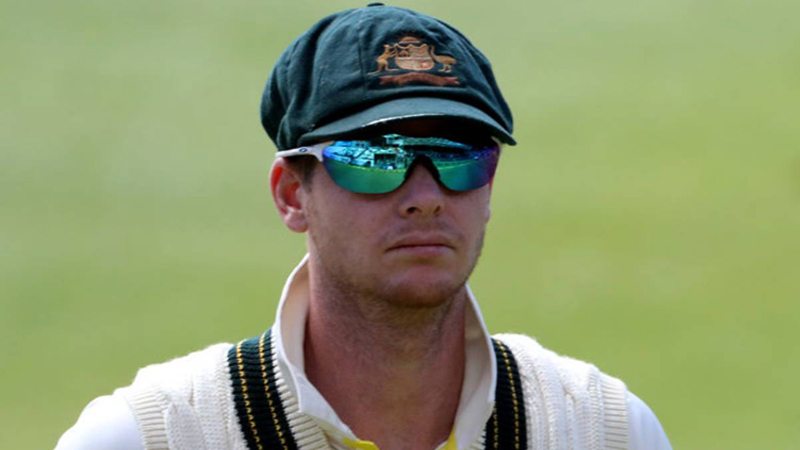 SYDNEY/CAPE TOWN: A ban for captain Steve Smith in no way eased the fury directed at the leadership of the Australia cricket team as the sports-mad nation returned to work on Monday still digesting the ball-tampering scandal which broke in Cape Town over the weekend. The story led the front pages of all of the country’s major newspapers, the headlines mostly working around the single word “Shame”, and on radio talk shows and social media the offenders were lambasted with a vehemence unusual for even those forums.

“As this disreputable tour descended from the gutter into the sewer, the mythical line the Australians use as the yardstick for their behaviour has not only become blurred but disappeared altogether,” Andrew Wu wrote in the Sydney Morning Herald. “The disconnect from what Steve Smith’s men deem as acceptable behaviour compared to what the majority of the public back home has become as wide as the Indian Ocean which separates them.”

There is no hyperbole involved when Australians describe the cricket captaincy as the country’s second most important job behind that of prime minister and the concept of playing “hard, but fair” has always been integral to the national identity. For Smith, therefore, to have deliberately conspired to cheat by getting a junior member of his team to tamper with the ball during the third test against South Africa cuts to the very quick of the Australian psyche.

The players remained in their Cape Town hotel on Monday in preparation for the transfer to Johannesburg for Friday’s fourth and final Test, though for many their minds must surely be already on home. There were few smiles as they chatted quietly among themselves, some enjoying family time by the pool on what would have been the fifth day of the third test had South Africa not ripped through their batting on Sunday to inflict a crushing 322-run defeat and take a 2-1 lead in the series.

Smith, David Warner and Cameron Bancroft were nowhere to be seen though, as Cricket Australia’s head of integrity Iain Roy arrived in South Africa to begin an investigation that will decide the international future of all three. In the space of two days, top batsman Smith has gone from Australia’s cricketing golden boy to national pariah and it looks likely that he has played his last Test as captain. It has also cost him the captaincy of Indian Premier League side Rajasthan Royals, who announced on Monday he had agreed to step aside, to be replaced by Ajinkya Rahane.

Some of the most vehement reactions to the incident have come from his predecessors in the coveted baggy green cap, which each player is awarded on his test debut. “Steve Smith’s time as Australia’s captain is surely up,” former fast bowler and possible future Australia coach Jason Gillespie wrote for Guardian Australia. “It is impossible to envisage a scenario where he stays in the job. This is a train wreck. “This was pre-planned cheating. It may have been implemented by a junior player in Cameron Bancroft but it came with the backing and knowledge of ‘the leadership group’, a core of senior guys in the Australian set-up.”

Distancing themselves: The identity of the leadership group that Smith admitted was responsible for Bancroft attempting to scuff up one side of the ball with a piece of tape was the subject of some conjecture, with Warner the only name definitely in the frame. Several of the Australian correspondents in Cape Town report that some of the other supposed members of the group, pace bowlers Mitchell Starc and Josh Hazlewood, have moved swiftly to distance themselves from the incident. Coach Darren Lehmann will also have questions to answer after clearly trying to cover up the incident once he realised the TV pictures had exposed Bancroft’s cheating, even if Smith insisted the coach had not been part of the conspiracy. Cricket Australia, coming off a highly damaging labour dispute last year, have also come under fire for the temerity of their initial response.

“Frankly, we believe that Steve Smith and Cameron Bancroft should have been on the first plane home yesterday,” Australian Sports Commission chairman John Wylie told ABC Radio on Monday. “If an athlete had been representing Australia in an Olympic Games and they had brought the country and the team into disrepute, that’s what would have happened to them.” The Marylebone Cricket Club (MCC), the sole authority on the laws of cricket since it was founded in 1787, called for better leadership across the global game. “The time has come for a major shift in attitude and culture of all those with responsibility for leadership within the game, to give young players the kind of role models who will uphold standards, preserve cricket and, vitally, the Spirit of Cricket for future generations,” John Stephenson, MCC Assistant Secretary (Cricket), said in a statement.