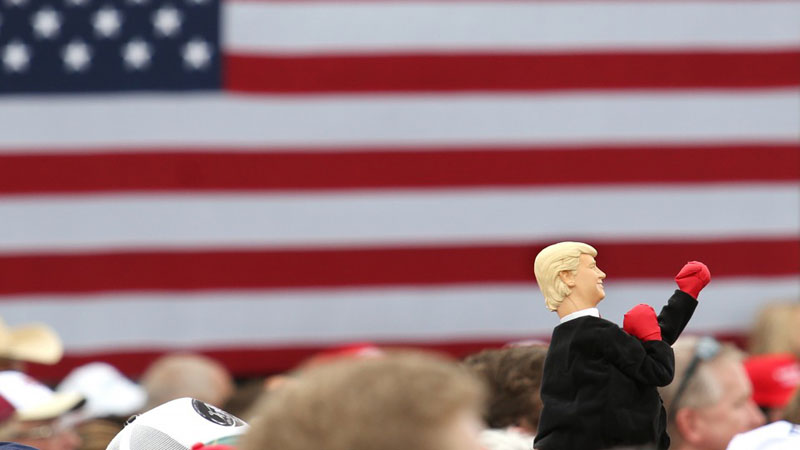 US President Donald Trump’s is arguably the closest thing America has ever seen to a Potemkin presidency.

Using tweets, bombast and interviews with sympathetic journalists, Trump spent the first 405 days in the White House spinning his administration as “running like a fine-tuned machine.” Washington learned to ignore his rants, slights and malapropisms. It was all political showmanship – more entertainment and farce than substance.

On Mar. 1, though, Trump suddenly did something the establishment feared deeply: he tried to govern, starting with sudden tariffs on steel and aluminum of 25% and 10%, respectively. The giant tax cut passed in December was the work of Congressional Republicans. The tariff policy, though, was Trump’s doing, and his alone. The global economy hasn’t been the same since Trump fired the first shots of a coming trade war – and proved he’s every bit the bungler it thought.

Is the sense of dread overdone? Slapping taxes on metal imports won’t devastate a global economy enjoying its first synchronized recovery in over a decade. But the worry isn’t so much what Trump did, but why he did it.

The what – the nitty-gritty of his trade gamble – is this: it’s a shot across globalization’s bow. Initially, the tariffs were imposed on a blanket basis. Since March 1, though, intensifying howls of protest from lawmakers and US allies forced the president to backtrack. First, he exempted Canada and Mexico. Then he acquiesced to other allies applying for their own carve-outs.

For now, at least. The why relates to Trump’s long-held belief America is being cheated. The very essence of Trumpism is a zero-sum view that if The Donald isn’t making close to 100 cents on the dollar, a deal isn’t fair. It’s also the misguided belief that a trade deficit means the other country owes the US loads of money. Trump might want to read some Adam Smith, complimented with a touch of David Ricardo.

Trump is, it is often said, a skilled counterpuncher. To him, the steel and aluminum taxes weren’t first punches; those came from China long ago. Yet Trump thinks he’s the first US leader with the courage to hit back. Given his tendency to jab back with escalating force, there’s every reason to think things are about to get very messy.

The retaliation could be massive China has been measured in its response. Europe has gone the other way, displaying masterful trolling skills. The European Union came up with a list of symbolic targets for possible retaliation to get the attention of specific Washington powerbrokers. On it are Harley-Davidson motorcycles, which is headquartered in Wisconsin, the home state of House Speaker Paul Ryan. So is bourbon, an export vital to Senate Majority Leader Mitch McConnell’s home state of Kentucky. courtesy asia times online