Haveli Naunihal Singh — a jewel in the heart of Lahore 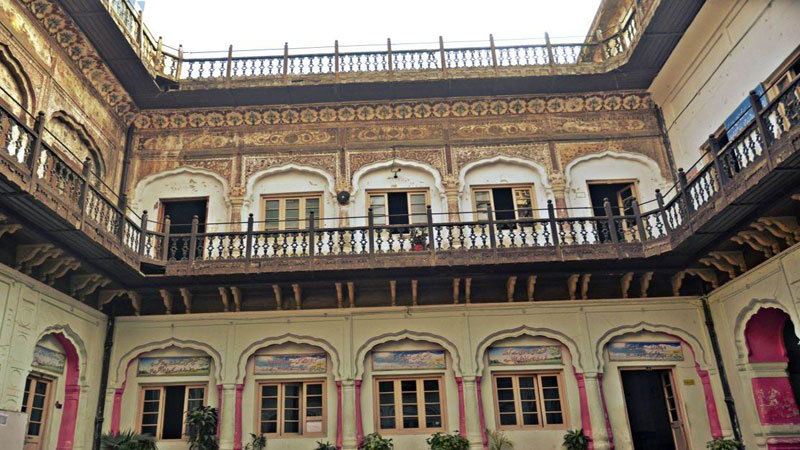 The Lahore Walled City is famous for its cultural heritage. One can find mesmerising mosques, Hindu temples, havelis and buildings that were built back in time by the Mughal rulers. While entering the Mori Gate of the Walled City of Lahore, one can come across a place of learning, named as the Victoria Girls High School. The haveli that was constructed by Maharaja Naunihal Singh in the 19th century during the Sikh period, took its name after him. Naunihal Singh was the son of Maharani Chand Kaur and Maharaja Kharak Singh, who was himself the eldest son and heir of Maharaja Ranjit Singh. This building is also situated near the Bhatti Gate and Lohari Gate. It’s one of the most interesting buildings that one can see in the Walled city of Lahore. There is no doubt that religiously and politically, Lahore has a lot to offer in terms of Sikh history.

The Mahal is one of the few remaining royal residences from the Sikh period in Lahore. It is an intact structure of over 40 rooms, with most elements of its original ornamentation preserved on the two main elevations and the interior courtyard facades. The building has a basement and four storeys above the ground level. On the fourth floor, two storeys encompass the whole area; the third storey is partially crumbled while the fourth stands in the northwestern corner and is called the Rang Mahal or Sheesh Mahal.

Whilst Naunihal was passing through the Roshnai Gate after returning from his father’s cremation, masonry or stones fell from above, injuring him and killing one of his companions. Naunihal was taken into the fort by Vizier Dhian Singh. Nobody else was allowed to come into the fort, not even his mother, who beat on the fort gates with her bare hands in a fit of anxiety. Later, when his mother and friends were allowed into the fort, Singh was dead, his head having been smashed in, possibly with a rock

On entering the Mahal, one can see a balcony with sculpted brickwork. This was the place where the Maharaja used to sit and address the people gathered downstairs.

Liaqat Ali, a renowned activist and historian, informed me that tragedy was at its peak when Kharak Singh and Naunihal Singh died on the same day. As after the death of Ranjit Singh, Kharak Singh became king but was unable to fulfill his duties, as he was busy handling the various factions within the kingdom. Resultantly, Naunihal took control of the state. Upon Kharak Singh’s death, Naunihal Singh was next in line to become emperor. However, whilst he was passing through the Roshnai Gate (the gate of the Hazuri Bagh at Lahore Fort) after returning from his father’s cremation, masonry or stones fell from above, injuring him and killing one of his companions. Naunihal was taken into the fort by Vizier Dhian Singh. Nobody else was allowed to come into the fort, not even his mother, who beat on the fort gates with her bare hands in a fit of anxiety. Eyewitnesses described his initial injuries as being small blows to the head, which knocked him unconscious. Later, when his mother and friends were allowed into the fort, Singh was dead, his head having been smashed in, possibly with a rock. It is unclear whether the building’s collapse was accidental or deliberate and who was responsible.

After the death of Naunihal Singh, a sudden crisis of succession occurred on who would be the next successor. But the story took a twist when son of Ranjeet Singh, Sher Singh, commonly known as ‘Sher-e-Punjab’, a clever fighter, came to know the story of the crisis, and took control of all the things. Just to highlight for my readers, famous spots in Lahore are also named after Sher Singh, those such as ‘Shera Kot’.

When Sher Singh controlled all the power, Rani Chand Kaur also retired to her son’s haveli. But ultimately the British took over Punjab in 1849, and this haveli also went under the possession of the British Raj. In 1860, a girl’s school began here. The school named ‘Victoria Higher Secondary School’ is still present in its place. However, the government is currently planning on changing its name to Nawaz Sharif Girls College.

This valuable piece of architectural heritage has lost most of the interior surface ornament due to its heavy use as a school building for over a hundred years. A room has been saved due to its location on the top floor, and the fame that it received as a “haunted room” was also a reasonable deterrent. If there were any decoration in this area, they must have been destroyed by the ravages of time 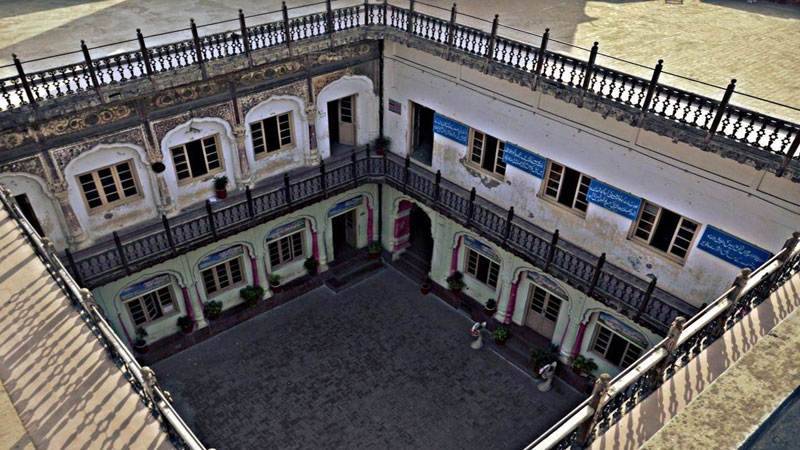 We as a nation look into history with coloured lenses, covered with our very biases. We need to start owning our heritage. We need to look at it with pride, whether it is the Sikh period, the Mughal or the British. It is all a part of our collective identity. The government should take measures to preserve and develop such sites. I doubt that the Lahore Walled City Department is working for its construction work, as no department owns it. Unfortunately, most of the monuments in Lahore, especially in the Walled City, are facing a host of issues ranging from human neglect and environment degradation to factors such as aging and natural decay.

I want to request the government and education department to save this cultural heritage. We are heirs of an ancient culture, and we need to understand it. Starting from the Indus Valley, anything and everything in this part of the world is what makes us who we are.

The writer is a social and political activist based in Lahore. He has done his Masters and MPhil in Communication Studies. He can be reached at salmanali088@gmail.com and tweets @Salmani_salu. Photos have been taken by Abdullah Khan.