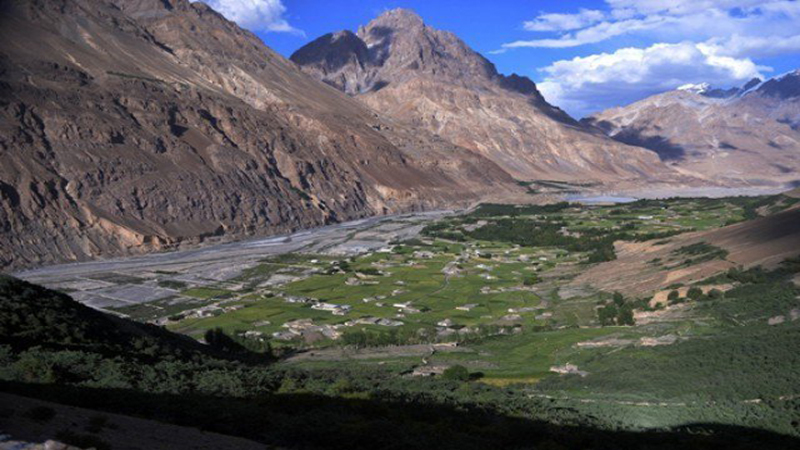 ISLAMABAD: National Disaster Management Authority Chairman Lieutenant General Omar Mahmood Hayat on Tuesday directed a team of experts to submit a comprehensive report on Shimshal Valley Glacial Lake Outburst Flood risks covering all aspects including technical and financial details and a recommendation for implementation be sent to NDMA at the earliest.

He sought this report while chairing the first meeting of a team of experts constituted by Prime Minister Shahid Khaqan Abbasi to evaluate the situation at site. The Khurdopin Glacier situated in Shimshal Valley of district Hunza has a history of surging, retreating and bursting with a cycle of 20 years. The bursting of the Glacier Lake in 1905 and 1964 had caused considerable damage to both public and private infrastructure downstream beyond Gilgit city. The most recent surge was observed around 1998-99. After years of little movement, the glacier began a rapid advance in October 2016. As ice and sediment pushed into the river, a sizable lake pooled up in December 2017. As per experts report, the glacier has progressed quite abnormally and has completely blocked the Shimshal River resulting in creation of a Glacial Lake.

To deal with the emerging situation, a meeting was held at NDMA in February to discuss course of actions and subsequently recommended the formulation of a team of experts to evaluate the situation at site. The prime minister has approved the NDMA’s recommendation for the formulation of the team of experts and allocation of fund to cope up with the situation. Chairing the meeting of the team of experts, Lieutenant General Omar has also advised Gilgit-Baltistan Disaster Management Authority to establish a round the clock monitoring unit to observe the situation of the Khurdopin Glacier in Shimshal Valley and initiate immediate preventive measures.

He also directed to devise early warning system and mechanism for timely dissemination of information to the threatened population and preparation for precautionary evacuation plan for threatened population and conduct of mock drills for evacuation. He also emphasised the stockpiling of requisite rescue/relief stores including food and medicine, forward displacing of earth moving machinery and keeping emergency services on alert.