As long as class consciousness is weak, progressive politics are absent, and state capacity to assert authority is compromised, there will always be space for mobilisation on the basis of ethnicity and religion in a pluralistic society like Pakistan

Sectarian violence is one of the greatest threats Pakistan faces and poses a challenge to its internal stability. Clashes between the members of two main sects of Islam (Sunnis and Shias) had risen phenomenally during 1980s and 90s, in the backdrop of Afghan Jihad, Iranian revolution and Zia era’s politics of Islamisation and the mobilisation of sectarian identity and its subsequent politicisation to further collective aspirations and interests. The relatively peaceful fleeting interlude was followed by a resurgence of sectarian violence in mid-2000s. This can partly be attributed to the rise of Pakistani Taliban and its links to militant sectarian organisations, such as Lashkar-e-Jhangvi and its off-shoots.

Though sectarian violence has taken place across the country, the Hazara Shia community and people of Kurram Agency, have borne the brunt of it. The crackdown and intelligence-based operations by security authorities have considerably reduced the level of sectarian violence, but sporadic attacks here and there militate against complacency. 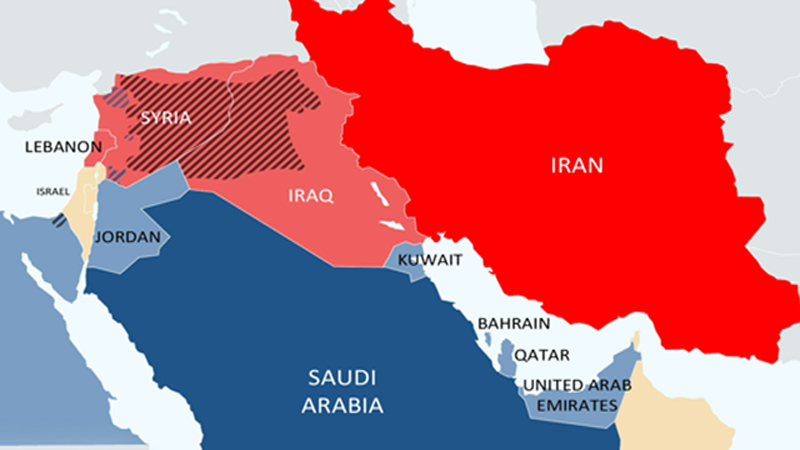 The roots of sectarianism are indigenous, but the role of international actors in providing or determining the larger political context, if not directly influencing the identity mobilisation of the groups and its subsequent politicisation, should not be overlooked.

Hundreds of Sunnis and Shias from Pakistan have gone to Syria to fight for opposing sides in the war. Sunni have answered the call for ‘Jihad’ against Assad regime, while Shia justify their presence to protecting the sacred shrines of their sect. Both sides are associated with groups and institutions that have indulged in blood and gore.

A holistic strategy demands Pakistan take a proactive approach and make maximum efforts to offset the negative influence of the war raging in Syria. One of the unfortunate fallouts of the Syria crisis was that it swiftly morphed into a sectarian war. Overtaken by war, chaos and institutional meltdown, the Islamic State and Al-Qaeda found in the civil war of Syria an opportunity to expand their ideological tentacles and geographical space, bringing with them a narrow and twisted version of Islam.

To protect his regime and delegitimise a popular uprising, Assad used the Alawite card and presented its government as the last bastion against such organisations. Politics of regional control and hegemony by Saudi Arabia and Iran only exacerbated an already bad situation. Saudi Arabia supported Sunni rebels in Syria, while Iran recruited Shia militias across the Muslim world.

General Qassem Sulamani, commander of the Quds Force of the Iranian Revolutionary Guards Corps (IRGC), in a letter to Iranian supreme leader, Ali Khamenei, writes that: “I am declaring the end of this evil and cursed organisation (ISIS).” He goes on to express gratitude to “Iranian, Iraqi, Syrian, Lebanese, Afghan and Pakistani guardians of the shrines.” Iran had created Liwa Zainabiyoun, consisting exclusively of Pakistani Shia fighters, to purportedly protect sacred Shia shrines and fight anti-government forces. The need for Pakistani Shia fighters occasioned when a significant number of Iraqi militias had moved back to Iraq to fight alongside the government forces and deal with the emergent group of Islamic State (IS).

Sunni militants from Pakistan had entered the Syrian civil war much earlier. In one of his interviews, Muhammad Amin, described by BBC NEWS as the TTP’s coordinator for Syrian Affairs, said that TTP is ‘prepared to help Muslims worldwide and determined to provide manpower support to ease the hardships of Syria’s Sunni Muslim community.”

In July 2013, a group calling itself Ansarul Mujahideen carried out a double suicide attack in Khurram Agency, killing more than fifty people. The group said, this attack was in reaction to Shia involvement in Syrian war. Two years later, in December 2015, Lashkar-e-Jhangvi Al-Alami detonated a remote-controlled bomb in Parachinar, headquarters of Kurram Agency, killing more than twenty people. Taking responsibility of the attack, the group’s spokesman, Ali Abu Sufyan, said this was to avenge brutalities visited upon Sunni fighters by Iran and Assad regime. Kurram Agency has a long fraught history of sectarian violence and it would be simplistic to attribute it to the civil war in Syria, but the potential of larger political context, shaped partly by Saudi Arabia and Iran tussle championing the ‘cause’ of two specific religious sects in which Pakistanis happen to be a part of, to entrench sectarian identity politics and exacerbate a fragile social harmony in Pakistan can’t be sufficiently emphasised.

These apprehensions have been echoed by the National Crisis Management Cell of Pakistan. In August 2016, it said it had alerted ‘law enforcement agencies to take preventive measures’. It added hundreds of fighters have been identified by intelligence agencies, whose return from Syria after the defeat of rebel forces could possibly pose a threat to Pakistan.

These warnings need to be heeded. But more importantly, it is necessary to find out the social and political dynamics that allow sectarian identity mobilisation and give space to regional actors to have an impactful influence on Pakistan’s domestic politics. As long as class consciousness is weak, progressive politics is absent, and state capacity to assert its authority is compromised, there will always be space for mobilisation on the basis of ethnicity and religion in a culturally plural society like Pakistan.