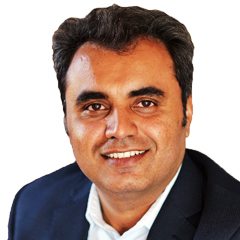 Pakistan is one of the 40 countries which have laws aimed at stopping defection, but empirical evidence suggests that these laws are hardly successful

After much hullabaloo about their postponement, the Senate elections are finally over. Once again, Pakistan has been riveted with allegations of parties buying votes and candidates voting against their own parties, popularly referred to as ‘horse-trading’ in Pakistan. Results and reactions to them were both largely expected, but they have once again created an impetus for Senate election reforms. Some suggested reforms include putting prohibiting defection in Senate elections, so parliamentarians cannot vote for candidates other than their respective parties, switching to open ballots for Senate elections and organising direct elections for Senate. These proposals can be counterproductive for parliamentary democracy while the proposed change to direct elections may not be a silver bullet, so a careful evaluation of these proposals is required, and some views are presented here.

People have demanded stricter actions against those who did not vote for their party-backed candidates, equating such voting with defection, which is an act of voting against party policies or changing parties (also known as floor-crossing). Hence, prohibiting defection in Senate elections has been suggested. Article 63-A of Pakistan’s Constitution guards against defection which could lead to disqualification of parliamentarians if they switch parties or vote or abstains from voting against party policy during elections of the Prime Minister, Chief Ministers, money bills and votes of confidence and no-confidence. Senate elections are however precluded from the ambit of the article, protecting the freedom of parliamentarians to vote according to their conscience and therefore parliamentarians are not obligated to follow the party lines in Senate elections. Such protection is grounded in human rights provided in the Constitution of Pakistan. The Inter-Parliamentary Union’s handbook on human rights for parliamentarians also suggests that parliamentarians can only protect and promote human rights of their citizens if their own rights to speak their minds are protected within a parliament.

With regards to election systems, global experiences show that no election system is perfect. Each system comes with its own pros and cons, which must be carefully and cautiously studied. Any considerations for reforms should be based on the key problems that need to be addressed

But say, if defection in the Senate elections was to be prohibited, would it be effective? Pakistan is one of the 40 countries which have laws aimed at stopping defection and empirical evidence suggests these laws are hardly successful. Otherwise, anti-defection laws can prove to be a double-edged sword. In terms of their merits, anti-defection laws are considered helpful for strengthening the political party system and supporting the consolidation of democracy. But empirical evidence also indicates that allowing defection has contributed to the consolidation and strengthening of democracies and political parties in South Africa, the Czech Republic and Poland among other countries. Demerits of the anti-defection laws include unfettered control of the political parties’ leadership over its party members. This raises a critical question ‘Should representatives who are elected by the people, be controlled by parties?’ Because anti-defection laws can undermine freedom of expression as they discourage dissent and legitimate concerns over political parties’ policies and decisions. The widely respected Venice Commission has argued that giving too much powers to parties because of defection can weaken parliaments and has termed parliamentarians losing their seats because of defection ‘contrary to the principle of a free and independent mandate’ (see its report titled ‘the Imperative Mandate and Similar Practices’ and for a detailed discussion on defection laws see studies by Sarah Miskin, Csaba Nikolenyi, Joseph Smiles, Benjamin Reilly and Kenneth Janda are worth looking into)).

Related to this, some people have suggested abolishing the secret ballot for the Senate elections and using an open ballot process like Rajiya Sabha elections in India. As the Senate is elected through indirect elections, there is no standard global practice of secrecy in indirect elections, but maintaining secret ballots has its own merits. Experiences show that secrecy of the vote is crucial for the sanctity of the ballot, voting freedom and for the safety of voters. In case of the Senate elections, this may also help parliamentarians exercise their vote freely as per conscience and be less susceptible to excessive party control.

In defence of these proposals, careful consideration is warranted of the claims that parliamentarians are elected because of a party platform, hence they should not defect from parties. Many politicians have switched parties and they still get elected, so it boils down to the chicken and egg dilemma as to who wins and why. Even if one agrees that the parliamentarians’ mandate is provided as a result of party affiliation, the question still remains ‘who shall decide disqualification, political parties or the voters?’ This is important especially given that the will of the citizens/voters determines mandates for parties and candidates, then shouldn’t the citizens/voters have the power to decide matters of defection? In the United States of America and Switzerland, a process called ‘recall’ is used in some state and local elections, where such questions go back to voters (except cases involving criminal offences or corrupt practices). 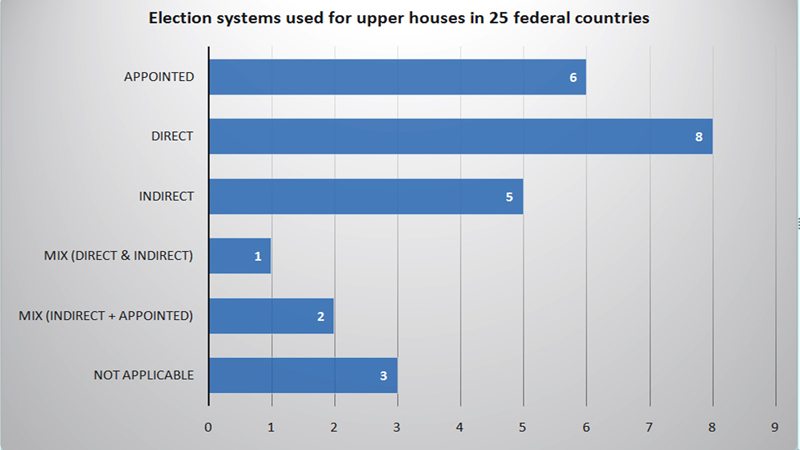 Switching to direct Senate elections is another proposal to be evaluated. Like Pakistan, 77 other countries follow the bicameral system which is a legislative system, where two elected houses operate at the national or federal level. Within these countries, there is no standard practice to choose members of upper houses. Some countries appoint senators (like Germany, Canada and Bosnia), while others elect them directly (e.g. the United States of America, Mexico and Australia). Belgium and Austria like Pakistan opt for indirect elections, whereas some countries have a mixed system of direct, indirect and appointments (e.g. India and Spain) — see chart for numbers on election systems used in 25 federal countries recognised by the Forum of Federation. The international consensus on elections suggests that at least one house should be directly elected using a secret ballot, and Pakistan already follows that.

Despite these global varieties, the question of changing the electoral system for Senate elections requires due and careful consideration. Allegations of ‘horse trading’ or ‘vote buying’ could be legitimate reasons, but whether direct or indirect, both elections are vulnerable to corrupt practices. Yet there are other factors which warrant due consideration to switch to direct elections for Senate. For example, indirect elections can result in weakening the link between citizens and their elected representatives and reducing the representatives’ sense of accountability towards citizens. A senator seeks votes from elected members of provincial and national assemblies, so there is no direct link between a Senate and citizens. One can argue that those electing senators have come through a direct public vote, hence the element of link and accountability is present, yet it remains a fact that this is a proxy link.

Many merits and demerits are involved in all the possible reforms so far suggested. Therefore, critical and careful evaluation of every option is a must. With regards to election systems, global experiences show that no election system is perfect. Each system comes with its own pros and cons, which must be carefully and cautiously studied. Any reforms considerations should be based on the key problems that the reforms intend to address, and it is pertinent to see if the proposed solution will help overcome the problem or create additional problems.

The writer is a democratic governance analyst based in Islamabad. Tweets @hassannasir