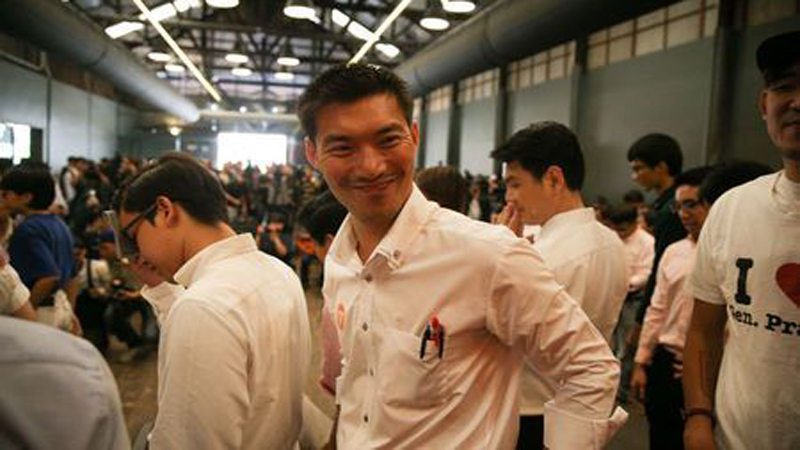 A scion of Thailand’s biggest autoparts group launched a political party in Bangkok on Thursday as an alternative to established parties, promising to bridge a festering political divide.

Thanathorn Juangroongruangkit, 39, executive vice president and director of the Thai Summit Group launched the Future Forward Party in a part of Bangkok’s old Chinatown being revived with hip shops, restaurants and galleries.

Thanathorn said he hoped to appeal to younger voters and disenfranchised citizens.

“Give democracy a chance,” the graduate of New York University Stern School of Business said in English at the launch.

“We don’t need governance through guns,” he added in Thai, referring to the ruling military, which took power in 2014.

The launch comes two weeks after Thailand’s Election Commission opened registration for new parties, one of the first signs of a tentative return to democracy.

Thailand has been under military rule since a 2014 coup toppled an elected government.

Since the coup, the generals have banned political activity. They have also repeatedly delayed a general election with the latest date February 2019.

The country has been largely divided since a 2006 coup against then Prime Minister Thaksin Shinawatra, a businessman turned politician who gained a loyal following among rural voters but made enemies among the military-royalist elite.

The military’s intervention in 2014 was to topple a civilian government led by Thaksin’s sister, Yingluck Shinawatra.

Thanathorn’s uncle, Suriya Juangroongruangkit, held various senior positions in an earlier incarnation of Thaksin’s political machine, the Thai Rak Thai Party, and the youthful Thanathorn has been described by some as the “next Thaksin”.

But on Thursday he dismissed any suggestion of links to the self-exiled former telecommunications tycoon, saying he did not side with any existing group.

“We have our own stance,” he said.

A member of the Thaksin-backed Puea Thai party welcomed Thanathorn’s party as an alternative to old military-aligned parties for voters “sick and tired” of dictatorship.