Protesting and criticising is a democratic right but resorting to violence is certainly not, in fact, it is a disservice to democratic values itself

The incidents of throwing shoe and black ink at politicians are highly deplorable and condemnable. The whole episode of throwing objects at public figures as a way of protest is reflective of increasing aggression and intolerance in the society.

Protesting and criticising is a democratic right but resorting to violence is certainly not, in fact, it is a disservice to democratic values itself.

Shoeing a public figure isn’t new to eastern hemisphere. An Iraqi journalist famously threw both of his shoes at the then American president, George Bush, during a press conference. In Pakistan, this trend is more likely to bring its repercussions; every action has a reaction.

Political ideologies are already at the crossroads in Pakistan. Leaders of different parties are not ready to accept what other says. To be more precise, they are not even ready to continue the projects that were started by their predecessors.   For the society to progress, it has to be made tolerant that accommodates different ideologies simultaneously.

The educational institutions can play a vital role in moving the society forward by inculcating the values of tolerance and pluralism. In our attempts at democratising the society, we have largely ignored the role teachers can play in shaping the mind-sets and attitudes of upcoming generation. We have unfortunate tendencies of looking at political leaders as the only role models.

Pakistan has already taken the brunt of the defective policies formed by its rulers in their respective tenure. It all happened in various forms — sometime by using religion, the other time by furthering the political ideologies. Everyone is free to think but when it comes to actions, care and consideration must be adopted to avoid any fuss. People are only interested in listening what they like, but this is not the case in highly educated and democratic societies. Absorbing diversity is key to success and development. 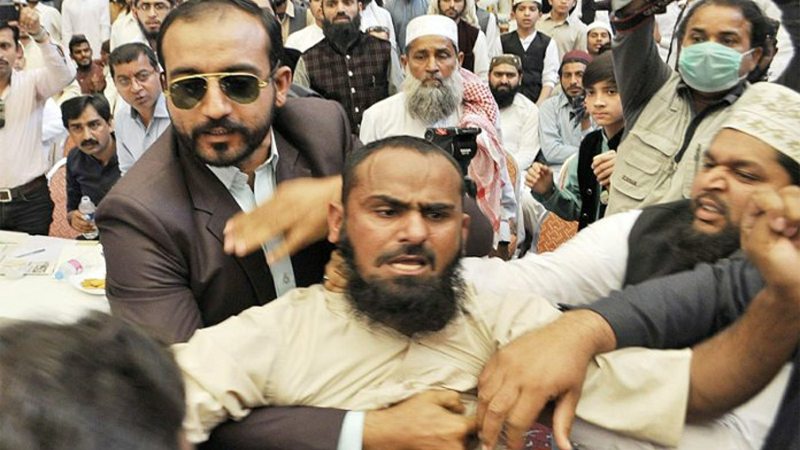 On the other side, the legislature and judiciary should also be portraying right and accurate picture of the miseries being faced by the masses. The frustration of the people comes out of unfulfilled needs of the people. It is not about any party but the matter of fact is that the people are not getting what they really deserve. Unfortunately, this has been the case since the establishment of Pakistan on August 14, 1947. The country, whose foundations were laid on right to self-determination, seems lacking in it.

The gap between the masses and their leaders need to be closed for building trust and having sustained relations with them. We have already seen political gap in tribal areas and the insurgency was the ultimate reaction. There is no space for political gap in a flattering democracy country. The political representatives are the true representatives. They in a true spirit comprehend the needs of the people.

Political ideologies are already at the crossroads in Pakistan. Leaders of different parties are not ready to accept what the other says. To be more precise, they are not even ready to continue the projects that were started by their predecessors. For the society to progress, it has to be accommodating to different ideologies

If this gap remains unoccupied, no leader and no political party will be able to do their politics; everyone will become uncompromising in one form or the other. In consideration of this gap, the chances of various types of extremist actions are more evident. These actions range from throwing shoe or ink on someone in power to bombing ruthlessly and indiscriminately.

The reasons for the contemporary incidents should be explored and be taken serious. Instead of resorting to extreme actions, all stakeholders should come close and find common grounds to agree with each other. This way issues will be solved peacefully. Lastly, we as nation are to blame ourselves for these episodes that bring forth national debate and media hype. Amid this chaos, let us hope for the best.

The writer is a professional writer and considers writing is the sole purpose of his life. He has done masters in Commerce and History and holds PG Diploma in International Affairs. He can be contacted at [email protected]