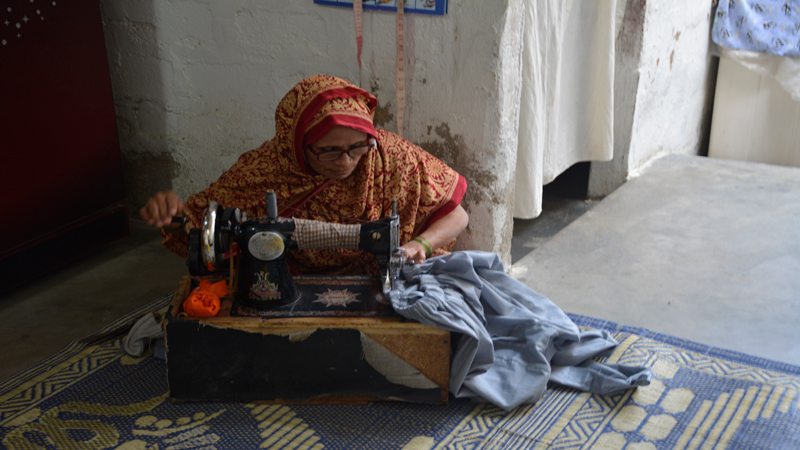 KARACHI: Farah Naz spends almost her entire day everyday working on a handheld sewing machine at her house near Sabri Chowk in Orangi town, and a full day’s labour earns her a meagre Rs.150.

Contractors working with famous garment brands deliver cloth and other required items at her doorstep and she sews them and returns ready-made garments that are sold by the brands at a premium price. “The brands sell on much higher prices but they pay us only a pittance,” Naz complains.

She started this home-based work a few years ago, when her husband fell ill and couldn’t work anymore.

“My husband died later and to feed my daughter and myself, I started working full time as a tailor,” she recalls.

Many other women in her neighbourhood, which is a slum, work with brands through their handles, sewing dozens of frocks and other clothing products for meagre earnings, without any of those basic facilities employers in the formal sector are required under the law to arrange for their employees. 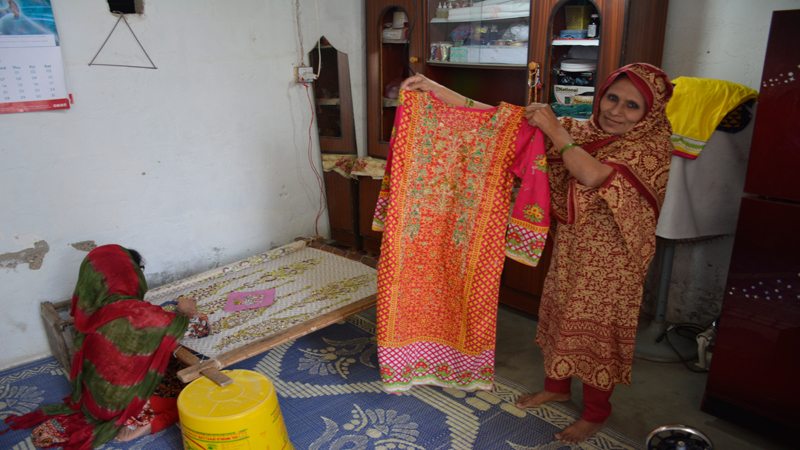 A UN Women Report 2016 indicates that home-based workers contribute almost Rs.400 billion through their wages to the national economy, 65 percent of which attributable to women. This amount is nearly equal to 3.8 percent of the total GDP as of 2013-14.

“It is difficult to look after the household since I spend all of my day sewing clothes, and the money I make isn’t even enough to pay for my children’s education,” complains Irum Kanwal, another worker in Orangi Town.

Her husband, Shakeel Ahmed, used to run a furniture shop, but after incurring losses for sometime, he closed the shop and is now looking for work. “The prices of daily use commodities are increasing every day and I am now the only bread earner for my family,” says Kanwal.

The neighbourhood experiences prolonged power shutdown, and even when there is no power, these women workers have little choice but to continue sewing clothes, sitting in dark rooms of their small shanties. “Due to the long hours of work and because of frequently working in the dark, most of the women workers have weakened eyesight,” says Rehana Yasmeen, a social mobiliser working with home-based workers. “Due to their routine of sitting all day, they get back pain and suffer with kidney related issues as well, but since there is no law to provide them medical and social security, they have no access to healthcare for these problems,” she adds. 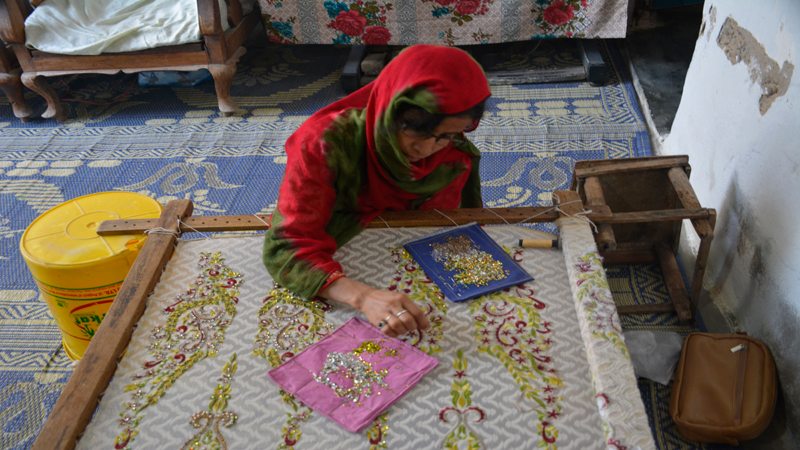 Despite having a such large workforce with a huge set of problems needing attention of the authorities, the sector did not even exist on official record until May 2017. That was when the Sindh government recognised home-based workers as part of the informal sector of the economy, and approved a policy for them. Sindh Home Based Worker’s Policy 2017 seeks to develop strategies, plans, and programmes for protection and promotion of the rights and benefits of these workers.

Activists complain that more than a year has passed since the policy was approved, a law has yet to be moved in the provincial assembly to proceed towards its implementation.

“In the absence of a law, these women workers are not entitled to get Employees Old-Age Benefits Institution (EOBI), social security benefits, social security protection, medical card and other benefits, ” says Naheed Syed, the programme officer at HomeNet Pakistan.

She says that in the absence of the law, these workers can have no access to medical facilities and job security.

“Sindh government must convert the Sindh Home Based Worker’s Policy 2017 into a law, so that these workers may get their due rights,” Syed demands.