Keeping India out of Pakistan-Bangladesh relations

Pakistan and Bangladesh share a bitter past. They were one country and before 1971 and got separated in a painful and bloody war.

In December 1971, the then Eastern Wing of Pakistan separated from the Western Wing due to political differences that emerged after 1971 general elections.

It is now abundantly clear that the separation of East Pakistan was a result of Awami League’s guerilla war against Pakistani military, which was engineered by India. India also did not shy away from launching a direct military aggression against Pakistan in December 1971.

This fact became even more confirmed and clearer when Indian Prime Minister, Narendra Modi admitted during his visit to Bangladesh that India played an important role in the break-up of Pakistan.

But despite these substantial proofs, the Awami League led governments in Bangladesh have always accused Pakistani military of committing atrocities against Bengalis.

Awami League deliberately ignores the fact that in 1971, its own activists were committing atrocities at a large scale against fellow Bengalis who opposed the idea of a separate Bengali nation. Those who were against Pakistan’s break-up were brutally killed by Awami League’s activists.

In order to cover up its own war crimes, Awami League has held several unfair trials of Jamat-e-Islami for their alleged war crimes in 1971. The party has also executed Jamat-e-Islami leaders.

In any case, since 1971, India and the Awami league governments have been jointly organising propagandist programs to create and maintain hatred among the people of Bangladesh and Pakistan.

This includes many projects, such as setting up of the war museum, exchange of wartime documents, Indian army soldiers’ mausoleum, making documentaries and feature films and issue of postal stamps. In this regard, India has recently circulated a movie via Youtube showing 1971 war events, boasting self-proclaimed superiority of the Indian military. 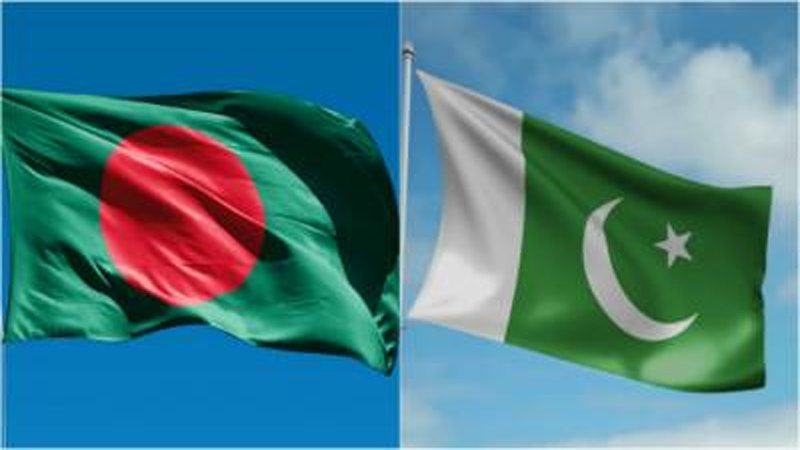 Due to India’s above mentioned propaganda and its lobbying against Pakistan, Awami League has adopted a permanent hostile stance against Pakistan. Since Bangladesh Nationalist Party (BNP) and governments of other parties were more pragmatic about 1971 events, BD’s relations with Pakistan had progressed considerably under the governments of Ziaur Rahman, Begum Khaldia Zia, and Hossain Mohammad Ershad in Bangladesh, who had maintained distance from India. Five Pakistani heads of government have made official visits to Bangladesh since the 1980s and numerous trade and cultural agreements have been signed. Trade between the two countries currently stands at $340 million, which is ‘negligible’.

Prime Minister Sheikh Hasina Wajid visited Pakistan in 1998 and, Pakistani General Pervez Musharraf visited Bangladesh in July 2002, including the war memorial and said, ‘Your brothers and sisters in Pakistan share the pain of the events of 1971’.

It is important for both countries to forget their bitter past, shun India’s role and develop mutually beneficial relations to improve their economies

But in the changed geopolitical and strategic environment around South Asia and with emerging economic opportunities, it is important for both Pakistan and Bangladesh to forget about their bitter past, shun India’s spoiler role and develop mutually beneficial relations with each other to improve their economies and wellbeing of their people.

In this context, it would be wise if Sheikh Hussina Wajid also forgets the bitter past, shuns India’s spoiler role, and endeavours to improve BD’s relations with Pakistan and Bangladesh should join the CPEC to exploit vast trade opportunities within South Asia, with West Asia, the Central Asian Republics, China and Russia.