The lesser known perils of child sexual abuse in Pakistan

If one has to describe what child sexual abuse is, it can be rightly described as a trampling of a bud prior to its bloom. It is a tragedy that leaves deep wounds on the victim’s soul that can never healed. What makes this tragedy even more tragic is that most of the times; the abuser is someone the victim already knows.

The recent cases of child abuse have exposed how the notorious networks and gangs of such criminals operate. Some have even claimed that there exist online pornography rings that abuse children for their black industry.

For every ten minors who are abused, four lie between the ages of eleven to fifteen years. The second most vulnerable age group is six to ten years. Three out of ten abuse cases were from this age bracket

A lot has been said about the punishment and legal measures that must be taken for the prevention of child abuse. But there is hardly any debate over the social causes of this menace. Nobody seems to be aware of the fact that in most of the cases, these perpetrators belong to our own families and live around us. 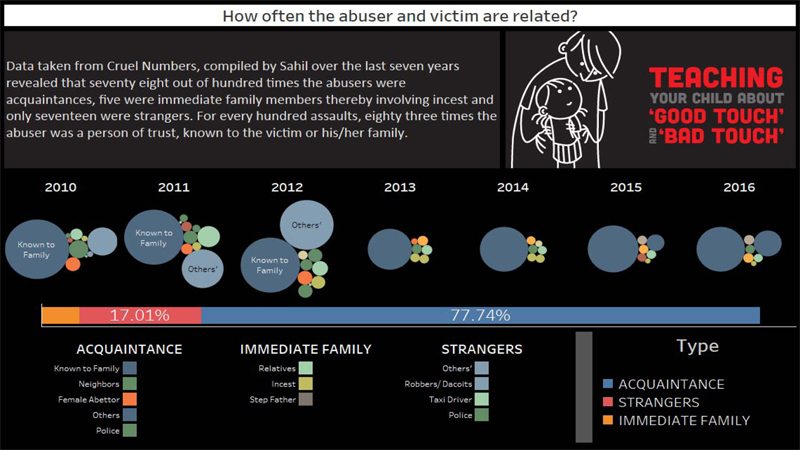 Paedophilia is also one of the major causes of child sexual abuse. It is high time that we admit that paedophilia is very rampant in our society and needs to be addressed.

Data collected by Sahil has revealed that seventy eight out of hundred times the abusers were acquaintances, five were immediate family members thereby involving incest and only seventeen were strangers. For every hundred assaults, eighty three times the abuser was a person of trust, known to the victim or his/her family.

According to the data collected from 2015-2016, there is an  increasing and positive trend of reporting the cases for both boys and girls. 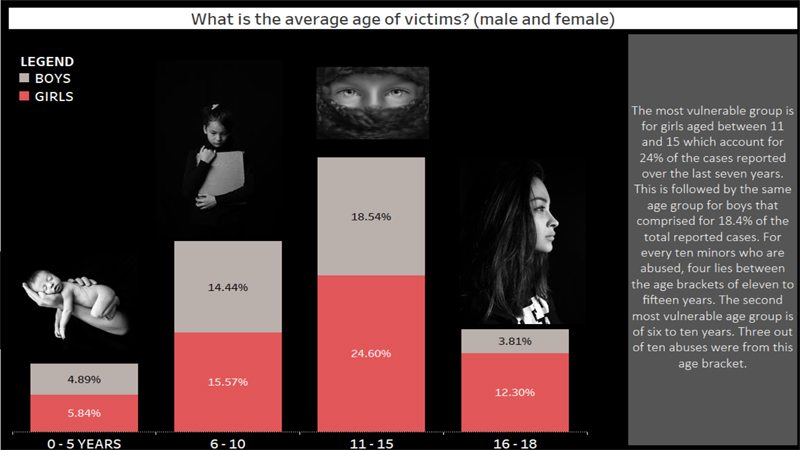 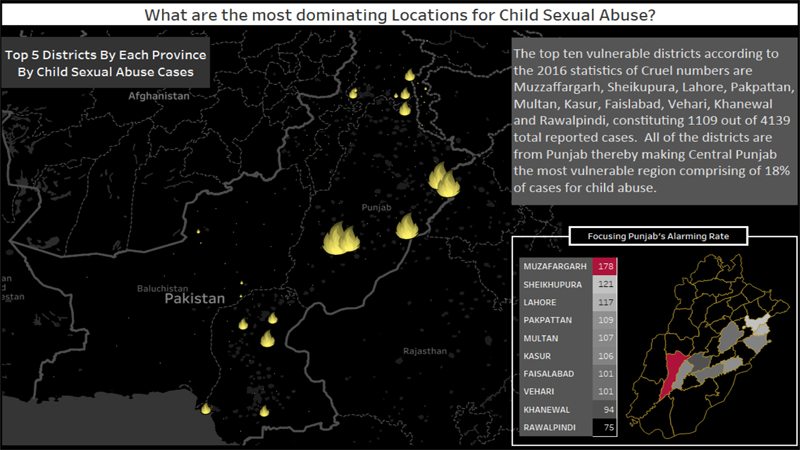 The top ten vulnerable districts according to the 2016 statistics are Muzzaffargarh, Sheikupura, Lahore, Pakpattan, Multan, Kasur, Faislabad, Vehari, Khanewal and Rawalpindi, constituting 1109 out of 4139 total reported cases.  All of the districts are from Punjab thereby making Central Punjab the most vulnerable region comprising of 18 percent of cases for child abuse.

In case of indoor places, four out of ten times the place of xplace and four time the place is the victim’s place. Other top places of abuse according to the data are school, workplace, mosque, shop and haveli. Amongst the outdoor places, the top ten places of abuse are field, street, jungle, market, deserted place and graveyard. 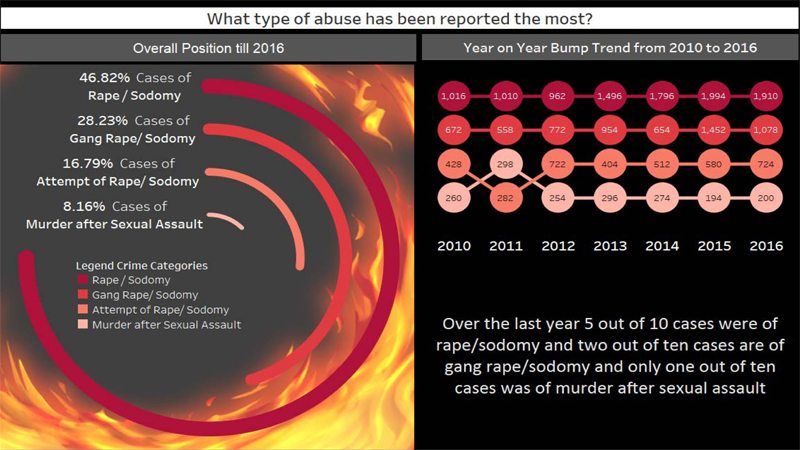 The data again institutes a close relationship between the abuser and victim especially in the case of closes places. Eight of ten times the place of abuse is lived in by either the abuser or victim.

Mamtaz Gohar, Senior Programme Office Media for Sahil mentioned that the past three years have seen an astonishing rise in the reported cases for incest and abuse by relatives. While the increase in trends is disturbing he further stated, ‘The Zainab case has created a lot of awareness for both parents and children in Pakistan’.

The writer is the CEO and Co Founder of Maven Logix which specialises in data, design and development. She has been involved with numerous projects with both the government and private sector for digital solutions, capacity building and training. Her main areas of interest are data analysis, creative story telling and strategizing end to end solutions for ICT