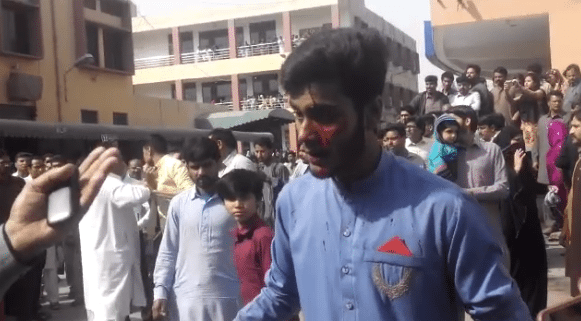 Faisalabad: An FIR has been lodged against DHQ Hospital security guards for assaulting journalists who were covering a protest by nurses in Faisalabad on Friday.

The FIR, lodged against security guards and several staff members of the DHQ hospital, was documented on complain of journalist Khadim Gul.

Earlier, the nurses of the hospital shut down the emergency ward in protest to a prior incident, when a ward boy allegedly molested a nurse after locking her in a room.

However, the hospital management attempting to safeguard the ward boy ordered a battering to the local news reporters to keep the matter away from the media.

The cameraman of a local news agency was tortured including a number of other journalists by the security officials, on orders of the civil hospital management, leaving 14 journalists injured and their cameras wrecked. 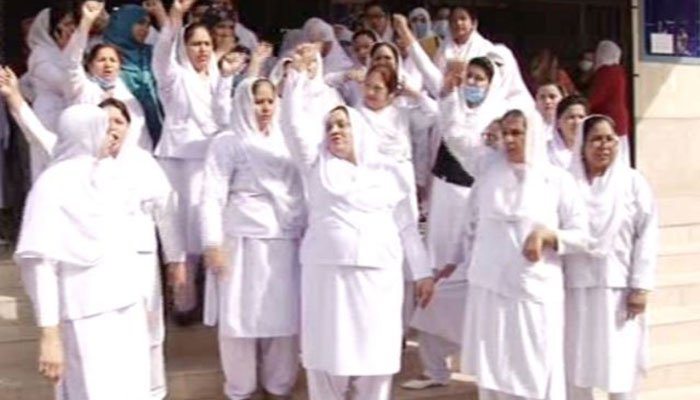 The nurses are on strike until justice is served.

DC Faisalabad Salman Ghani took notice of the incident and formed an inquiry committee under the supervision of the Assistant Commissioner Ahmad Kaifi.