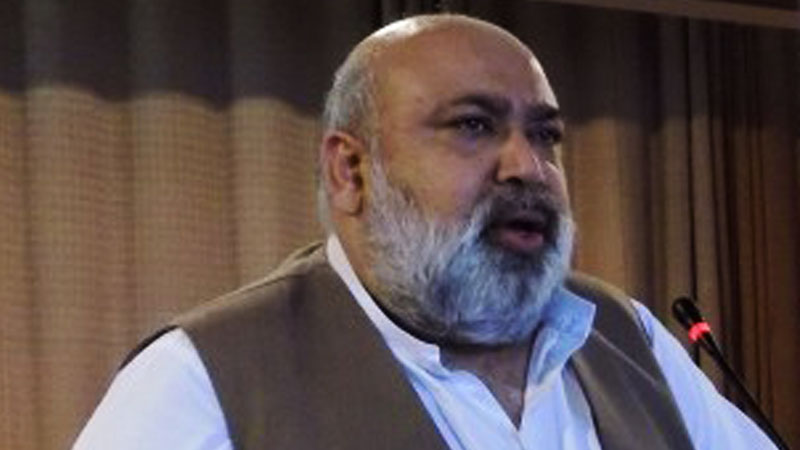 ISLAMABAD: The speakers at a seminar on Engaging Youth for Sustainable Development Goals (SDGs) collectively called for engaging youth, especially students, in a better understanding of the developments goals in Pakistan’s context and play a practical role in meeting these goals.

Non-government organisation Bargad, working on youth development, with the support of Oxfam, arranged the seminar.

The objective of the seminar was to involve youth from higher education institutions in Pakistan with the SDGs through orientation and awareness. The seminars are focusing on gender equality, ensuring availability and sustainable management of water and sanitation for all, sustained, inclusive and sustainable growth, safe, resilient and sustainable human settlements and peace, justice and strong institutions. Oxfam Country Director Muhammad Qazilbash and Islamic International University Rector Dr Masoom Yasinzai were the keynote speakers.

The framework of SDGs provides an avenue where 17 goals and 169 targets call for involving Pakistani youth with the SDGs.

Addressing the seminar, Muhammad Qazilbash said that the youth should understand they are not the future of Pakistan rather its present. He said that previously Millennium Development Goals (MDGs) had failed in meeting the challenges of development and that is why the international community created SDGs to include those issues which were not incorporated in the MDGs. He said the government has decided to unite Pakistan’s national development goals with SGDs and therefore it had become necessary to fulfil these goals.

“Pakistan is the only country to include SGDs in its national agenda and internal and external partnerships are necessary to realise these goals. The youth spaces are shrinking in Pakistan day by day mainly due to extremism and there is a dearth for appropriate platforms where youth can express themselves and realise their potential in economic, social and political/civic spheres,” he said.

Dr Masoom Yasinzai, while appreciating the initiative, said that engaging youth in understanding SDGs was important and will help the students play a constructive role and also challenge the government on development issues. He said Pakistan had around 56 million youth and we had to put them on the right track. He said that through such interactions, the students will be prepared to meet the required development needs accordingly and focus on market-based ideas and plans of meeting these goals to create better opportunities and play their role.

Bargad Executive Director Sabiha Shaheen also agreed with the fact that youth spaces were shrinking in Pakistan day by day and there was a dearth for appropriate platforms where youth could express themselves and realise their potential.

The panellists of the discussion on these SDGs urged students to understand these goals.

Saad Gillani of the International Labour Organisation (ILO), called for freedom, equality, security and dignity in the employment sector. He said child labour, bonded labour, low wages and forced labour were still big issues in Pakistan. He said creating jobs for youth was also a big challenge for Pakistan.

Noor Imran of Bargad said Pakistan’s performance was ranked at 122 among the SDGs index in 2017. It is, however, a source of concern that the World Economic Forum placed Pakistan as the second worst country on gender equality in its Global Gender Gap index released in November 2017.

The panellists called for creating awareness and knowledge about how critical the SDG goals were to uplift the lives of the people and how to make the process sustainable and inclusive.

The seminar was part of a series of seminars Bargad and Oxfam plan to have such interactions in 12 universities and higher education institutions in different regions of Pakistan.

A large number of students and faculty members participated in the seminar.