Pakistan sports-broadcast media used to be far ahead of India: Hemant 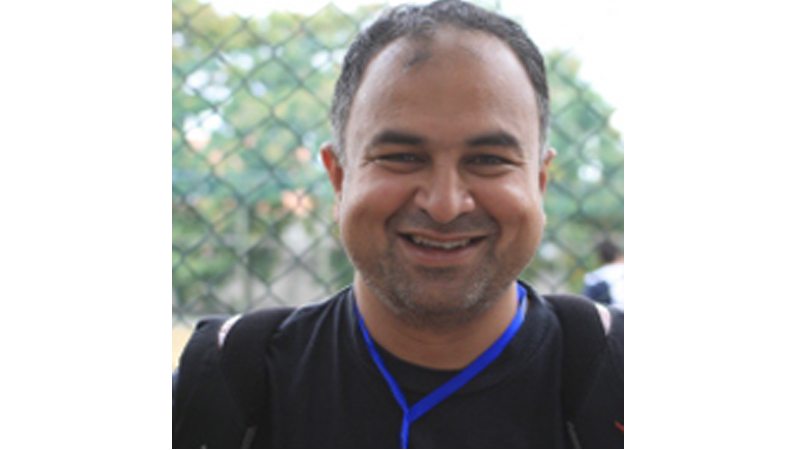 Indian sports broadcast industry has made headway during the past two and a half decades and well and truly managed to secure world class status. Behind each thriving institution stands a leading-edge workforce that can efficiently turn a vision into a burgeoning organization. Hemant Buch is a top Indian sports producer and broadcaster and I relished the opportunity to talk to him exclusively as he himself is responsible for top-notch coverage of numerous high-profile sporting events all across the Asian continent for Ten Sports. He is extremely popular amongst sporting fraternity in the entire sub-continent for being insightful, genial and his down-to-earth nature. He starkly reminds me of Pakistan sports producer Adnan Malik as both are cast in the same mould. They were dynamic athletes during their college days and even today they play badminton and squash to retain physical fitness. Both are wizards when it comes to sports production and are of very similar physical built as well. But there is one glaring contrast – India discovered rough diamond in Buch only to cut and polish it and today he is sparkling jewel in the crown of Indian sports industry. While Malik, super talented himself, is cast away somewhere in the abyss of oblivion as we failed to avail ourselves of his talent and potential.

Buch is such a wonderful character to talk to. His family migrated from Montgomery ( now Sahiwal, Pakistan) to India after partition in 1947. His grandfather was co-founder of Montgomery Cricket Ground as a civil executive officer. Buch was an outstanding badminton player and a gold medallist at regional level in India. He played cricket as well and his most favourite player was Victor Trumper while in Pakistan he had huge regard for Imran Khan and Waseem Hasan Raja. Though he considered Javed Miandad the “toughest nut” to crack and termed him “macadamia”. Still the sport closest to his heart is hockey and particularly Indo-Pak contest. When I asked him about chances of resumption of bilateral series between the two countries in the near future, he said its up to the political leadership of India and Pakistan to make it happen.

In 2004 Indian cricket team toured Pakistan along with Ten Sports production crew and the memories of that visit are indelibly etched in the mind of Hemant. He is great admirer of Pakistani hospitality and termed Pakistan as his second home and had delightful days during that tour in Lahore. He is again all-set tour Pakistan for Pakistan Super League (PSL)-3 but this time he is engaged by D-Sports. As a child he lived close to Pakistani border hence had access to Pakistan Television’s terrestrial transmission. He still remembers waking up to Muhammad Ali’s boxing bouts on PTV. He told me that Pakistan TV, in term of quality, stood well ahead of India but now dynamics have changed in every respect. While Pakistanis are busy trying to find ways and means to arrest the spread of extremism and terrorism, Indians are making their fortunes in every sphere of life. Today India has 13 channels while Pakistan hardly 2 and none is comparable to any Indian channel. Though Buch believes PTV stacks up against Indian DD but I reckon its generous of him to bracket these channels together. Its high-time for Pakistani authorities to wake up and take some concrete steps towards retrieving our lost glory in the light of Buch’s analysis.