“Ignorance is always afraid of Change”, said Jawaharlal Nehru, the founding father of modern-day India. However, ignorance is not afraid of climate change in parts of Pakistan, where beliefs rule over science and policy to deal with hazards and risks.

“We don’t know what climate is. Even if there is a change, it is due to our sins. God save us all,” says Barkat Massih in Christian Colony of Lahore, who was one of the respondents to a recent survey conducted by Urban Institute, a Washington based think tank to evaluate the effects of climate change on urban slum dwellers. Fifty percent of the survey respondents belonged to Pakistan and only seven percent of them “felt” the effects of climate change against 95 percent in Dhaka and 85 percent in Delhi.

Ashraf Ali who is a50-year-old Rickshaw puller in Dhaka feels that seasons are not as diverse as they were in his childhood. “Rain comes earlier and so does winter. The length of winter has shortened. Sometimes, cold weather comes untimely.”

Yashpal, a 24 old slum dweller of Hanuman Camp slum in Delhi, also thinks the same. For him, summers have become hotter, and winters have become warmer and last for a shorter span of months. “The flooding of these slums has become an annual phenomenon for most residents. During rains, all our work stops for at least a month. All the water from this drain is filled up here until our knees. It causes all sorts of diseases too”, he laments.

The intriguing and sharply contrasted responses obtained from city dwellers in Pakistan against those from India and Bangladesh is baffling the researchers who can give no other plausible explanation for this variance except “ignorance” and difference of risk perception among the respondents.

As per meteorological data and international literature on the subject, the whole Indo-Gangetic region has been receiving the climate risks such as heatwaves, floods and epidemics in recent decades, making them one of the most vulnerable regions in the world. In 2015, a heatwave across India and Pakistan killed at least 3,500 people, and in 2017, the municipal authorities in these countries were put to alarm as early as April due to an unprecedented temperature hike. The predictions for future portray a bleaker picture.

Eun-Soon Im of Massachusetts Institute of Technology(MIT) claims that at least 30 percent of the projected 2 billion population of Pakistan, India and Bangladesh could face unliveable heat conditions under a business-as-usual scenario and the so-called “wet-bulb temperature” may be felt by 70 percent of population by the end of this century.

The study results give pointers to urban policy makers and development practitioners, and urge them to explore the link between the “awareness bias” and vulnerability of the population, especially the women, the elderly and the urban poor and integrate the findings in local disaster management plans.

“The disaster management authorities need to ensure that the ignorance of people to climate risks should no longer be a choice in the information era,” pleads Hina Lotia of LEAD Pakistan, who is the principal investigator of the study.”A joint framework of cooperation to combat the common climate risks across the region is needed, which should integrate aggressive risk perception and behaviour change communication on heatwaves and other climate hazards and their impacts on health and food security”, she adds. 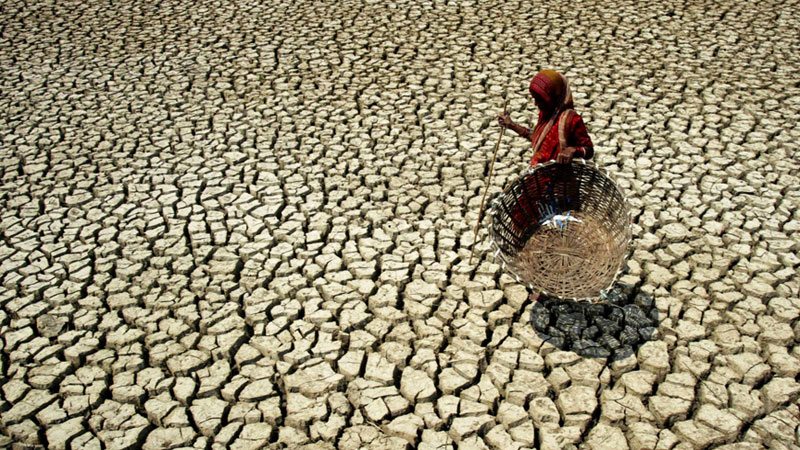 The findings of the study help the research team develop a blueprint of action for South Asian governments. Besides technological and governance suggestions, the study urges for an aggressive communication campaign to plug the gap between perception and reality about the climatic risks in Indus basin.

A few areas have also been identified where empirical evidence needs strengthening for soundpolicymaking. “These include the potential impacts of increasing temperatures on the economic well-being of urban populations, cost of energy, poverty, housing, gender and family relations and above all, the survival and resilience of one of the richest civilizations in the world”, points out Dr Ammar Malik of Urban Institute in Washington DC, who is closely associated with the project.

The existential threat to Indo-Gangetic civilisation posed by climate change is not an altogether exotic phenomenon to this region. Archaeologists claim that it was one of the possible causes of the demise of Bronze Age Indus Valley Civilisation, which flourished in this region 4,000 years ago.

Experts believe that the excavated sites of this civilisation at Mohenjo-Daro and Harappa will face the wrath of a more hostile Sun in coming decades and urge the governments to let the buried remains remain buried. They also fear that if the present trends continue unabated, then the region is highly likely to see a mass exodus of baked refugees in less than a century and the evaporation of civilisation yet another time.

However, the urban resilience practitioners, interviewed as part of the study, are more optimistic. Asif Naseer, Special Magistrate at Lahore Municipal Corporation, says, “This is a preventable problem if the people are made to understand the potential scenarios with rising temperatures, smog and other climate risks and the government treats it as a public health issue.”

The heatwave, dengue epidemic and smog in parts of India and Pakistan should have whipped the national and sub-national governments to action, but unfortunately, ignorance and inaction are their common enemy.

The emerging climate risks also unfold an opportunity for cross-border cooperation and sharing of knowledge and expertise. Each country must offer a helping hand to others in communicating the science of climate change to the people and developing their resilience. Otherwise, all the proposed economic growth will be unsustainable and the ambitious development plans of the region will be subject to the gravest of all risks.

The author works as Team Leader, Sustainable Cities Initiative at LEAD Pakistan, Islamabad and can be reached at arshedrafique@yahoo.com