The new national security doctrine of the US focuses on a greater power competition than terrorism, which is a clear deviance from the past 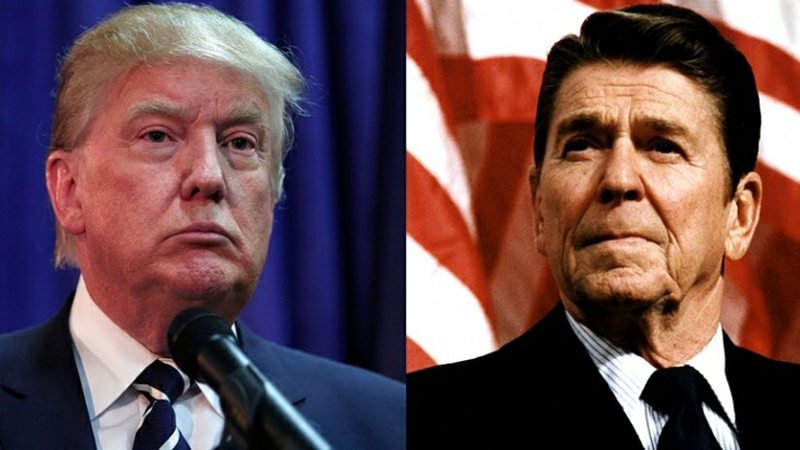 Donald Trump might lack the eloquence of former US president Ronald Reagan, but the content and intensity seem to be there. He has embarked on a foreign policy course encapsulating triumphalist clichés, self-serving assumptions and predetermined conclusions of hardcore factual situations — a route exactly taken by Reagan in the aftermath of détente.

Reagan, under the dark clouds of cold war, found himself up against the challenges of the Soviet intervention in Afghanistan that posed a threat to Persian Gulf oil supplies destined to the Western block, martial law in Poland, and communist expansion in Angola, Ethiopia, Nicaragua, and Mozambique. He counted communism as a disease and regarded the Soviet Union as an ‘evil empire’ that continued its expansion during the decade of détente — a decade of neglect on the part of US. Like Harry Truman, Reagan believed the Soviet Union to be offensive and revisionist, concluding the world as engaged in an ideological war between authoritative communism and free market capitalism. But contrary to Truman, he was more interested in defeating Soviets rather mere containment.

To reclaim lost monopoly over the Soviets and ensure full spectrum dominance, Reagan embarked upon a space-based defence initiative dubbed as ‘Star Wars’, and supported anti-Communist forces in Angola, Ethiopia, Cambodia, and Nicaragua. He introduced stinger ground-to-air missiles to the Afghan mujahideen that proved decisive strike on the already bleeding Soviet empire.

Trump considers his predecessor Barack Obama’s presidency as an era of the US’ retreat, where it lost its unipolar position and prestige across the world

Trump considers his predecessor Barack Obama’s presidency as the era of the US retreat, where it lost its unipolar moment and prestige across the world. Under Obama, Bashar-ul-Asad crossed the Rubicon with impunity when he gassed people in Syria, Putin’s Russia annexed Crimea, and China consolidated in South and East China Seas. Obama’s siding with the tide of Arab Spring for the promotion of democracy in the Middle East drove the region into chaos.

Like Bill Clinton in Afghanistan, who allowed the Taliban to capture Afghanistan and harbour Al-Qaeda, Obama did little to fill the security vacuum in Iraq, making it conducive for the ISIS. Obama administration was promoting stability on Syria-Iraq border and regime change simultaneously. Unrelenting NATO expansion to the Russian borders brought nothing for the US but a nationalist and militaristic Russia to the benefits of obstinate Putin. Aimed at the Chinese containment, co-authored by Hillary Clinton, ‘Rebalancing to Asia Pacific’ strategy has proved counter-productive that received less attention than mere lip service prompting a knee-jerk response from Beijing regarding the rise in military spending.

These developments have led president Trump to believe that Obama administration’s adventurist policies invariably provoked other great powers without forcing their compliance with the US priorities, which has turned troublesome possibilities into dangerous realities for the US.

Realism is back in full swing to the intensity of cold war. For realists (all notable realists opposed Vietnam and Iraq war), small countries and non-state-actors don’t matter because they suck your military machine and rattle your prestige. Trump, with no exception, has swiftly shifted his focus: from terrorism to competing against the revisionist China and Russia, who, according to many in the US, intended to rig this post-WWII liberal economic order and unsettle the global balance of power by dislodging the US from the top slot.

For Trump, a currency manipulator — China, is asserting power in East Asia, and its use of predatory economics is a threat to capitalist order. A resurgent Russia has also denied the US easy victories in Syria and Afghanistan and has annexed Crimea. Both cases have tended towards the violation of international borders and drawing the map at gunpoint because the US has lost the edge.

To counter the adversaries, Trump is providing arms to Ukraine and Poland against Russia, and licencing India, Japan, and Australia against China. Apart from that, a trade war is also on the cards with China, where much hyped OBOR can turn out to be an instrument of Chinese exhaustion and over-stretch on the lines similar to the arms race with the Soviet Union during the days of the Cold War.

Going tougher against North Korea with nuclear options open is an attempt to test Chinese resolve in the region, and Trump administration’s willingness for the nuclearisation of South Korea and Japan against the common challenge China is understandable.

In case of Afghanistan, president Trump has opted to go against his pre-election instinct to pull out US forces from the country. In consenting to the proposal of his national security team to hold the line in Afghanistan, he now seems to be persisting in keeping the mission confined to killing terrorists. In doing so, he not only intimidated Pakistan of dire consequences but also lured its arch nemesis India for a more prominent role in Afghanistan to the detriment of Pakistan.

Conclusively, in a post-American world where the rise of the rest is posing a significant threat to the US pre-eminence, Trump’s military Keynesianism and coercive foreign policy is thoughtout response. Since China and Russia cannot be put into the category of those who support terrorism, the shift from terrorism to long-term strategic competition with China and Russia was foreseeable.

Stuck in the cold war mindset, Trump is attempting to rationalise zero-sum dictum by unfolding China and Russia as authoritarian, inconsistent with liberal democracy and free market economy, making a case for good versus bad, and vows to go against them by highlighting the degree of the threats they pose to the US-led world order.