Pakistan – A Personal History: Good for popular support but at times a bit naive 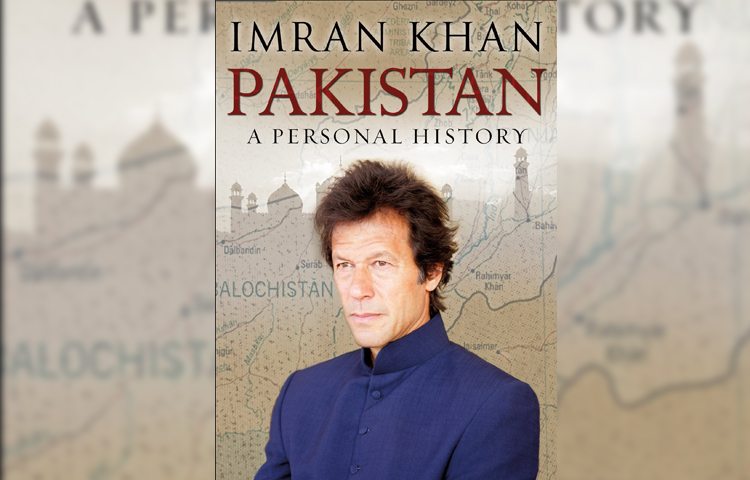 Pakistan: A Personal History is perhaps famed cricketer-turned-politician Imran Khan’s best attempt at informing the world just where he stands in this tumultuous era of Pakistan’s history, as well as how he arrived to that destination and where he intends to traverse further. Comprising of both an autobiography that delves into the intricacies of his life and the obstacles he overcame to reach his contemporary status, as well as a thoughtful commentary on the history of the Pakistani republic, specifically the many ruling powers that came and went, Pakistan: A personal history is undoubtedly a fascinating read. It is, however, not without its many visible faults and clear politicking.

Unsurprisingly, like most public figures, Imran Khan offers a version of his life that is both extremely simplistic and easily understandable as well as mostly devoid of anything seriously controversial or seemingly unacceptable to contemporary Pakistani society. His writing is peppered with religious references in order to strengthen its appeal and supposed spiritualistic incidents that may or may not have been exaggerated for literary effect. If his intention was to reach out to the average readers and inspire them with his own tale of incredible difficulty being answered by unwavering commitment and fierce resilience resulting in marvellous and awe inspiring victory with his cricket anecdotes, the story of the founding of Shaukat Khanum Memorial Cancer Hospital & Research Centre and the early history of his political party, Pakistan Tehreek-E-Insaf he has achieved just that resoundingly well.

He also does an excellent job in clearly conveying his position on the country’s socio-economic crisis and his justification for his views, if not ultimately convincing are still quite comprehensible to even the most apolitical of readers. Imran Khan has aligned himself with such progressive voices as Jinnah and Iqbal, unsurprisingly, preaching a path of enlightened moderation and religious harmony, albeit not full secularism or liberalism in the western sense. His advocacy for social and technological development within the context of indigenous rituality while not unique can be appreciated and his criticism on the extent of Anglophilia currently plaguing the country may often seem greatly hyped but it is not without merit.

His comments on American-Pakistani relations however, are rather simplistic, lacking any real depth or proper explanation. Either Imran Khan is himself very naive of the nature of foreign relations (highly unlikely) or he’s offering an acceptable narrative that will appease his populist support base. He makes it so that it appears some arrogant force of cold indifference from the US coupled with the malevolent materialistic nature of the Pakistani elite is the progenitor of all the instability currently occupying the lands east of Peshawar and north of Islamabad, a notion that is unjustifiably condensed and potentially misleading. He correctly points out the consequences of drone warfare and military operation in the northern and western regions of Pakistan but largely fails in giving a proper, balanced and accurate explanation for the troubles that exist in those parts of the country, perhaps deliberately.

His criticism of liberals is rather far flung and outlandish, a visible attempt of appealing to his broad conservative base. Imran khan is one of those individuals who mistakenly believe that some fictitious powerful upper class of vehemently anti-Islam English-speaking, dress-coat wearing secular liberals represent one of the most powerful players in Pakistani politics. Islam is under no threat or existential danger from the Pakistani upper classes among which religious observance is nowhere near as miniscule as Imran Khan implies. He also fails to fully explain what in his view fully constitutes “liberal extremism “.

His complaints against socio-economic inequality and classicism are fully justified and well articulated, his attacks on what he dubs “materialism” are rather vague and undefined. At times he treats capitalism as almost mutually exclusive and utterly antagonistic towards religiosity. Despite the apparently pro-welfare attitudes he does disavow full on Marxism and socialism, maintaining an unsurprising degree of ambiguity with respect to his position on economic matters. He does quite brilliantly lays out his criticism of all the major governments formed within the country during the past few decades, at the very least one is forced to give at least some credibility to IK’s accusations of corruption, stupidity, wilful ignorance and downright selfishness against Benazir Bhutto, Pervaz Musharraf, Nawaz Sharif, Asif Ali Zardri etc.

Overall, Pakistan: A Personal History is quite an informative book, a must read for anyone who desires a gateway into understanding the tribulations of the Pakistani republic through populist lens. An undeniably fascinating autobiography with rather unoriginal political thought the book does very well serve its intended audience. It appears to have been very carefully crafted to appeal to a certain section of society and even more so to a particular mindset of religious reformism and social egalitarianism, an act which is by no means malevolent or sinister in any conceivable way but is glaringly obvious to any attentive reader. Despite this, one can still appreciate the commentary for its level of the intensity of criticism it rightfully levies against the past rulers of Pakistan. As a book it mimics its author strikingly well, criticizes the most undesirable of elements effectively and offers serious inspiration but fails to build an effective grand narrative and at times appears doomed to naivety.