‘Lahore, I am Coming’ — embracing the city’s cultural offerings 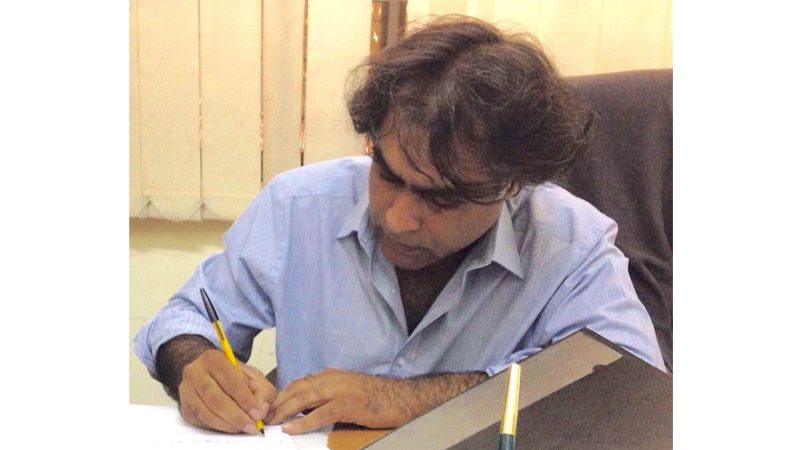 ‘Lahore, I am Coming’, Rizwan Akhtar’s first collection of poems is an odyssey into the rooted multiplicity and thriving vibrancy of Lahore – a city marked by its ‘tea-brown heat’ and ‘paradoxical doors’. To look at, the book jacket is formed with polychromatic pyramid like structures built brick by brick which triangulate the historicity of maroon bridal Lahore that endures ‘ashes’. Badshahi Mosque and the Lahore Fort, crowded by an assortment of animated trees in the background, bespeak of Lahore’s rich cultural heritage. ‘Aaalef’ and ‘Meem’ written in both Arabic and Roman transliteration suggest that the poet exists within the lingual annexation of Urdunised-Arabic, Urdunised-English, and Englishised-Urdu.

Like Lahore, the poems in Lahore, I am Coming are marked by their ‘heterogeneity of traffic’. Each page of 220 pages (of slightly-roasted-peanuts hue that exhume an illusion of tea-dyed paper) of the collection offers a fresh thematic riff. In fact, each verse in the collection is carefully weighed and weighted to procure precision of expression, so much so that the reader is compelled to halt at each page through the traffic of 180 plus poems.

The collection contains numerous poems which, in rich realism, lay out and celebrate the cultural centrality of marriage ceremonies in Punjab. Some poems in the book are a homage to Lahore’s epicurean gums. The collection also carries a few poems on familial motifs punctuated with a nostalgic surge for the gone and a strange curiosity for the unknown and uncertain future

Predominately, the book reverberates the concern for digging, resuscitating and reinventing language. Akhtar perceives Lahore as a poet, an ancient one, a caretaker of language, hence culture. However,

of the germs of poems, so many

inside ovaries of suspicion

from a well-crafted distance

I am now a wave of silence

tiding you up to safer shores.” (I Cannot Prove Love)

Which is why, Akhtar by employing his ‘Bardic witnessing’ (as in the words of Fiona Sinclair) proves his love for Lahore by digging the body of language in Lahore. Language is everywhere in Lahore. Trees, perhaps the oldest inhabitants of Lahore, which ‘stand like arrogant histories’ are like ‘extinct languages’.

Language, in Akhtar’s poems, appears almost as a method – a method of enunciation of both formation and transformation. That is why, ‘darkness’, ‘body’ and ‘silence’ transform into a language. Following the same urge of spectating language enact a formation and transformation, the persona of the poet and Lahore yolk together, and (like Prometheus) the poet/Lahore doles out language (voice) to every lingually-deprived subject around him, including ‘A Rustic Milkman’, ‘The Maids of the City of Dust’, ‘The Dying Dog of the City’, ‘The Dancing Courtesans of Old Lahore’, and ‘The Boot Polish Man’ etc.

Moreover, it is of pertinent attention that Akhtar (a local poet who dabbles in foreign fantasies) does not believe in nurturing one exclusive language but openly owns all ‘My Languages’ that he has a contact with – Urdu, Punjabi, Arabic, Persian, English, and French (rarely). This suggests the poets’ constant preoccupation with (to borrow Alistair Paterson’s words) ‘cross cultural stress and the sense of exile’. 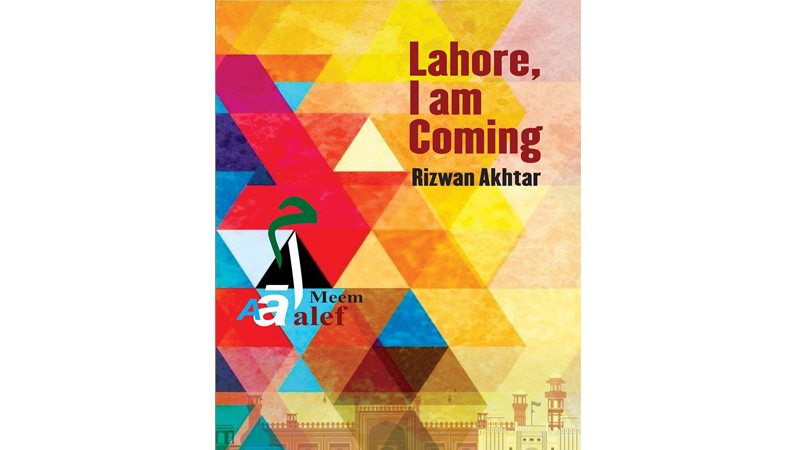 Tariq Rahman in A History of Pakistani Literature in English 1947-1988, the very first book (published in 1990) documenting a history of Pakistani literature written in English, claims that like Pakistani writers of fiction and drama, the poets too did not respond in any significant way to political and historical changes in Pakistan”

Akhtar’s poetic self, however, is exceptionally conscious of the tapestry of ‘political and historical changes in Pakistan’. Like Faiz Ahmad Faiz, Akhtar is ‘a poet with a manifesto’ – a manifesto to be ‘featherless’ and ‘flew in all directions’, including political and historical awareness. In Lahore, I am Coming, poems like ‘1971’, ‘Under House Arrest in 1979’, ‘In Times of Sit-in’, ‘Lahore Feasts’, ‘Lockdown’, and ‘VIP Movement of Lahore’s Mall Road’ harbour a national shadow – a concern long subalternised in the canon of Pakistani poetry in English. Moreover, poems on Muhammad Ali Jinnah that entwine national and personal romance are a special scoop for the readers to relish.

Akhtar cites Irish poet Seamus Heaney as one of his vital poetic inspirations. Adhering to Heaney’s proposition that “the end of art is peace”, Akhtar digs through pages and pages to claim that Pakistan is not the dangerous corner of the world and that our poetry is terror-free. Perhaps, this is the reason why the collection homes a number of poems on love. In Lahore, love is an everyday and unremitting project that can be located even ‘amidst parked cars’. Furthermore, ‘love in times of suffering’ and ‘love in times of load-shedding’ are also inevitable happenings.

Several poems in the collection underscore the modernist obsession with preening and contouring, hence (futile) improvement. In an ecologist’s guise, Akhtar sobs for the city’s trees being axed by ‘brawny workers’ while ‘electricity poles stand ‘like ancient gods’. The poet’s eye minutely registers the re-inscription of mythical maneuvers of modern gadgets and technology. In the technological contemporaneity, ‘cell phones and tabs are Titans’ godly gadgets’.

The collection contains numerous poems which, in rich realism, lay out and celebrate the cultural centrality of marriage ceremonies in Punjab. Some poems in Lahore, I am Coming are a homage to Lahore’s epicurean gums. The collection also carries a few poems on familial motifs punctuated with a nostalgic surge for the gone and a strange curiosity for the unknown and uncertain future.

Moreover, the book nurses some poems from outside Lahore. For example, Gulnaz of Waziristan talks of the barbed lives of girls in Waziristan. Southern Punjab visualises ‘Ruhi women’ who beat their arms clogged with bangles. The collection also accords substantial space to (global and not so alien) cultural and historical sensibilities other than Pakistani. Poems like ‘Copenhagen’, ‘Walcott’s Class of Poetry’, ‘Diversion; a Day in The Lake District’ are some examples.

However, wedged between his geographic love for both Lahore’s characteristic ‘sounds’ and England’s preening ‘silence’, the poet chooses to become Lahore’s personal poet.

Lahore, I am Coming so far is the most promising debut by a Pakistani poet writing in English. For Akhtar, “Cities are like beloveds / you try to catch them they elude”, and Lahore I am Coming is his earnest attempt to embrace Lahore (the beloved). Therefore, Akhtar’s debut collection is a must read for all those interested in exploring Lahore’s crouching cartography, ecology, politicality and emotionality. The collection is initially available at Anees Book Corner (Gulberg II, Lahore), Readings (Lahore) and Mr. Books (Islamabad).

The writer teaches literature in English at the University of Lahore, Lahore. She is a poet and occasional translator. She can be reached at faizaanum488@gmail.com