The event represents cultural and economic developments of Pakistan through displays of arts, crafts, dresses and photographs of all provinces and regions of the country 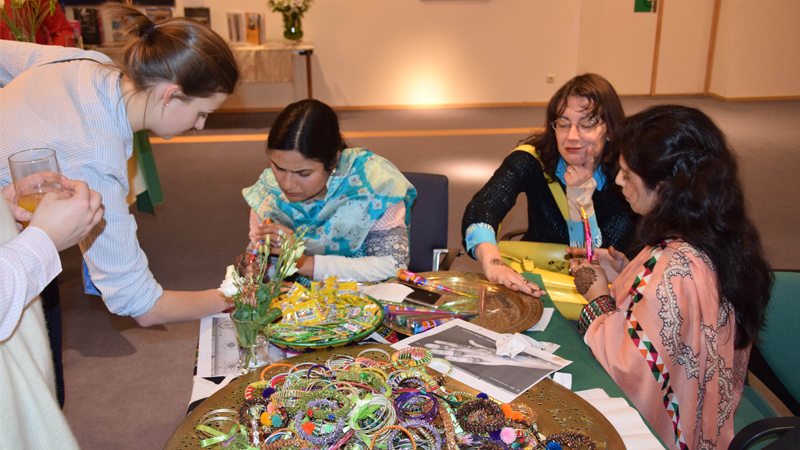 Organised by the Embassy of Pakistan in Brussels and co-hosted by MEP from United Kingdom Amjad Bashir, the event represents culture and economic development of Pakistan through display of art, crafts, dresses and photographs of all provinces and regions of the country.

Ambassador Hashmi told Daily Times that the event was aimed at giving a glimpse of Pakistani culture and our dynamic landscape to the European audience. She said that Pakistan was excelling in many fields including economic and infrastructure development and was happy to show its breathtaking beauty of mountain regions, deserts and wild life to the world.

Ambassador Hashmi added that organising such a grand event was an uphill task which could be made possible after months of hard work by the staffers of Pakistan embassy in Brussels.

MEP Sajjad Karim said that presence of so many guests from different walks of life including the members of Parliament reveals the fact that people are interested in unique Pakistani culture and also shows that we have got so many good friends in global arena.

He added that such events help tell the real story of Pakistan which is often ignored by international media.

Sajjad Kareem said that human rights situation has also improved in Pakistan, adding that it was never as bad as perceived by some people.

Event organisers have setup six separate corners in the Gala depicting the culture of provinces and regions which attracted the attention of participants. A stall of Henna and bangles for ladies remained very popular among the women, and so was the stall setup of by calligraphers where guests gathered to get their names written in Urdu font.

The display of books on heritage and tourism of Pakistan such as on the Churches, Sikh and Hindu heritage drew attention and appreciation of the participants. Folk and classical tunes were played on Sitar and Tabla during the event by Belgian artists Arnaud Eurine and Carlo Santanze to give a classical flavour to cultural gala.

Participants appreciated the initiative by Pakistan Embassy and were excited to see Pakistani culture and an entirely different face of the country. They added that such events would help clear misunderstandings about Pakistan among the international community.