‘Allahyar & The Legend Of Markhor’ — a visual treat for the audience 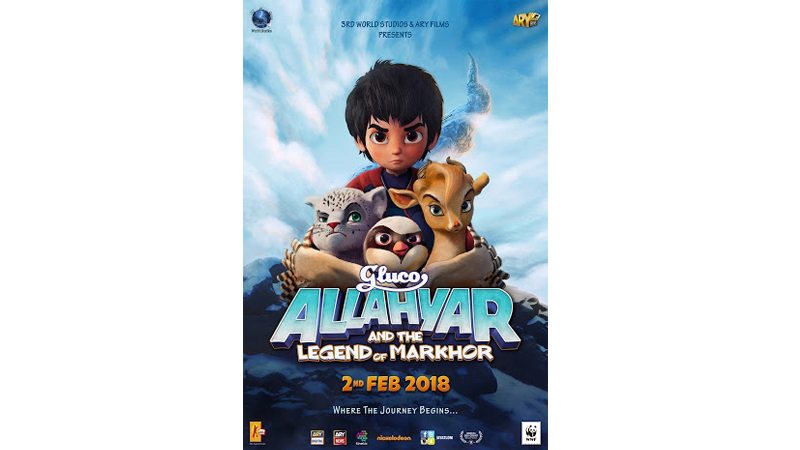 Allahyar and the legend of Markhor, the much-awaited Urdu language animated movie has hit the cinemas on 2nd February 2018.

Due to the pre-release hype, parents have made their way to the cinema despite the school nights.

Allahyar and the legend of Markhor, directed by Uzair Zaheer Khan, is the latest project that has been released by our budding film industry. It revolves around the journey of a young character Allahyar (voiced by Anum Zaidi) who finds himself running from the hunter Manu (Ali Noor) and his relationship with animals as he helps a baby Markhor named Mehru (Natasha Humera Ejaz) reach home along with Chakku, a snow leopard being the endangered species.

Written and directed by Uzair Zaheer Khan, the film is produced by 3rd World Studios and distributed by ARY Films. The animated movie set in the northern areas of Pakistan aims to highlight the issue of illegal hunting and the preservation of wildlife.

The movie is a visual treat to the eyes; it is obviously not Pixar or Disney quality, but it is definitely a step towards progress for the animation industry in Pakistan

The movie is a visual treat to the eyes; it is obviously not Pixar or Disney quality, but it is definitely a step towards progress for the animation industry in Pakistan. It has set a new standard in terms of animation for the filmmakers. Not only that, it sets a challenge for others to step up their game in terms of visual quality. From the snowy-green mountains to the level of details that are visible for the characters was mesmerizing. This was definitely the plus point for the movie.

In addition to that, being a Pakistani animated film, what worked for Allahyar was the soundtrack of the movie. Music for any movie is a very important aspect that should not be overlooked because usually, this is what resonates with the people. Moreover, good music sets a level for the movie and it certainly worked for this one.From the title track ‘Allah Allah Bol’ sung by Ali Noor and his daughter Sanjana to the two songs by Natasha Humera Ejaz and another one by Ali Noor, is something that stuck with the audience. In our opinion, it was the best one that we had heard in years and Noor and Natasha’s energetic vocals were a cherry on top.

Despite the amazing graphics and the music, Allahyar and the legend of Markhor had its flaws. The major flaw was the development of characters which could have been done in a way that could make the message stand out even more. For the main character to be the hero for the kids, it fails to make that impact. For a supposed leader, Allahyar came off as someone who needs protection himself during his journey. At times it felt like the supporting cast stood out more than the main character.

Moreover, what got us thinking was the use of difficult Urdu words and phrases that the children are not used to hearing in everyday life. The most used one was ‘himmat e Marda, madad e Khuda’ was one that raised this question, as the filmmakers expected kids to know the meaning of the phrase

Furthermore, the editing in particular scenes could be crisper and the scenes could have merged more creatively without affecting the overall movie experience. Having said that, this does not mean the overall message of the movie was lost. It couldn’t have been said in a better way and targeting kids to teach and remind them to be kind to all living things including animals, restoring faith in humanity and the illegal hunting of wildlife as well.

Nevertheless, the movie, despite its flaws is fun to watch when you want are looking for a family day out. Let’s not forget to mention the character of Hero, whose voice-over was done by Azfar Jafri. He clowning around was hilarious, it made sure that everyone in the cinema had their laughter dose. Although one flaw with this character was that the filmmaker’s low-key normalised harassment for the younger audience. In our opinion, this was not necessary, because Hero’s jokes and tricks would have worked just fine. 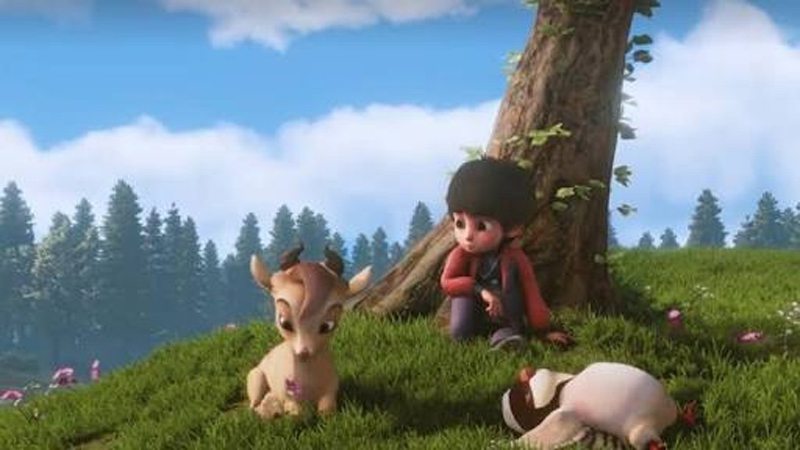 Verdict: Definitely worth a watch if you are looking for a trip to the cinema with your kids. Not only that, it sends a great message along with good music. But make sure your kids have their Urdu to English dictionary in their hand as they walk in the cinema.

The writer is a freelance journalist. She Tweets at @SaneelaJawad and can be reached at saneela.jawad@live.com