Islam and the West — an inevitable clash?

With communism no longer posing a ‘risk’ to readily justify US presence around the world - a new bogeyman was needed. It came in the form of a monolithic Islam

For much of the West, Muslims are nothing more than medieval zealots. Similarly, for many living in the Muslim world – the West represents public enemy number one. This dichotomy has led many to ask if a clash between Islam and the West is inevitable.

History has borne witness to the fact that there has long been tension between Islam and Christendom, two Abrahamic religions, going back to the defeat of the Byzantine Empire and Spain at the hands of Muslim armies to Ottoman resistance to European expansionism in the 18th and 19th centuries.

More recently, initial signs of renewed strain between the Muslim world and the West coincided with the ascension of the US as the world’s lone superpower; a journey that began against the backdrop of the ruins of the Second World War and the process of decolonisation. Then came Iran’s Islamic revolution in the late 1970s where the Ayatollahs’ coined the rallying ‘catchphrase’: death to America. This is not to mention Saddam Hussein’s call for jihad against the US and its western ‘infidel’ allies back in 1991 at the time of the first Gulf War. Nevertheless, Washington managed to secure a new unipolar world order, with it sitting firmly at the helm, after defeating the Soviet Union in Afghanistan in what was to be capitalism’s last battle against communism.

And with the latter no longer posing a ‘risk’ to readily justify US presence in various parts of the world – a new bogeyman was needed. At this critical juncture western intellectuals came rushing to the rescue, conveniently publishing such literature as: The Roots of Muslim Rage; The Muslims Are Coming; Arc of Crisis, Islam vs Democracy; and The Clash of Civilisations. These naturally played a part in helping the US replace the red threat with the green one. Francis Fukuyama’s The End of History represents an effort to promote and internalise liberal democracy as a political ideology to triumph over all others. By contrast, Samuel Huntington’s theory of an inevitable clash positioned Islam as the new ‘other’ that is to be feared above all else. This fit in neatly with the West’s traditionally aggressive foreign policy, which is linked to expanding global influence based upon military and economic struggle against a declared enemy.

Upon winning independence from its European colonisers — much of the Muslim world was swiftly confronted by American imperialism, which had been facilitated by the Bretton Woods system that included positioning the US dollar as the linchpin of the global financial mechanism

Thus in the wake of the collapse of communism came the manufacturing of a monolithic Islam which, in the words of former US national security adviser Lt Gen (rtd) Michael Flynn, “is a political ideology with a religion”. And so it was that Islam was folded into terrorism’s straightjacket; all the better for the West,led by Washington, to forge ahead with a New World Order. The obvious fallout of this, however, is that Muslims everywhere are now viewed through the established prism of war, hatred and violent fundamentalism as well as the oppressors of women.

The US deliberately adopts narratives that elicit a religiously-framed response from Muslims. What therefore ensues is a militant response from Muslim organisations that aspire towards political revivalism under the rallying banners of the Ummah, jihad and the Khilafah. This is typically based on two assumed grievances. Firstly, that Islam and the West have been locked in unending battle right from the Crusades to European colonialism that resulted in a Judeo-Christian project: namely, the state of Israel, which is seen as a conspiracy against Muslims. Secondly, is the notion of Islamic exceptionalism. This presents Islam as a complete rulebook for life, encompassing theology and politics to the point where it may feasibly replace the existing economic-political order. Meaning that calls for the immediate enforcement of Sharia law across the world become inevitable. And those who resist, including Muslims, become as worthy of killing as all non-believers and apostates.

Any study, therefore, of the Islam-West relationship gives way to three fundamental arguments. First, at a civilisational level both are marked by different religions, which frame all interaction. Although the secular West does not follow Christianity as strictly as the term ‘Christian West’ suggests. Indeed, the latter has passed through various phases of reformation, enlightenment and scientific reasoning that has relegated religion comfortably to the church as opposed to every sphere of public life; the US being the one possible exception. 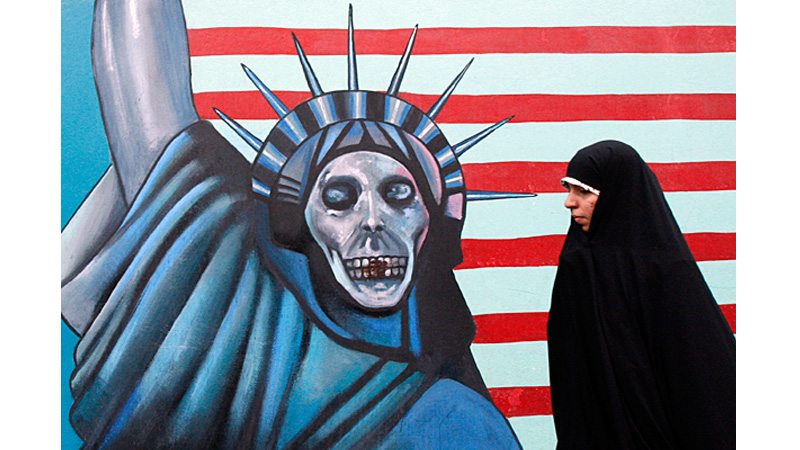 Medieval Christianity viewed Islam as a heretic religion in much the same way that Jews considered the former to be. However, Muslim theologians argue that Islam and Christendom share much common ground in terms of prophets, the Day of Judgement, the afterlife and concepts of heaven and hell. Moreover, believing in the prophethood of Jesus (PBUH) is central to Islamic faith. The only area, in fact, where the two religions differ sharply is over the question of Christ being the Son of God.

Second, where Islam and the West diverge culturally is over the relationship of the individual with society. The renowned British-American historian Bernard Lewis identifies Islam as intrinsically problematic due what he calls its support for a totalitarian system. This is said to render it forever incompatible with the western liberal democratic paradigm. Muslims, of course see things differently. Indeed, they cherish this central control mechanism that the concept of the Ummah offers. Nevertheless, Huntington’s thesis endorses that of Lewis by contending that the “fundamental source of future conflicts will be cultural”. Enlightenment introduced to the West the concept of the individual and related freedoms. By direct contrast, Islam supports a community-based fraternity with elders at the helm of family life. The Ummah therefore represents an identity consistent with the belief of Tauheed (the oneness of Allah) that inhibits any form of internal hierarchy based on race, class, ethnicity or geographical location as in the days of Jahiliyyah (the period of pre-Islamic ignorance). Thus Islam transforms society into a singular horizontal community.

This bond becomes fully functional under Sharia law, which derives its power from the concept of divine sovereignty and places much importance on established codes of ethics. Meanwhile, the West is bound by man-made laws that source power from a popular sovereignty that many here in this part of the world believe shows little or no regard for morality. In addition, modern day globalisation represents the highest manifestation of Adam Smith’s focus on individual rationality that acts as a conduit of westernisation by smashing the structures of socio-cultural values of societies in the East. This process is facilitated by the communication and information revolutions that leave other communities vulnerable to western colonialism; or so many Muslims believe. After all, western scholars would persuade us that the ongoing Islamism resurgence is in direct revolt against globalisation as well as the nation state itself. This is because, they argue, Muslims have failed to keep up with a fast-changing world; thereby explaining the latter’s ‘rage’ against the West as nothing more than a violent expression of their traditionalism.

Third, politics is the last factor that shapes Islam’s ties with the West. This should come as little surprise given that much of the Muslim world won independence from its European colonisers. Yet it was not too long before they realised that nothing much had changed with the right to self-determination. Not when they now faced an American imperialism that had been facilitated by the Bretton Woods system that gave birth to the World Bank and the International Monetary Fund (IMF) as well as positioning the US dollar as the linchpin of the global financial mechanism. This is to say nothing of the institutional imbalance at the UN whereby four of the five nations afforded the power of veto were (and remain) European. In addition, there was the realisation that that Middle Eastern secular monarchies were little more than western puppets.

Thus we only have to delve a little deeper to understand how the Palestinian issue and European colonialism lie at the heart of this continued clash. Surprisingly, the US has never been a coloniser of Muslim or Palestinian lands – at least not in the traditional sense. Therefore tension with the Islamic world lies elsewhere. And this comes largely from Washington’s superpower status as well as its self-cast role as the beacon of western civilisation – all of which become synonymous with the West itself, at least when seen through Muslim eyes. Therefore unconditional American support for Israel and its militarised foreign policy in Muslim lands from Afghanistan, Iraq, Libya and Syria, as well as continued belligerence against Iran, leads the Islamic world to view the US through a hostile prism. Thus the risk of conflict from both sides is ever present.

Hence in conclusion, we may say that the Muslim post-colonial experience, including being confronted by American imperialism, western globalisation and liberal democracy have convinced many that they would be better off reinventing the concepts of the Ummah and Khilafah. Unfortunately, this has given rise to a resurgent Islamism spearheaded by Al Qaeda and ISIS and other such resistant groups. Equally regrettable is how the West seeks to selectively rewrite history; pointing to the Muslim world’s political failures, cultural decline, economic and educational backwardness as the sole reason for the revivalist religious militancy that we see today.