Zafar Arif is gone, and his people are left at the mercy of goons 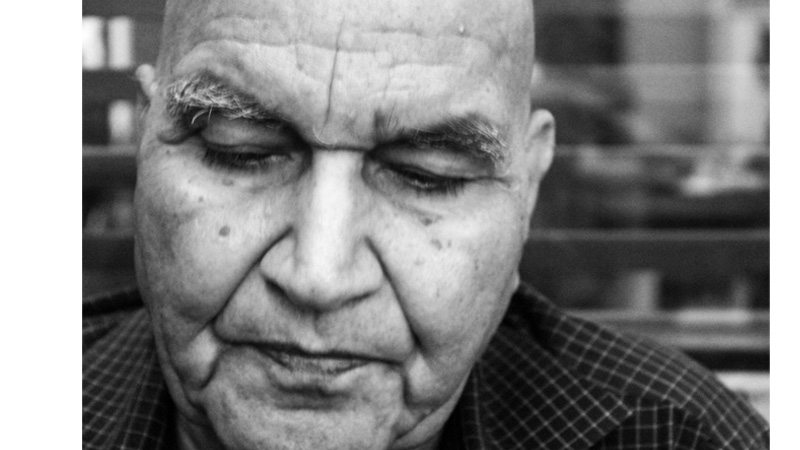 On Sunday, electronic media in Pakistan started running news about an old man’s ‘tortured’ body found in Karachi’s Ibrahim Hyderi area. The face of the deceased was covered in blood and there were scary marks of torture around his neck. He was slouching on right side of his vehicle’s back seat. The body was discovered long after the old man had breathed his last.

“The deceased has been identified as Hasan Zafar Arif,” shouted TV anchors a few minutes later.

Many people have, perhaps, forgotten that Prof Arif had returned from the prestigious Harvard University to fight for a cause. Once back in Pakistan, he joined Karachi University’s Philosophy Department as a lecturer. The ‘doctor sahab’, as he was called by his near ones, was the most active man in almost every democratic movement in this country.

Prof Arif is no more. He has perhaps become the latest victim of the ongoing oppression on a Karachi-based political party.

It was in May last year when I succeeded in reaching out to Prof Zafar Arif, who had then recently been released from jail after an incarceration that lasted for around six months. My pursuit was tough and quite demotivating at times as I kept on calling the higher-ups of Muttahida Qaumi Movement who would continue saying they will arrange the interview soon.

Earlier, I had visited the Anti-Terrorism Court (ATC) where he was to be produced one cold morning of the 2017 but the judge was off duty that day, and no one heard Zafar Arif’s case. That was the kind of treatment meted out to the veteran professor and political activist in his 70s. Once he got released on bail, I accessed everyone I could from MQM to make the meeting possible. Delay after delay would upset me. It was both scary and satisfying to know that the delay was but for my own safety. Prof Zafar Arif was the most sought after, watched over and pursued MQM veteran in the metropolis who had been chosen by Altaf Hussain to represent his people in Karachi.

Zafar Arif was an institute in his own right, an enigma that many failed to comprehend. Always humble as he was, Zafar Arif would sit with anyone wishing to know his philosophy and answer the most frequently asked question that why he would join an ethnic party. Over the years, he maintained his persona as legion of alumni of Karachi University remember him as a ‘magnet’ kind of a person who would attract them to discuss, debate, and shed light on issues no other teachers would be interested to talk about.

A scholar of prestigious Harvard University, he was well-versed in philosophy and came back to Pakistan to serve his people. Initially he wrote books and translated a few masterpieces of his times. He also started his own college in Karachi which in his own words ‘helped young men and women to get suitable jobs having earned their degrees’. Throughout his life, Zafar Arif supported democratic movements. He sided with Sharif brothers when they were under establishment’s ire and stood with Benazir Bhutto when after her father’s hanging ‘no one would dare go towards Clifton 90 where Peoples Party headquarters were located’.

He was a Marxist who would use the scientific method of dialectical materialism to interpret the changes happening in society. “Always remember, my son, as Marx said that human kind only raises issues whose solutions seem imminent,” he once advised me. That was precisely what he was doing: raising the issue whose solution he could see in near future. He was fighting the case for Karachi, the people of the metropolis who, according to him, have been disenfranchised and do not possess the autonomy to address their issues.

“Even if they manage to get all seats from Karachi and other urban Sindh areas, they can only present a bill or two in provincial assembly, or instead tear apart any anti-people bill presented in the assembly. Nothing more,” he would say.

Zafar Arif had joined the MQM to fight for autonomy for all people living in Pakistan. In his mind, he had a vision to empower people by calling for more provinces in the country that will hand down authority and control to the people. When asked if he feared for his life and knew that the powers-that-be were after him, he said with a rather woeful smile: “bus ye tau huta rehta hay yahan, koi bat nahi [That happens here. It doesn’t matter].”

He knew very well what awaited him but his passion for politics, his determination to work for a change in a decaying society couldn’t be shaken. Even his six-month long detention couldn’t do that. Making him to sleep for good was the only option left for the status quo forces. And they executed it quietly, leaving behind daunting questions that may never be answered, adding to those we already have been trying to find answers for, like, who killed BB? Who was named in Hamoodur Rehman Commission report? Who is behind harassing journalists today? Who picks up activists? What is happening in Balochistan? So many questions yet no one can dare raise their voice for answers. Zafar Arif’s death has just added another question to this long list.