The 30-year-old woman who designed a $1bn business 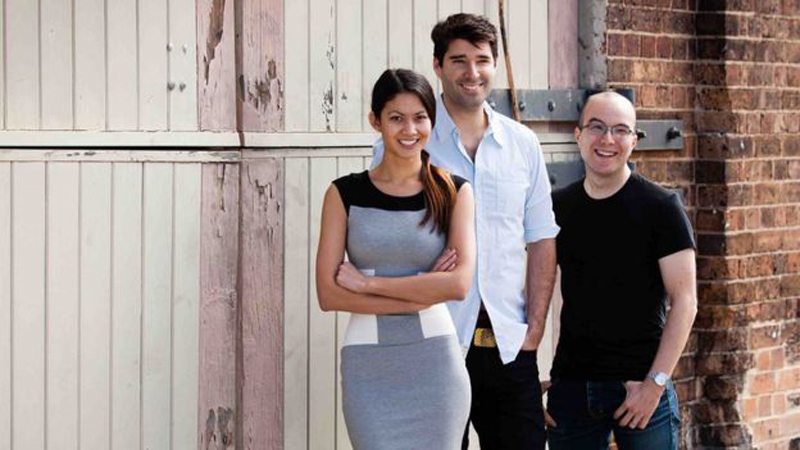 When a 22-year-old Melanie Perkins nervously pitched her start-up idea to a Silicon Valley multi-millionaire she followed a novel if somewhat risky tactic.

The university drop-out had flown all the way from her home in Perth, Australia, to Palo Alto, California, for the meeting with well-known technology investor Bill Tai. Melanie had read that if you wanted to impress someone you should mimic their body language. So seeking backing for her graphic design website she decided to put the theory to the test.

“It was pretty funny,” says Melanie, who is now 30. “He was sitting there with his arm behind his chair, eating his lunch.

“So I’m there with my arm behind my chair, trying to eat my lunch, while flipping the pages of my pitch… to sell him on the future of publishing.”

Melanie’s idea for the “future of publishing” is Canva, an online platform that aims to allow anyone to easily design everything from greetings cards to posters, and websites to calendars.

But while Mr Tai didn’t seem to notice that Melanie was copying his movements, he also didn’t appear to be that interested in her business idea.

“I didn’t think he was liking my pitch at all because he was on his phone the whole time,” she says.

Mr Tai was, however, impressed enough to introduce Melanie to a network of other Silicon Valley investors, engineers and developers. And he ultimately invested in Canva himself.

Today Melanie’s Sydney-based business is valued at $1bn, after it secured a latest round of investment this week.

The company has 10 million users across 179 countries, and 10 designs are created via its website every second. Not bad for a business that had its genesis in the lounge of Melanie’s mother’s house in Perth.

This was back in 2006 when Melanie was a 19-year-old commerce and communications student at the University of Western Australia.

At the time she says she was frustrated by how long it took to learn how to use most mainstream design software.

“It could take a whole semester to learn the very basics,” she says. “Even the simplest tasks, like exporting a high-quality PDF file, could take 22 clicks.”

While most of us would moan about this state of affairs, and then give it no more thought, Melanie spotted a business opportunity.

She decided to try to launch an online design website that would be as easy as possible for people to use.

“I realised that in the future design was all going to be online and collaborative, and much, much simpler.”

Deciding to test her business idea in the relatively small scale world of school yearbooks, she and her boyfriend Cliff Obrecht founded Fusion Books, a website that allows high schools to design their yearbooks online.

Effectively a prototype version of what would become the Canva system, she and Cliff set up shop in her mother’s front room, and borrowed money from relatives to pay for software designers to build the platform. Over the next few years, Fusion grew into Australia’s largest yearbook publisher, before expanding to France and New Zealand. The business was so successful that Melanie decided to leave university to focus on it full-time.

Realising that Fusion could be applied beyond yearbooks, it was in 2010 that she flew to California to pitch the idea for Canva to potential investors, including the fateful meeting with Mr Tai.

Melanie says that Silicon Valley was a big culture shock, due to what she says is the vast difference between Australian and American attitudes to self promotion.

“In Australia, people really talk down their accomplishments,” she says. “In Silicon Valley, where you’re trying to raise funds or get an engineering team, you have to actually be able to speak about your accomplishments.”

Perhaps in part due to this cultural clash, it took Melanie three years before she got any investment from Silicon Valley. But in 2013 Canva was launched, backed by $3m, and with former Google executive Cameron Adams joining Melanie and her boyfriend Cliff as a co-founder. Melanie says it was worth the wait.

“It was three years between first pitching to an investor and actually landing investment,” she says. “This is an incredibly long period of time, and we had hundreds of rejections along the way.

“But I think that process was really helpful for us, because it meant that we had to refine our pitch, and really get our strategy down before we started. So when we landed that investment we were able to execute quite quickly and effectively.”

Subsequent rounds of investment have seen Canva raise $82m in total. While the website’s basic service is free to use, it makes its money by charging a subscription fee to access its more advanced tools.

Today, more than 200 people work for Canva, which has headquarters in Sydney and Manila, and an office in San Francisco.

In the financial year 2016-17 Canva’s revenues grew more than twofold from $6.8m to $23.5m, according to Australia’s Financial Review website. However, the company made a loss of $3.3m, and has actually not yet made a profit as it has instead focused on rapid expansion.

Canva is a private company, so its $1bn price tag comes from the private investors and venture capitalists who are backing it. That’s what they think the firm – and Melanie and her team – are worth.

Melanie remains in the main chief executive role, and Cliff – who is still her boyfriend – is the chief operating officer. The couple also still own Fusion Books, but have appointed a team of managers to run that business.

Danielle Logue, an associate professor at Sydney’s UTS Business School, says that the key issue for Melanie – or the boss of any growing start-up company – is the importance of being able to delegate.

“And that is a real challenge for founders sometimes – letting go of their baby.”

Melanie says that most of Canva’s growth has come from positive word of mouth, and she has big ambitions for the company to continue to expand.

“Our goal is to enable the whole world to design,” she says.