The uneasy Pak-US ties since Donald Trump’s new Afghan policy suffered a new year set back when on Monday Trump accused Islamabad of lying. This is really not the first time Pakistan has been accused or blamed. In his first tweet of the year on January 3rd, Trump threatened to cut aid to Pakistan for purportedly deceiving the US and offering ‘little help’ in its efforts against terror in Afghanistan. He also stated that the US has ‘foolishly given Pakistan more than 33 billion dollars in aid over last 15 years.

Notwithstanding, Islamabad and Washington walked a diplomatic tight rope for a couple of months which might put the relationship to a collision course but misconceptions merit clarifications.

There is an ineluctable need for the Twitter-obsessed US president to recall that the US funds allocated to Pakistan,  an impressive bit, goes to the Coalition Support Fund (CSF), which is the reimbursement for costs incurred by Pakistan for participating in the US-led ‘global war on terror’ and supporting US operations in Afghanistan. 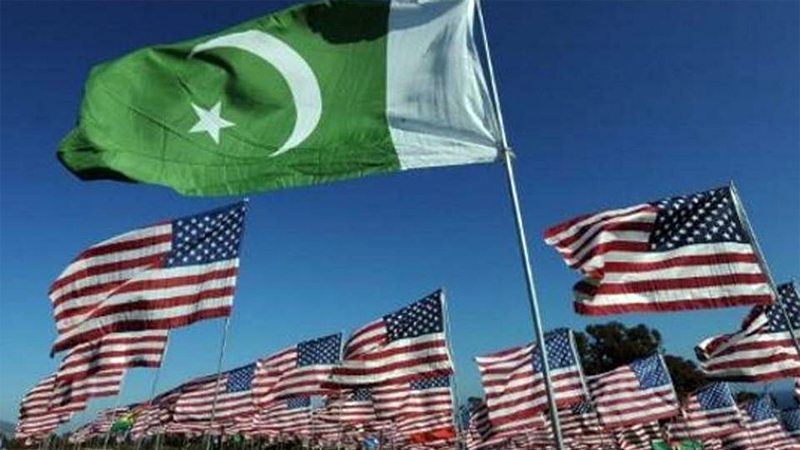 Likewise, Pakistan has also sustained unbearable human and financial losses in the said war and has always desired sustainable peace and peace talks in Afghanistan for an avowed ‘enduring freedom’ of the people of Afghanistan.

The escalated war of words followed by the latest stresses in the bilateral relationship between the two countries has not come as a surprise. Since August, the US has been trying to put Islamabad under squeeze on the ‘Haqqanis’ and the alleged safe havens for the ‘agents of chaos’.

Now the very question that arises here is that as Trump pledged to change the nature of relationship between the US and Pakistan, what would be that probable course of change? One hardly requires a crystal ball to extrapolate it, for Islamabad would be pressed harder with cuts in the financial aids leading to sanctions or embargoes.

This is the height of incongruity on the part of the US, where once there were initiatives such as the Kerry-Lugar civilian-focused aid and endeavours to spur regional trade and productivity primarily because of Pakistan’s durable role in the US led ‘war on terror’, now there is slight more than wrangling over bills and military equipment.

Trump and his administration must acknowledge the sacrifices Pakistan has made so far and should also stop acting like a deranged headmaster disciplining his students, for this is certainly not the proper diplomatic way to deal with the allies

Moreover, Trump administration this time wants India to perform major duties on its behalf. For instance, the ‘greater’ Indian role defined in Trump’s Afghan policy has been translated into a ‘leading global power and stronger strategic and defence partner’ to the US in the National Security Strategy Trump administration avowed last month. This could encourage India to boast its military might because of the acknowledgment incentive from a super power.

Again this is no less than an irony that the US demands a more robust defence and strategic partnership from a nation notorious for its atrocities and abuse of human rights chiefly in Kashmir valley. Likewise, the US is also aware of the fact that welcoming India as a ‘leading global power’ is an assured recipe for Pakistan-India proxy wars in region in general and on Afghan soil in particular.

Nevertheless, there is also no denying the fact that amidst Pakistan, the civil-military dynamics has largely and clearly affected the trajectory of Pak-US relations and steered it in the direction of being wholly security based. A part of blame must surely lie with the civilians and the present PML-N in particular.

Trump and his administration must acknowledge the sacrifices Pakistan has made so far and should also stop bullying like a head master disciplining his students, for this is certainly not the diplomatic way to deal with the allies. The US needs to admit the fact that without Pakistan’s support, peace could never be achieved in the region.

And this time to earn Pakistan’s support the US ought to put a halt on the dual standards it is pursuing in the region. Thus, seeking greater Indian while turning a blind eye to the decades long Kashmir issue, cross border and the state sponsored terrorism by India will certainly not fetch regional security that US often harps on about.

To conclude, it is only Pakistan-US cooperation in fighting terrorism that served the US national security interests as well as the larger interests of the international community.

The writer is Research Associate Strategic Vision Institute (SVI) Islamabad. He can be reached at ubaid@thesvi.org