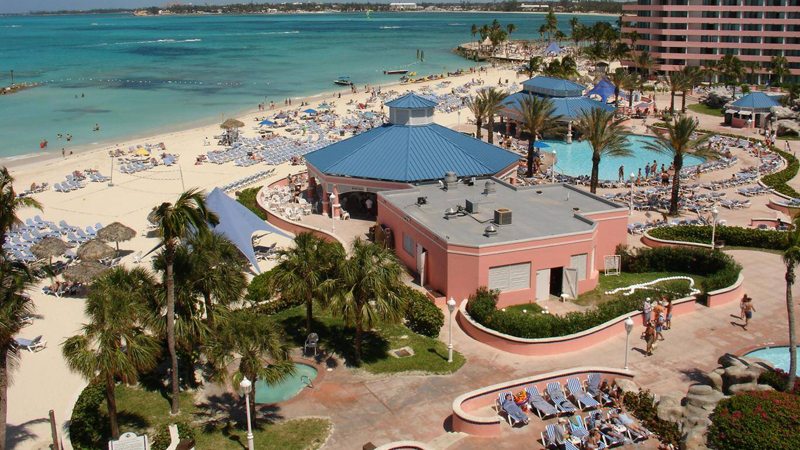 When Hillary Clinton accused Donald Trump of being a serial tax dodger for decades, he replied without hesitation: “That makes me smart”. The President is characteristically open about using aggressive tax avoidance schemes. “I fight like hell to pay as little as possible”, he said last year. And his then campaign manager Corey Lewandowski confirmed his boss’ approach to tax: “Every deduction possible – he fights for every single dollar”.

This approach raises the tantalising prospect of whether the President of the United States has used offshore entities as part of his business empire and to avoid tax. This is especially significant in the light of his recent bill to cut taxes. Trump denies using offshore companies: “I don’t use them. Honestly, I think they’re more trouble than they’re worth – highly over-rated”.

But that is not strictly true. In 1994 he set up an offshore company called DJ Aerospace Ltd in Bermuda, and also transferred 110 registered or pending trademarks to a holding firm in Delaware which experts regard as a tax haven inside the USA because it is so secretive and can help you avoid tax in other states. And his political opponents have used the offshore issue to try and destabilise his Presidency. Witness the outcry which greeted the recent leak of the Paradise Papers and claims by Global Witness that Trump made millions from selling his name to a Panama development which had been used to launder money.

Trump is not the only President to enjoy the benefits of being offshore. Bill Clinton spent five years as an adviser to billionaire Ron Burkle’s investment fund, Yucaipa Global, which had funds registered in the Cayman Islands and Dubai. That alliance netted Clinton at least $15 million.

But the offshore world could play a major role during the Trump Presidency. Today US corporations are making record profits by being registered in Bermuda, the Cayman Islands, and the British Virgin Islands. Some of the profits exceed the GDP of the host country. General Electric, which has subsidiaries in the Bahamas, Bermuda and Singapore, holds $119 billion offshore. Pfizer, with $74 billion in profits offshore, maintains a subsidiary in the Cayman Islands. Merck holds $60 billion offshore and has 10 subsidiaries in Bermuda alone.

The Bahamas is Trump’s favourite offshore location. In July 1987 he flew into Nassau in his private Boeing 727 and snapped up Resorts International, the first major casino hotel on the island. The struggling development nestled on a white sand-fringed island near the bustling capital on Paradise Island, once a notorious pirate base under English rule and later owned by flamboyant Swedish industrialist and Nazi spy, Axel Wenner-Gren.

Trump took immediate ownership of Resorts International, appointed himself Chairman and demanded huge fees equivalent to all of the company’s revenue in the foreseeable future. This was despite taking on a whopping $700 million in debt from the Resort’s troubled American Taj Mahal casino. His predilection for high debt property gambles had manifested itself early on. And when Trump sold Resorts International, he netted a cool $68 million from the deal. The international jet-set are fond of this intriguing Caribbean paradise. On the western tip of the island lies the secretive golf resort for the global elite: Lyford Cay. This 3000-acre plot, a former mosquito infested swamp, has become their playground and a discreet hideaway and meeting place. But the real attraction of the Bahamas is that it is a convenient jurisdiction for super-rich Americans with tax advantages and a supple corporate law which allows for anonymity and flexibility. Lucrative ties to the island are growing fast: 6,000 private flights from the USA to the Bahamas compared to 600 to the Cayman Islands. It is no wonder that private jet registration has been a flourishing business for the Bahamas with hundreds of private aircraft flying a Bahamian tail number, many owned by Americans who also own multi-million second homes.

The intriguing question for the Trump Presidency is whether European and American foreign policy will continue to erode the traditional selling points of our offshore jurisdictions. Furthermore, we should ask ourselves whether banking and corporate secrecy, zero taxes and comfortable anonymity will be sacrificed in order to appease the global leftist push towards eradicating the traditional offshore privileges of the world’s rich and famous?

Not necessarily and not that fast.

Trump’s comments on foreign offshore tax havens are hiding an agenda which the US has already successfully implemented: turning America into the largest offshore centre in the world. States like Delaware, Nevada and Wyoming are currently promoting anonymity and secrecy coupled with very low taxes on a global scale.