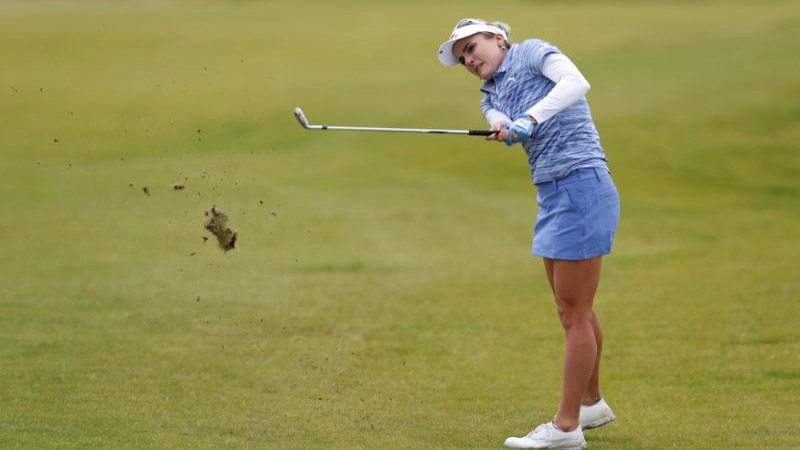 NEW YORK: A rules violation prompted an overhaul of the controversial trial-by-television rule in 2017, and the ascendancy of youth continued unabated, all the while played against a backdrop of a certain 14-times major champion whose occasional health updates kept his fans hopeful that a comeback awaits. The California desert was where Lexi Thompson took an inch and changed the game a mile when she replaced her ball in the wrong spot after marking it on a green during the third round of the ANA Inspiration women’s major on April Fools’ Day. The final round was already well underway when rules officials were informed by a viewer, who still has not been publicly identified, of the infraction, which meant Thompson incurred a two stroke penalty for the violation itself, and another two shots for having signed an incorrect scorecard after the previous round. That led to the bizarre situation of an official informing Thompson of the penalty as she walked from the 12th green to the 13th tee. “Is this a joke?” an incredulous Thompson asked, her lead suddenly gone in one fell swoop. She subsequently lost a playoff to Ryu So-yeon but the bigger upshot was that the game’s rulers acted to prevent a repeat.

Starting on Jan. 1, armchair referees will mostly be a thing of the past, as will retrospective penalties for a player having signed an incorrect scorecard when he or she was unaware of a violation. Instead, on the major tours a rules official will monitor telecasts for infractions. The changes are a forerunner to Jan. 1 of 2019, when a major overhaul of the rules will go into effect in an effort to make them simpler, fairer and more practical. On the course, 2017 saw three of the four men’s majors won by players in their 20s – 27-year-old Brooks Koepka (U.S. Open), 23-year-old Jordan Spieth (British Open) and 24-year-old Justin Thomas (PGA Championship). Only 37-year-old Sergio Garcia, who finally won a major when he beat Justin Rose in a playoff at the Masters, was the exception to the trend, but how different the entire major season might have been if not for a stair mishap by Dustin Johnson. Johnson arrived at Augusta the kind of prohibitive favourite not seen since the halcyon days of Tiger Woods, coming off three consecutive victories and an ascent to the world number one ranking.

But when he slipped down some stairs on tournament eve and badly bruised his back it not only knocked him out of the Masters, but also changed the entire complexion of the majors, because he did not regain his erstwhile form until the majors were done and dusted. Lurking in the background meanwhile, Tiger Woods issued occasional updates on the condition of his surgically repaired back, and finally returned to action in December at the Hero World Challenge in the Bahamas, where he swung with apparent freedom and played competently, suggesting 2018 might be the first year since 2013 that he will be able to play a full schedule. Woods turns 42 on Friday, but with apologies to the youth movement he is still the man, at least when it comes to television ratings and fan interest.

Shot of the year: Jordan Spieth’s three-iron from the practice range at Royal Birkdale at the 13th hole during the final round of the British Open, which allowed him to save bogey and buoyed his spirits en route to a sizzling charge to victory. Just as impressive was his cool decision-making under pressure, realizing that the range was the best place to drop after he had taken a penalty from an unplayable lie, even though he had to move nearly 100 yards further away from the pin. 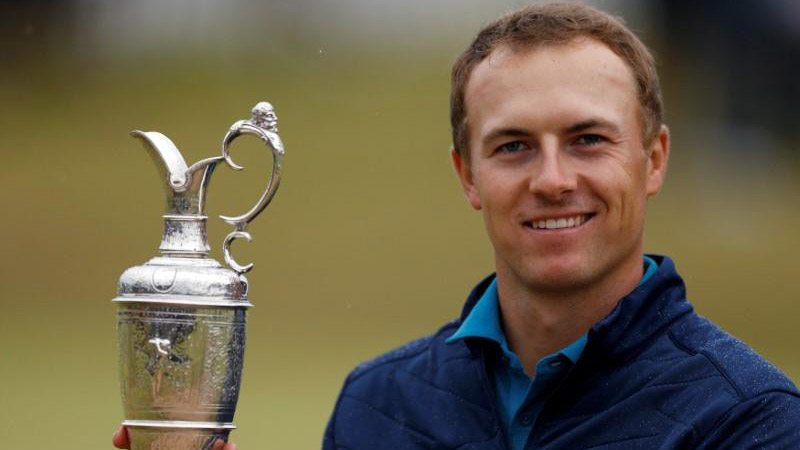 Round of the year: Branden Grace, in third round of British Open, becomes first player to shoot 62 in a major.

Quote of the year: “No one really asked me if I was married, so I didn’t have to answer that question,” Hideki Matsuyama, revealing that he was married, in a press release to Japanese media, who interview him interminably after every round, but seemingly never ask him about his off-course life.