Christians all over the world celebrate Christmas on December 25th, the day unanimously agreed upon by the early Roman Church Council in the year of the Lord, 336 during the time of the first Christian Roman Emperor, Constantine. Simultaneously, the Pope Julius-I officially declared the very date for celebrating Christmas and since then all Christian denominations, unequivocally celebrate the birth of Jesus Christ every year on December 25th.

Over the centuries, Christmas is considered a religious as well as a cultural festival. With the start of the advent season, ie the first Sunday of December, Christians start decorating their homes, churches, shops, streets, towns and squares. Especially in the Christian countries, the whole month of December brings with it fun, joy and activity as people from all ages enjoy Christmas environment, and snow falling in several countries add joy to the thrill to this religious and seasonal festival. 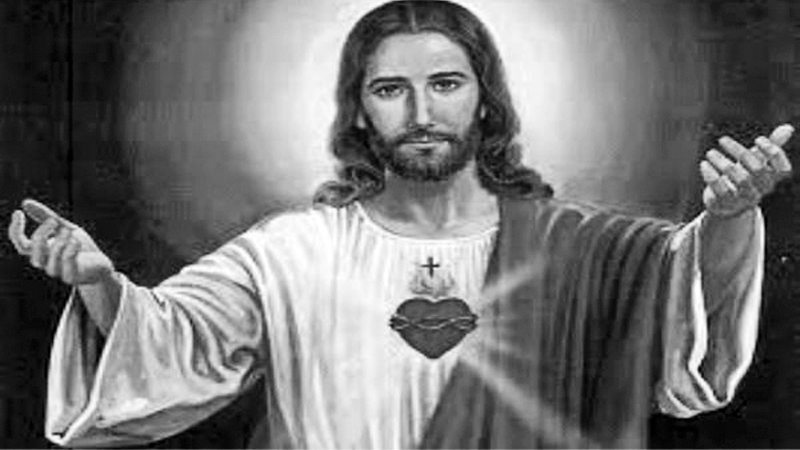 The overwhelming Christmas traditions have created unlimited opportunities for businesses as well, which sometimes, mutilate the spiritual essence of the birth of Jesus Christ, besides, the rowdy and raucous groups of young Christians because of their social pastimes too spoil the religious connotations. Christmas is the advent of love that grows only when a believer has a true heart to seek God.

Think about Jesus Christ’s birth. Both accounts available to us (in the Gospels of St Matthew and St. Luke) do not disguise the fact that Jesus was born of a virgin — in fact in Luke this was announced to Mary (mother of Jesus) by an angel. Mary was puzzled and asks the angel how it will be possible because she ‘has never known a man’.

Mary’s heart was filled with joy when she was told that the power of God’s Spirit will come upon her to make it happen. But when her betrothed, Joseph found out he reacted by deciding to finish any plans for marriage! Understandable…. and only dealt with when God gave him a dream which disclosed His purposes through this. But it was nevertheless a bit awkward and embarrassing!

It is believed that Jesus Christ is the only person whose birth was foretold 600 years beforehand. We read in Isaiah the prophet, “a virgin will be with child, and give birth to a son, and will call him Emmanuel (God with us)” (7:14), Also in Isaiah we find, “For to us a child is born, to us a son is given, and the government will be upon his shoulders, and he will be called Wonderful Counsellor, Mighty God, Everlasting Father, Prince of Peace” (9:6). The prophet Micah even prophesies the birth place of the messiah, “But you, Bethlehem Ephrathah, though you are small among the clans of Judah, out of you will come one who will be ruler over Israel” (5:2). The Jewish people were waiting for the fulfilment of these and other prophecies.

With the start of the advent season, ie the first Sunday of December, Christians start decorating their homes, churches, shops, streets, towns and squares. Especially in the Christian-majority countries, the whole month of December brings with it fun, joy and activity

We need to look also at the events around the birth of Jesus. We will find really surprising things as we look more closely. It is believed that the arrival of the messiah was eagerly awaited especially by the Jewish leaders. But when he was born, God bypassed the religious and political leaders completely and revealed extraordinary things to very ordinary people who had no power or importance.

There is a very interesting and insightful painting by a Flemish master called Bruegel called ‘The numbering at Bethlehem’ in the painting there are crowds of people waiting to be registered for the Roman census, and others still arriving in the village. It takes a while before one can make out the figure of a woman on a donkey being led by a man. Bruegel has understood that there was nothing outstanding about Mary and Joseph; they were one party among many milling around in Bethlehem. And after Jesus was born he was taken, according to the Law, to the Temple to be dedicated to God as Mary’s firstborn son. It records the fact that the sacrifice for Jesus was a pair of pigeons — the offering for a poor family. The point is that God chose a devout but ordinary couple to fulfil His universal purposes.

It is believed that God bypassed the Jews who had studied the Torah and the prophets and revealed the fact of Messiah’s coming to complete outsiders from Persia. Compared to Jewish scholars who studied God’s revelation in the Scriptures, the only source of revelation was the stars.

When Jesus was born, who were the people chosen to receive the wonderful news? Shepherds outside Bethlehem; and shepherds were despised for several reasons — they were known for their dishonesty and theft; and their lifestyle meant they were ritually unclean and so were not often found at the temple. But these men clearly had a deep love for God and looked for the coming of the messiah.

It was to them that He chose to reveal the birth of Jesus, and do so in an overwhelming manner. A group of the heavenly angelic host sang glorious praises to God, and an angel gave the message about the baby’s birth in Bethlehem, “Today in the town of David a Saviour has been born to you — good news of great joy for all people”.

Lastly, following this theme of God choosing unknown people whose hearts are open to Him, we find two unusual figures in the temple in Jerusalem at the exact moment when Jesus’s parents brought him to be dedicated. Suddenly, old Simeon and then old Anna came to this poor couple and declared that the baby was the Messiah and his life would deeply affect a vast number of people.

My simple Christmas message is that God does not change. He loves all those who have a true heart to seek Him however humble they may appear to be, however unlikely, however unworthy in the eyes of some others. God loves to reveal Himself to those who believe He is, and that He rewards those who diligently seek Him.

Kaleem Dean is a freelance journalist and can be reached at kaleem.dean@mail.com