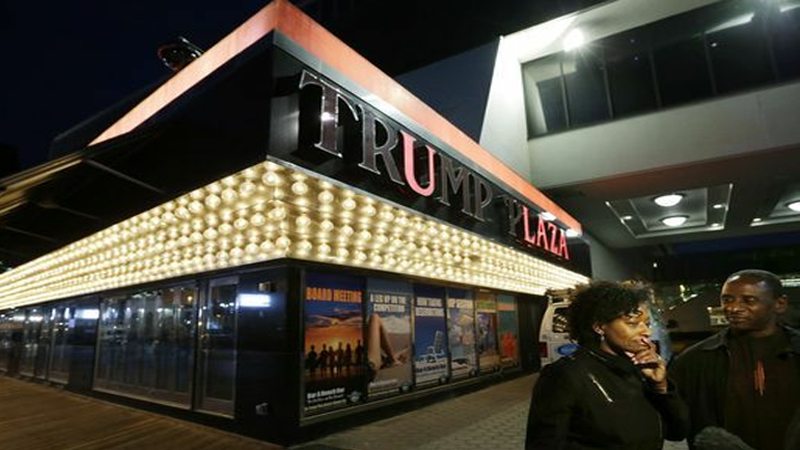 This week, Congress passed the bill formerly known as the “Tax Cuts and Jobs Act” with the support of 278 House and Senate Republicans. At any other time, it would be hard to imagine that congressional Republicans could support major tax legislation drafted in such haste and with so little regard for distributional consequences. It is even harder to imagine that Republican deficit hawks would support such a fiscally reckless and unprincipled bill. Yet almost every Republican member of Congress did precisely that, taking a lesson from President Trump’s playbook: Buy extravagantly today, and leave someone else to foot the bill tomorrow.

If this sounds familiar, it should: this is how the president ran his infamous Atlantic City casinos through a record four bankruptcies. We know how that story ended – Trump’s casinos were shuttered after years of losses. While the United States cannot, technically, declare bankruptcy, the GOP tax bill promises to saddle the nation with unsustainable debt based on implausible promises.

The GOP tax bill is immensely unpopular with the American public, and for good reason. According to the Joint Committee on Taxation (JCT), a nonpartisan committee of the U.S. Congress, this legislation will cost approximately $1 trillion over the next decade, even after accounting for economic growth. This so-called “tax reform” will not pay for itself; rather, future generations will pay for today’s tax cuts through higher payments on the national debt.

Debt is where the analogy to Trump’s bankruptcies begins. Before he became president, the self-proclaimed “king of debt” ran three casinos in Atlantic City: the Plaza, Marina and Taj Mahal. In the 1990s and early 2000s, these casinos borrowed heavily and performed worse than their competitors, requiring four trips through federal bankruptcy court – more than any other large business in the last 30 years.

Trump could not have put his casinos through so many bankruptcies without creditor support. In order to gain that support, he made extravagant and unsubstantiated promises about the wealth and jobs the reorganized casinos would create. None of those promises came true.

The same can be said about the GOP tax bill. Unhappy with the widespread criticism of this legislation from economists and policy groups across the political spectrum, the Treasury took another page from Trump’s bankruptcy past – false promises. It issued a one-page, 395-word “analysis” concluding that the tax bill will result in increased tax revenues of $1.8 trillion over the next 10 years, thus paying for itself.

On the surface, the Trump administration’s analysis might seem like politics-as-usual in Washington, where members of the establishment squabble over numbers and economic projections that feel quite removed from the daily lives of the American people. Yet this analysis is different – in fact, it’s laughable. “There is no historical evidence that any tax cut in history comes anywhere near paying for itself,” said Bruce Bartlett, an economic adviser to former president Reagan who helped craft the last major tax reform legislation in 1986.

More troubling, the analysis assumes a 2.9% growth rate in order to conclude that the tax bill will pay for itself. One might wonder how the Treasury arrived at this crucial number. That’s easy: the growth rate is based on the Trump administration’s fiscal 2018 budget, which was published last May, long before serious work on the GOP tax bill had begun. In addition, it takes into account certain regulatory, infrastructure, and welfare reforms that the administration hopes to pass next year.

Put simply, the Trump administration’s analysis is based on empty promises about the future. It is not based on fact – neither infrastructure, nor welfare reform has actually happened, and they may never happen. Like Trump’s bankruptcy plans, when his administration doesn’t like the numbers, it simply changes them.

Congressional Republicans tout the jobs that a reduced corporate income tax rate will create. But in an economy that is already strong, senior executives are more likely to use this tax benefit to increase executive pay and invest in new technologies that might actually cut jobs in the long run.

This, too, recalls Trump’s bankruptcies. While his casinos performed worse, on average, than their Atlantic City competitors – losing 40% more jobs and a third more revenue between 1997 and 2010 – Trump did exceedingly well for himself, bragging to the New York Times that “the money I took out of [Atlantic City] was incredible.”

Congressional Republicans would certainly deny that they are modeling their tax legislation on Trump’s business failures. Yet, the resemblance to his mismanagement of the casinos – his only other real experience with large, public organizations – is unavoidable: run up huge debts based on implausible promises in order to benefit the few at the expense of the many.

If Trump’s bankruptcy past is prologue, Republicans will eventually try to distance themselves from the future pain caused by their rushed and deeply misguided effort at tax reform. But the GOP tax bill’s passage means that the 278 congressional Republicans who supported this irresponsible tax legislation are all bankrupt Trumpists now.