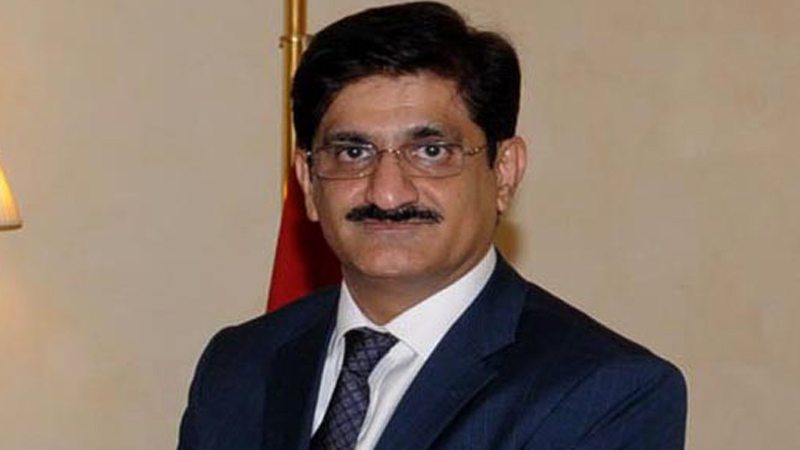 KARACHI: Sindh Chief Minister (CM) Murad Ali Shah has convened a high level meeting today (Thursday) to finalise the report to be submitted in Supreme Court (SC) by December 23, 2017 in connection with supply of clean drinking water to city, responsible water board officials failing in the task and praying for extension in time to start two treatment plants for water filtration.

SC in its order had directed Sindh government for starting filtration and treatment of water, hearing the petitions of more than 26 different bodies and private petitioners on the matter.

Minister Local Body Department (LBD) and Chairman Karachi Water and Sewerage Board, Jam Khan Shoro, ministers of other departments including Chief Secretary and officials would participate in the meeting, officials of LGD have revealed.

In a hurriedly taken step, Ramzan Awan, Secretary LGD on directives of CM first issued a letter SO-VII/LG/KWSb/786/2017,December 20, 2017 for transfer of Asadullah Khan DMD TS of KWSB on negligence of his responsibility.

Later transfer letter of the official had been withdrawn on unknown grounds, and this was confirmed by LGD officials.

According to them, removal or transfer of Hashim Raza Zaidi, Managing Director of KWSB has a long procedure and also needs permission of SC in this regard, they have maintained.

CM in a previous day fall out meeting with concerned ministers and high echelon of KWSB and other officials while expressing his displeasure over the poor performance water board officials, Murad claimed that data and statistics of KWSB had been misleading on this city had suffered a lot.

City needs 800 million gallon of water daily but the city was currently receiving 650 MGD. After K-4 Project to be completed likely in June 2018, water crisis could be lessening in city but on the matter of water filtration and treatment, meeting remained silent.

Japan International Cooperation Agency, Asian Development Bank and World Bank have already expressed their dissatisfaction over the supply of clean drinking water to city in their respective reports.

These donors were of the view that demand of Karachi, Thatta and Sajawal districts stands around 1,240 MGD.

More over due to long period life of water conduits, repair of these lines are usually unable to sustain the repair portions thus get burst besides abrupt supply of power to pumping stations also create vacuum and results crevices in the water pipelines.

The financial implication involved in implementing g this project will be to the extent of Rs 3,500 million.