GOP tax-writers get one ‘A’ – and one ‘incomplete’ 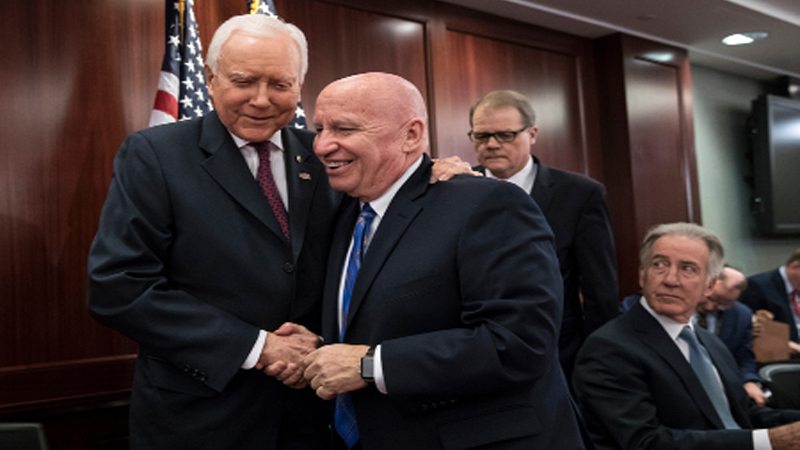 GOP lawmakers are negotiating final details to get the bill to President Trump to sign before Christmas. It’s a close call in the Senate, because Republicans can lose only two votes and still deliver a long overdue victory. Prima donna senators like Marco Rubio (R-Fla.) and Susan Collins (R-Maine) are holding out for concessions on their own pet priorities. Without success on tax reform, the GOP faces an uphill struggle to keep control of Congress in the midterm elections.

The stakes are also high for American workers, whose wages stagnated under President Barack Obama’s eight years of sub-2 percent economic growth. The bill cuts corporate-tax rates from 35 percent – the highest in the industrialized world – to 21 percent, slightly below the world average. That will give American companies a competitive advantage and attract foreign investors to open operations here.

Republicans dodged a bullet by making the cut effective Jan. 1, 2018, rather than a year later. The Senate had proposed the delay to fund other tax goodies. That risked companies postponing expected income for a year so their profits would be taxed later at the lower rate, depressing the economy in the meantime.

Many small businesses that don’t file as corporations will also get big breaks, and pay an effective tax rate of under 30 percent.

The bill also encourages companies to invest in new equipment, allowing them to write off the purchases immediately, instead of over several years. The more computers and trucks companies buy, the more office workers and drivers they will hire.

These provisions will produce 3.5 percent economic growth, according to the nonpartisan Tax Foundation. Democrats in Congress insist that growth target is unattainable. With their high-tax policies, that’s true.

The GOP tax cut is predicted to produce at least an additional 800,000 jobs over the next decade, and higher wages as well, according to the Tax Foundation.

The GOP tax bill gets an A for business tax reform. But it gets an “incomplete” for failing to simplify the mind-numbing agony of filing taxes as an individual. A House tax-reform bill unveiled five weeks ago eliminated most itemized deductions in exchange for a much larger standard deduction – up to $12,200 for singles and $24,400 for married couples.

But every deduction has an army of defenders, including Washington lobbyists. Too many GOP Senators lacked the backbone to stand up to them. The final bill keeps deductions for medical expenses and student-loan interest, and leaves tuition waivers tax-free. Good news for some, but it means everyone else has to pay more. And it ensures plenty of work for tax accountants and lawyers who thrive on the complexity of the code. Say goodbye to your hopes of filing on a postcard.

Count on complaints from residents of tax-hell states – like New York and California. The final bill caps the state and local property, sales and income tax deduction at $10,000 – a pittance compared with what many high-income residents of those states pay. Instead of blaming Congress, these taxpayers should be dialing up tax-addicted state and local politicians to demand sensible spending and lower taxes.

Meanwhile, if you’re planning on big purchases like a new car, make them before Jan. 1, so you can deduct sales tax.

The tax bill also repeals the ObamaCare penalty for not buying health insurance – good news for 6.5 million filers paying it.

Democrats protest that the GOP’s giant tax cut will blow a hole in the nation’s deficit, citing a warning from the Joint Committee on Taxation. But the committee discounts how tax cuts will grow the economy, producing more tax revenue as a result. Even Janet Yellen, the left-leaning outgoing Federal Reserve chair, acknowledges the tax plan will boost economic growth. Workers and companies will generate more payroll taxes and income taxes, despite paying lower rates, when they earn more. That’s the idea. Tax reform should raise people’s incomes, not just the government’s.