Mountains are a backbone for life of all species including human beings, whether they live in the highlands or downstream 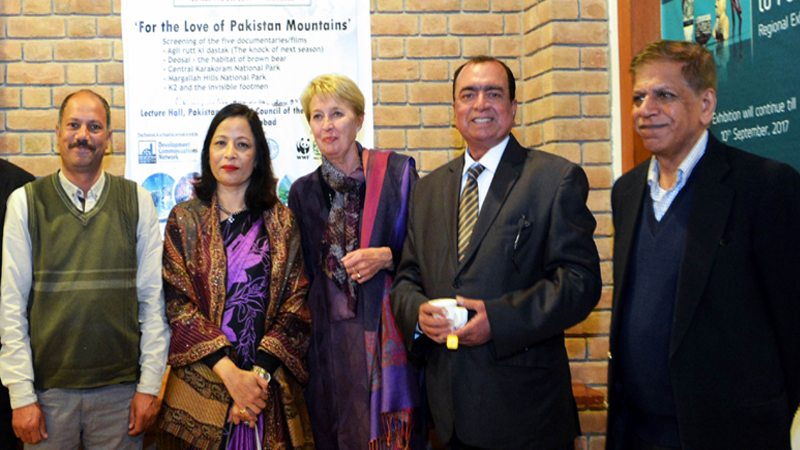 Islamabad: The PNCA Film Club and Development Communications Network (Devcom-Pakistan) jointly screened five documentary films with the collaboration of UNDP Pakistan and WWF Pakistan in connection with the seventh Pakistan Mountain Festival. The festival is an annual flagship thematic advocacy event of Devcom-Pakistan to mark the International Mountain Day, a day dedicated to mainstreaming the sustainable mountain development and conservation agenda across the globe.

The Ambassador of Nepal in Islamabad, Ms. Sewa Lamsal Adhikari was the chief guest while the Austrian ambassador, Dr. Brigitta Blaha and Mr. Kim Jin-wook, Charge d’affairs Embassy of South Korea, were the guests of honour.

Speaking on the occasion, Sewa Lamsal Adhikari said Nepal and Pakistan have several cultural commonalities on which the bilateral relationship could be enhanced. Mountains are the one vital phenomenon that can pave a path for joint initiatives to engage the people and expert of both countries.

Appreciating the Pakistan Mountain Festival, she said organising several activities every year with meagre resources evidently makes us believe in the devotion and dedication of the founding director of the festival who continues in this attempt despite all odds and short of funds. The ambassador showed her happiness at the participation of the mountainous communities and cultural performers from Nepal in the future interventions of Devcom-Pakistan. 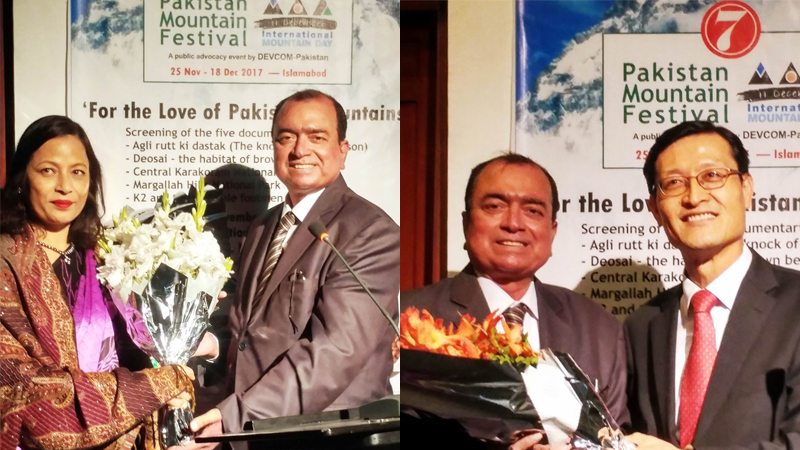 The Austrian ambassador, Dr. Brigitta Blaha, said that mountains are a backbone for the life of all species including human beings whether they live in the highlands or downstream, and human life, livelihood and existence also depend mainly on the resources that these mountains have to offer us. Film media vibrantly plays its role in showing us the actual situation in the highlands. She emphasized on further interventions to highlight the importance of the mountain environment and conservation of the mountain resources.

Kim Jin-wook, Charge d’affairs at the embassy of South Korea in Islamabad, said that as a native of mountain area, he can relate the significance of the mountains’ natural resources to the threat posed to them by global warming, greenhouse gasses and climate change, the impact of which is immense, rapid and intense. The only solution, he said, is to reduce carbon emissions and eliminate deforestation and degradation of forests. We need to stress upon the major polluters to pay off for their
climate injustice, he concluded.

Speaking on the occasion, Devcom-Pakistan Director and the founding director of Pakistan Mountain Festival Munir Ahmed said, “The films screened today reflect the apathy of the mountains impacted by the climate change. Communities and natural habitats, ecosystems, mountain resources and indigenous cultures are under threat. Men’s migration from the mountains to plains in search of livelihood options would leave no space for communities’ ownership of mountains, and enhance the vulnerability for the women and children left behind in the homes. We need to create options for them by keeping up the natural habitats and ecosystems intact for their sustainable ecotourism, mountaineering, and cultural cohesiveness.”

Aijaz Gul while paying the vote of thanks said, Pakistan is blessed with the highest mountain peaks in the world. Mountaineers from all over the world have visited the northern parts of the country. In the recent past, there has been a decline in this due to reasons known to all of us. However, things are beginning to move in the positive direction and one can hope that the glories of tourism and tourists are on their way back.

We get to see many events, locations and people in these five extraordinary films. We meet Sameena Khayal Baig who set the record of climbing the highest peaks. She has brought it to record that mountain climbing has nothing to do with men folks only, there should be no gender discrimination.

As we move on to more screenings, we see efforts to protect the survival of the Himalayan brown bear. Poachers and hunters have been after it to kill and win. With renewed efforts, the brown bear has not only survived but also modestly increased in number. Danger still exists for its survival as greed and lust of commercial interests supports hunters and poachers. However, an uphill battle in struggle and efforts goes on with international help and support. 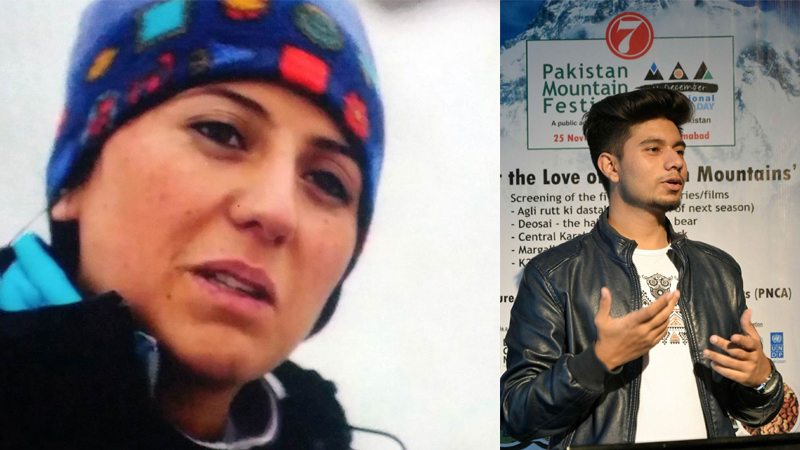 ‘Central Karokoram National Park’ takes us to a world of some of the largest glaciers outside the polar-regions. Being the largest protected area, it covers more than 10,000 km in the Karakoram mountain range. The Margalla Hills take us to areas enriched and bestowed with natural beauty which most of us take for granted. Situated in the north of Islamabad, the Margalla hills cover the foothills of the Himalayas with resorts like Shakarparian, Daman-e-Koh, Pir Sohawa, Rawal Lake and much more. Ironical as it sounds, urban residents only go there to eat and fill up their stomachs. The owners of eateries here have cemented this loud and clear. There is no respect or concern for maintenance, visible with tons and tons of garbage and litter all around.

‘K2 and the Invisible Footmen’ is the most touching film from the lot. Lara Lee and the crew show us the life and hardships of Pakistani porters rejoicing on the eve of the 60th anniversary of K2. Underneath the dance and melodies you find the pain and torture these porters go through in their lifetime. For a few minutes, we become part of the sacrifices of porters as well as the strength and courage of the climbers. While the porters serve, the climbers come back to climb K2, notwithstanding the hardships, trauma and tragedies they have been through in the past. Here, we also look into the culture and traditions which are so close to us, yet distant. Those of us living here and abroad should get familiar with the gleaming side of this land, far away from conflict and strife.