This year’s bridal couture week was much the same as previous years, where bride after bride walked out on the ramp wearing magnificently extravagant outfits 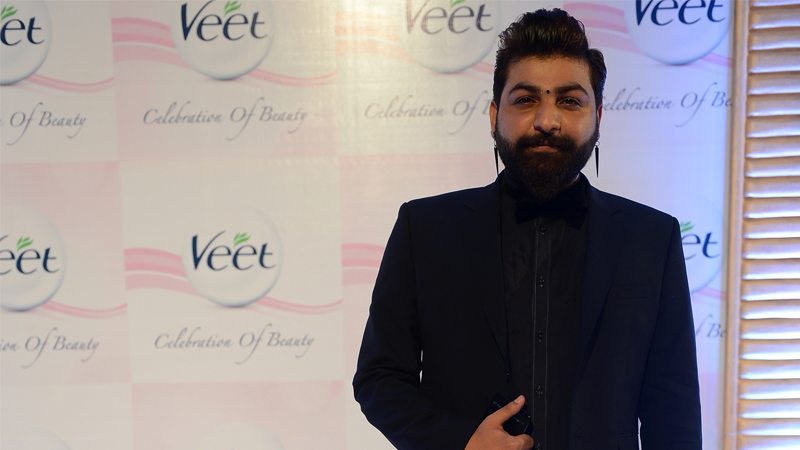 “Do not let a little girl trade her school uniform for a bridal outfit,” ace designer Ali Xeeshan said, while talking
to Daily Times.

The United Nations Entity for Gender Equality and the Empowerment of Women (UN Women) collaborated with leading fashion designer Ali Xeeshan, to develop a controversial piece worn by a child who walked down the ramp as the showstopper, in the finale of Pantene Hum Bridal Couture Week 2017.

Through this unique campaign, UN Women aims to make people aware of the issue of child marriages in Pakistan, their life-long implications and how to take preventive action in order to address it and help the potential and present victims.

This year’s bridal couture week was much the same as previous years, where bride after bride walked out on the ramp wearing magnificently extravagant outfits. However, right at the end of the bridal week, one specific outfit stood out from the rest and caught everyone’s attention. People stopped and stared at it for a longer while. It was a school uniform, which was embellished with heavy motifs, worn by a girl. A striking symbol to raise awareness and highlight something that is still a grave issue in Pakistan. This symbol; the bridal uniform was used to question the unfortunate nature of many marriages that should not be a cause of celebration for the brides, or even the nation as a whole. The horrible trade-off that takes place when a child is deprived of her right to an education, and instead is being dressed to be someone’s wife, is what this campaign targets.

Pakistan’s Child Marriage Restraint Act sets the legal age of marriage to be 16 for women and 18 for men, but it is still estimated that more than 20 percent of women are married off before the age of 18 and 3 percent overall do not even cross the age of 15 before they get married. There have been efforts to increase the legal age of marriage from 16 to 18 for women all across the nation but this has faced criticism and resistance. Despite having dire consequences for defying the legislation, child marriages are still a norm in Pakistan.

The campaign was further launched through a website and on social media after the live showcase of the bridal uniform, and the campaign aims to evoke emotions within people to take action. UN Women redirected the public to the campaign website, urging people to sign a petition that could turn this conversation into a topic of discussion in the Parliament. A donation fund on the website has been set up and funds will directly go to the non-governmental organisation; Kashf Foundation. This organisation works tirelessly toward sending child marriage, the prevention of it and the protection of the survivors and victims. Kashf Foundation plans to take this initiative to the next level by conducting an on-ground activation that speaks directly to the masses. Moreover, part of the proceeds from Ali Xeeshan’s collection were donated to Pirbhat Women’s Development Society and Sujag Sansar which are organisations striving to end violence against women and working against early child marriages in Pakistan. 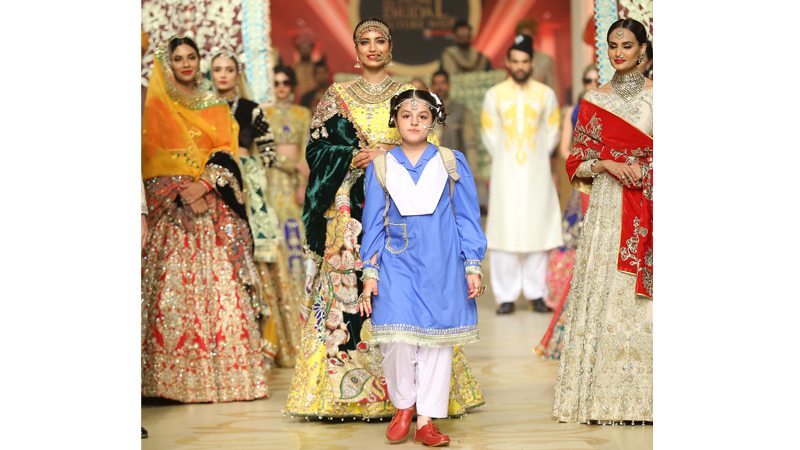 UN Women Pakistan Country Representative Jamshed Kazi said, “It’s astounding how women aren’t allowed to drive or vote before the age of 18 and at the same time, they’re forced into this lifelong commitment way before they reach that age.”

‘Do not let a little girl trade her school uniform for a bridal outfit,’ ace designer Ali Xeeshan said

This campaign is created together with BBDO Pakistan and aims to use countrywide awareness as a way to push forward the effective implementation of the legislation. For the first time, a collaboration between the esteemed organisation, UN Women, together with a well-known Pakistani designer; Ali Xeeshan, and with the cooperative role of multiple NGOs such as; Kashf Foundation, Pirbhat Women’s Development Society and Sujag Sansar, focusing specifically on ending child marriage, shows how an unconventional collaboration for a good cause can lead to change for the better.

We asked if a mother came to him offering millions for bridal outfit of her daughter who is 15-years old and about to get married, will he make it?

The esteemed designer said, “Trust me, this has happened and I have refused! In fact, I tried to convince her parents to let her study as the girl wanted to be lawyer.”