Doctrine and technology: an indispensable marriage

National University of Science and Technology in Islamabad is home to many science and technology disciplines with robust, inhouse research and development (R&D) facilities.

In military affairs, the abstract construct of doctrine and tangible reality of technology play an inseparable but indispensable role. However, a central conundrum to military innovation has remained the question of which preceded first, was it the doctrine or technology? This mystery is equal to the classic question of, “which came first, the chicken or the egg?”.

Scholars of strategic studies have also grappled with a similar question with respect to doctrine and technology, and have found mixed answers. One such example has been in the case and culture of the Chinese military innovation.

Dennis Blasko, a former Lieutenant Colonel of the US Army, while writing a paper on the relationship between technology and doctrine quoted a Chinese maxim which argues “technology determines tactics (but not necessarily the strategy)”. Similarly, when nuclear weapons were first brought to the fore by United States on July, 16th 1945, nobody knew their significance to deterrence. However, in the case of the U.S. generally the relationship has been the other way around, where doctrine has guided the development of technology.

The region of South Asia appears to be grappling with the same question. And to answer this a nascent yet meticulous effort has been made in India earlier this year, when HQ Integrated Defence Staff released the Joint Doctrine Indian Armed Forces — JDIAF. As per the official JDIAF the introduction of the Joint Doctrine by Indian Armed Forces is meant to lie down the principles for bringing about “development and employment of the military” for enabling the three services to operate with optimal synergy.

A central conundrum to military innovation has been the question of which came first, the doctrine or technology?

However, the JDIAF clearly outlines that India needs development of a new triad to face-off new threats, other than the ones mitigated by the traditional triad of Army, Air-Force and Navy. The new triad proposedly consists of Cyber, Space and Special Operations Force.

To this end, the official doctrine proposes multiple sustainable capacity building initiatives. One of them includes development of the Indian National Defence University, which will impart higher education in “defence management, defence technology, defence acquisition procurement and promote oriented research on all aspects related to national security.”

This development on the surface doesn’t appear radical or revolutionary, however, it could definitely serve as a catalyst to shape the strategic environment of South Asia and beyond.

Like other doctrines, the Indian Joint Doctrine also stresses sections on ‘Force Development’, this section argues for striking a balance between the indigenous and foreign procured defence equipment for meeting the national security needs of India. However, it underscores the need for indigenous defence production as the sine qua non for ‘self-reliance’ among others. It also conditions the indigenous defence production, with a “robust and mature Research and Development infrastructure and a globally competitive domestic industry”.

Regardless, in what direction these developments lead to, these are likely to trigger-off stimuli-response cycle in regional strategic environment. It is benign to anticipate that Pakistan may not be affected by them. Pakistan in its quest to restore and sustain the strategic equilibrium is likely to recourse to measures which will aid this very purpose. 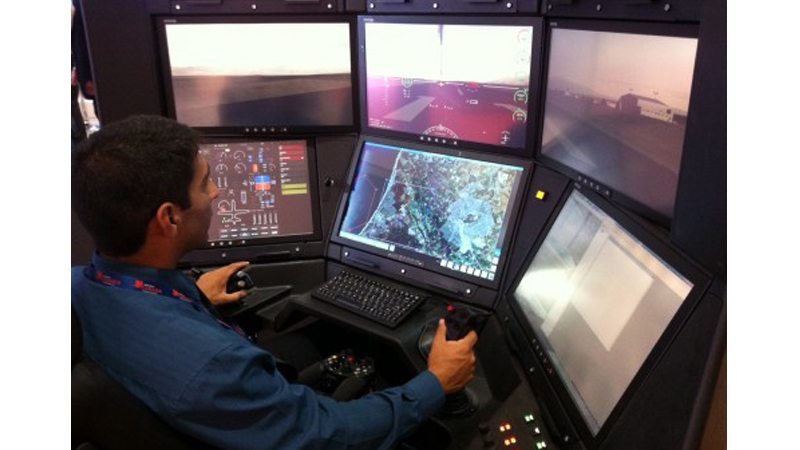 The factors of indigenous measures for Force Development and initiative of Indian National Defence University are likely to play a complementary and interdependent role in the foreseeable future in shaping India’s intellectual, research and development culture to achieve self-reliance.

Although, India is yet convert its National Defence College, New Delhi into a University. Pakistan has its own National Defence University in Islamabad, however, the prime focus of the institution remains on imparting education and producing policy related research. Quite unlike, the Indian JDIAF which stresses on the need to develop and impart knowledge on defence technology in tandem with other related discipline including policy related research and defence acquisition and procurement.

Pakistan may need to follow a similar course, however, remaining cognizant clearly of the merits and objects of such an initiative. So far, Pakistan’s prime institution National University of Science and Technology in Islamabad is home to many science and technology disciplines with robust, inhouse research and development (R&D) facilities.

Similarly, dedicated institutions, such as Pakistan Institute of Engineering and Applied Sciences, also serve in producing dedicated yet strategic nature of Research and Development. However, it is never undesirable to have multiple institutions promoting science and technology driven R&D.

To this end, it could well be pertinent for Pakistan to introduce science and technology disciplines along with R&D facilities, at its National Defence University, Islamabad. This particular initiative will serve the purpose of complementing the national security objects of policy, doctrine and technology driven research and development. Not only will such a culture infuse practice of policy-making along with testing desired technologies serving as means for pursuit of those policies.

Similarly, introduction into disciplines of information security, interdisciplinary approach to various fields of engineering are required which would enable individuals from diverse backgrounds to work under common teams and projects, at the Universities’ research facilities. Such a culture will not only promote efficient troubleshooting, but it also facilitates synergy of superior technical human resource enabling them to build trust, experiment and develop from multiple perspectives. Such an initiative at the institution will amalgam arduous research and development endeavors to be aligned with national security policy research and vice versa. Inevitably resulting in marriage of technology and doctrine craft.

The writer is a Psychology graduate. He writes on issues related to counter-insurgency, counter-terrorism, de-radicalisation, cyber-warfare and geopolitics. He can be reached at usama.nizamani@gmail.com