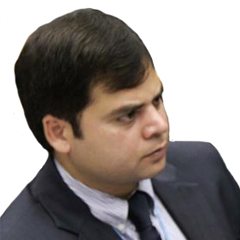 The late veteran French general and statesman, Charles de Gaulle, once made the poignant observation that “a country cannot change its geography but it can change its geopolitics”.

It almost appears that he could have been directly addressing Pakistan. For since the latter came into being back in 1947 — the country has been struggling to find its rightful place in the region and beyond. Indeed, the interplay of historical, geographical and political forces has been driving our strategic decision-making process for the last 70 years. And as a wise man once said: while geography is the backdrop of history itself — man’s actions are limited by the physical parameters imposed by the former.

Yet in Pakistan’s case, three seemingly distinct yet interlinked ‘events’ have played an absolutely critical role in shaping the country’s foreign policy choices: namely, British colonialism, the Cold War and US dominance in our (external) affairs.

And if we go back to the beginning, to our very birth, the first thing that we saw upon opening our eyes was the devastation of the immediate post-war aftermath. But not only that, we found ourselves thrust into a new bipolar world. And it was one where the battle would be fought along geopolitical, ideological and military lines. With the Americans on one side and the Soviets firmly on the other side of the so-called Iron Curtain. This is to say nothing of a deepening sense of the existential threat emanating from our larger neighbour India. Thus was this new nation fixated on preserving its territorial integrity and sovereignty from anyone who would do it harm.

This led to the Pakistani leadership taking the drastic step of aligning with Washington, thereby denying the reality of its geopolitical neighbourhood. Things might well have turned out differently had Jinnah lived. For he immediately grasped that this new country was “the pivot of the world”. Just as he understood that the US needed Pakistan more than vice versa and the Russians would never be so very far away. Tragically, he died too soon and none of his successors managed to match him when it came to intellectual insight. Thus they — all of them — have been responsible for landing us in this current mess. It is unfathomable that a country with such a sizeable population and rich in natural resources; a nuclear-armed state, no less, has been dismissed as a rapidly failing state.

Pakistan has been slow to learn the lesson of choosing allies with whom it shares physical and political proximity. The fallout of which has been the expiry of our strategic relevance and geopolitical outreach

Thus Pakistan’s American embrace left it unable to make peace with neighbouring India, Afghanistan and Iran. Unresolved border issues soon escalated and wars were fought. With the passing years, it became fashionable for our leadership to claim that they made use of the country’s unique geo-strategic location to crush the Soviet Union, which benefitted everyone. Yet the reality is somewhat different; in that all we had actually achieved was paying greater geopolitical dividend to the US, particularly, and the West, generally. And it was Pakistan that spectacularly lost in that round of power politics. Fast-forward to today and our relations are worse than during the turbulence of the 1980s. And instead of preventing the USSR from nearing warm waters — we effectively landed ourselves in hot water. It has been the same for the last 20 years. Meaning that Pakistan has paid dearly for pursuing this policy of strategic depth; just as it has for being a front line ally in the displacement of Soviet Russia from the region. And it has been the same story since the 9/11 terrorist attacks.

History points time and again to how the state must choose its allies; that is, to favour those with whom it shares physical and political proximity. Yet this appears a lesson that Pakistan has been slow to learn. And the opportunity cost of this has been the failure to harness our immense potential in terms of sizeable landmass and maritime access; the missing out on upping our strategic relevance and geopolitical outreach.

Yet we have done nothing much to redress any of this. Our neighbourhood is still a largely hostile one in terms of ties with India and Afghanistan. Though there is some good news regarding bilateral relations with Iran. Nevertheless there are many things that are simply beyond our control. Such as: as the continued US presence next door across our western border; the rapid rise of New Delhi; a resurgent Russia; as well as the Chinese economic revolution. The latter is the one that we must not take our eyes off. Given that the One Belt One Road (OBOR) project encompasses some 68 countries with a combined population of 4.4 billion people and covers around 40 percent of global GDP. All of which brings to mind the wisdom of Halford J Mackinder, widely acknowledged as one of the founding fathers of both geo-strategy and geopolitics. And it was he who noted that each historical epoch has its own distinctive view of political conditions and opportunities.

For us, the China-Pakistan Economic Corridor (CPEC) represents the new economic world order. And we, too, have a constructive role to play in our immediate backyard. But to do this we must make the most of our geostrategic position at the crossroads of the Silk Road between Beijing and the West. Indeed, we are able to provide stability to China’s troubled regions such as Xinjiang and Tibet, while also acting as a bridge to the Arab and greater Muslim world.

Thus this is an opportunity that Pakistan can ill afford to squander. If, that is, it is serious about casting itself in the role of regional elder statesman. This nuclear armed-country is home to a population of 200 million, a 0.7 million-strong military establishment and a $1-trillion economy in terms of purchasing power parity. In short, we have everything going for us.

The writer is a research associate at the Centre for Pakistan and Gulf Studies (CPGS).  His views do not necessarily represent those of the institute. He tweets @tahirdss