Two years back on this day our nation suffered yet another setback.

Pakistan’s first female pilot Maryam Mukhtar embraced martyrdom while on a routine training flight with Squadron Leader Saqib Abbasi who himself had successfully managed to eject from the faltering FT-7PG aircraft near Kundian area of district Mianwali.

She was awarded the Tamgha-e-Basalat (Medal of Good Conduct) this non-operational award of the Pakistani’s Armed Forces is given by the President of Pakistan to serving military personnel for acts of courage, valor, devotion while on duty.

According to official remarks by Pakistan Air Force (PAF) authorities, first lady pilot Maryam and Sq.Ldr Saqib acted as needed and bravely directed the technically faltering aircraft away from populated areas near Mianwali and stayed in the aircraft while making efforts to save it and only ejected when they were oh so close to the ground and had no other option but to abandon the aircraft.

Squadron Leader Saqib Abbasi suffered only minor injuries and that too because he had ejected from the FT-7PG moments before the ill-fated flying officer Maryam Mukhtar made the same move.

According to information made available to us and investigations done after the crash, it was found out that Maryam embraced martyrdom after suffering major injuries as a direct result of the crash and last breathed at a military hospital. 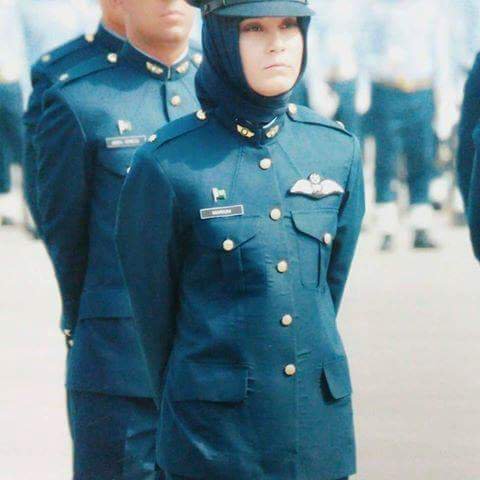 It is also mentionable that the first female pilot suffered injuries that ended up taking her own life because her late ejection from the aircraft gave her, and her seat less time to break the fall or even slow it down.

“Both the pilots handled the serious emergency with professionalism and courage and tried to save the ill-fated aircraft till the very last minute,” a statement by the PAF stated.