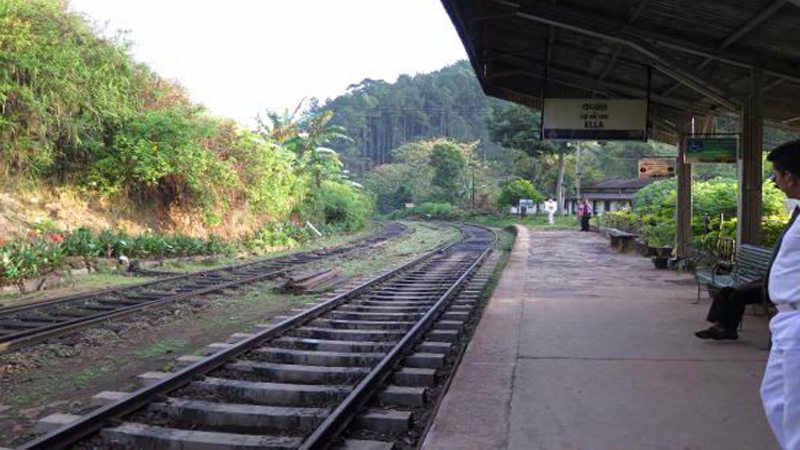 “The recently introduced Chinese made trains are faster, more modern and comfortable”, the website candidly informs you about train travel in a South Asian country which may be better known for its rich cricketing culture, fabulous beaches and above all, its world famous tea plantations than its railways. While evaluating my chances of withstanding rough train journeys in the name of excitement, I must admit my conclusion did not inspire much confidence in spite of past experiences in backpacking during and after university days. Nevertheless the plunge had to be taken when the opportunity arose, partially to test my current in-doubt endurance levels and partially to satiate my own fascination of living amongst locals and observing an ancient civilization and the present day outward appearance of its culture. 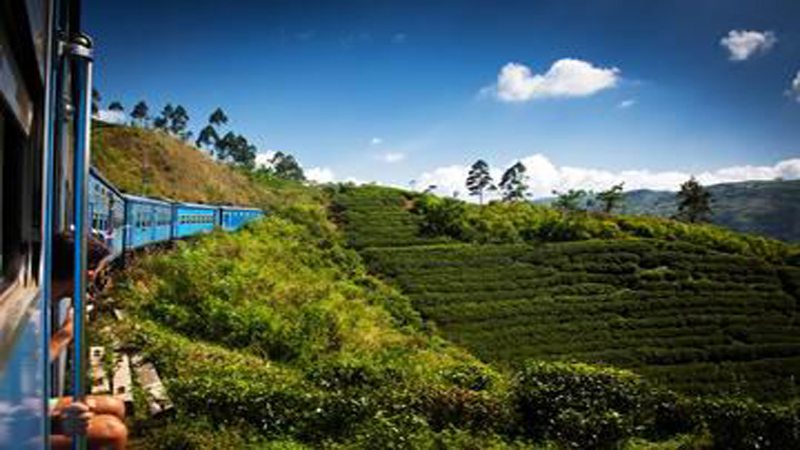 Although the dark and depressing thought of standing on a platform amongst twenty-something backpackers waiting for the train to arrive did have its deterrence value, but a compromise solution of carrying a shoulder bag along with a small wheeled suitcase, was finally arrived at. Although the three and a half hour direct flight from Lahore is over before the blink of an eye as the cliche` goes, yet the thought of getting out of the airport and finding the fabled Fort Railway Station in downtown Colombo created its own fatigue. The realization that the days of looking for intra city public transport, like a commuter bus, in order to save money and to live like a local were gone, perhaps forever, but the old traveler inside you keeps telling you it’s never too late.

Colombo Fort Station, the magnificent, colonial white structure was abuzz with activity as commuters collected their wadays, teas, kuttus, spicy sandwiches and samosas while scurrying along hastily in the melee` to board their trains (kuttu is a popular Sri Lankan meal sold neatly wrapped in paper which consists a of cut up paratha bread mixed with vegetables, spices, pickles, meat or egg on a flat frying pan, pretty similar to a taka tak dish as known in our part of the world). “There are no first class seats left, only second class”, the man in-charge of the advance ticketing window announced to me politely almost wrecking my plans in their infancy. 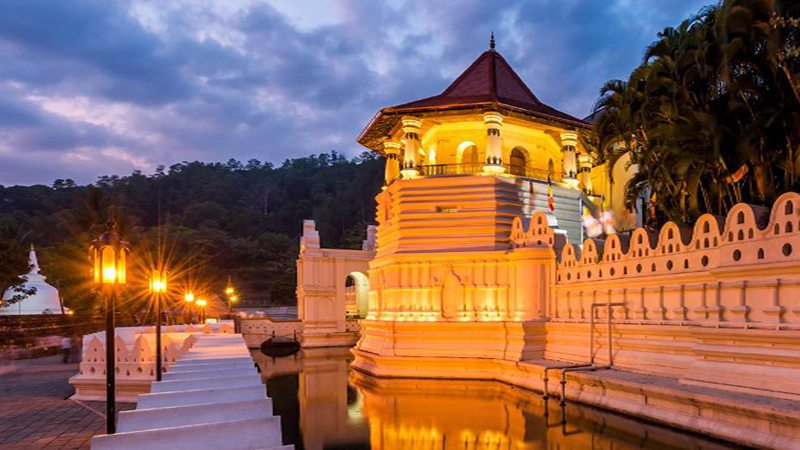 The experimentation with local snacks for breakfast – albeit accomplished very gingerly – was over quickly and the morning cool started giving way to slightly stifling humidity as the train trudged along towards its final destination, Nuwara Eliya, the scenic mountain spot famed for its breathtaking scenery, lush green tea plantations and delightfully temperate weather. The creaky but comfortable train with long glass windows was slow for international standards. And, the pitter patter of tropical rain often transforming itself into a torrential downpour at will looks common enough an occurrence for an average Sri Lankan to take it into their stride, either by bursting open an umbrella or by honing other techniques like running swiftly to a shelter in order to dodge the deluge.

Kandy looked scrubbed clean by the rain that had mercifully stopped by now and with the almost empty train coach, the journey remained pretty enjoyable as people preferred the much cheaper second class section without reserved seats with the way it seemed. The six hour plus long journey had cost me just 600 Sri Lankan rupees (PKR 400) and was one of my most memorable train journeys ever. As I watched smart Indian-made TVS rickshaws – built equally smartly to protect the passengers form relentless rain — climbing the winding mountain roads effortlessly from the train window, the smiling snacks man kept up his inveterate routine of returning after almost every station selling his steaming hot tea from a very clean flask as well as some freshly cooked savouries to munch on.

The Pinnawala Elephant Park is perhaps where one can arguably spend the most interesting few hours, not only while watching huge, wild-looking but friendly elephants being fed and bathed in the stream, but also by visiting the elephant dung paper factory which is the only such factory of its kind anywhere in the world

The sound of incessant rain lashing the glass windows was enough to keep me awake which also meant that the increasingly breathtaking scenery outside looked dismally like a gigantic blur keeping me focused on the deliciously sweet tea and a paltry number of fellow passengers. Before the fatigue and the monotony of people embarking and alighting from the train could lull me into a fast sleep, the rain drenched mountains and the consequent drop in temperature became hard to ignore.

Colombo Fort Station, the magnificent, colonial white structure was abuzz with activity as commuters collected their wadays, teas, kuttus, spicy sandwiches and samosas while scurrying along hastily in the melee to board their trains

Nuwara Eliya train station is a familiar colonial structure with sloping roofs that you find in many hill stations in the sub-continent like Simla and Darjeeling, the latter two also famous for their tea plantations, pine trees and colonial buildings. Yoga the driver of the seven-seater van wants to take me to Manudi Lodge in downtown Nuwara Eleya as I walk on the platform towards the exit on a misty late afternoon while adjusting my cotton top attempting to hopelessly shelter myself from the cold. The family run hotel owned by Dr Ratnayke I booked from the Lonely Planet website seems almost right at the end of civilization where Mala the receptionist-cum-chef-cum-manager gives me some sweet milk tea, fresh pineapple, water melon and apple.

Me and Yoga, my Tamil cab driver and guide with a smile etched almost eternally on his friendly face, have struck up a good friendship as he has promised to show me around the area for a mutually agreed amount of time after a brief haggling, of course. The tour of a tea factory with its free tea and cake amidst idyllic surroundings have been the highlight of the day although the scrumptious fish samosas that Yoga suggested also deserve a special mention along with the Thaj Restaurant in New Bazaar with its laser sharp curries and extra sweet ladoos.

Galagedera, a small village near Kandy is where I stop over to see my Karachi based Sri Lankan friend’s parents and to shamelessly feast on home cooked Tamil food like Idlis and sambar for breakfast and ultra-hot curries for lunch and dinner. Galagedera is that part of Sri Lanka which is unspoiled by tourism and provides a traveler with a fascinating and exciting opportunity to observe the frugal and yet dignified lifestyle as well as be part of the local culture, even though for a short period of time. Perennially green, the country has a mind boggling variety of tropical fruits. Sri Lanka grows 32 types of bananas as I was told, with one type having red skin. 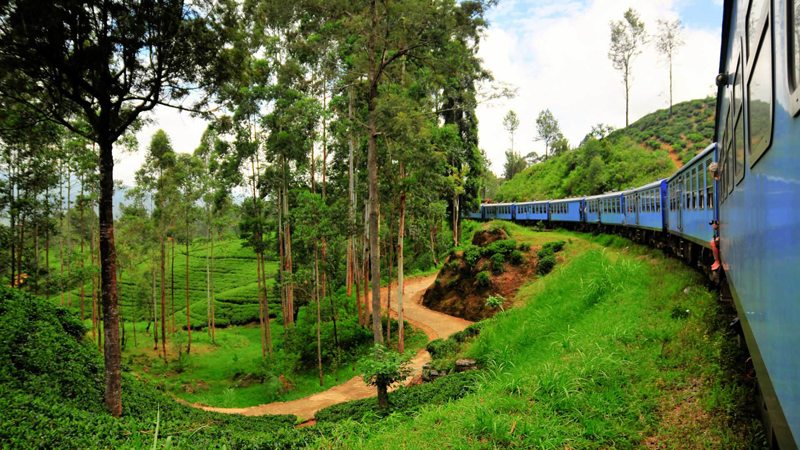 With its impressive rate of literacy hovering around 95% for decades and population levels well below those considered normal in the whole of South Asia, with India, Pakistan and Bangladesh struggling with cities bursting at their seams, it’s time to learn a few lessons from Sri Lanka when it comes to finding contentment while living a simple life. Sri Lanka’s secret lies in successfully convincing its people to have small families brought about by its other glowing success story of believing in sending their children to school, although Yoga was vociferous in his government’s criticism of mishandling the economy which, according to him, ran on very high levels of taxation, tea exports and tourism. Yoga was not even willing to give credit to previous governments for crushing the Tamil insurgency for which he was appreciative of and thankful to Pakistani military advisors who helped end the civil war. 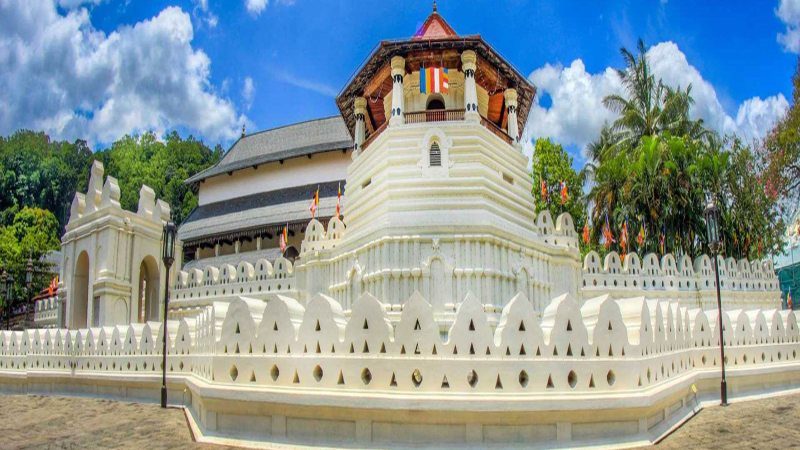 Next stop was the Pinnawalla Elephant Park which brought Yoga’s harangue against Sri Lankan politicians to a shuddering halt. This is where perhaps one can spend arguably the most interesting few hours, not only while watching huge, wild looking but friendly elephants being fed and bathed in the stream by sarong clad curators, but also by visiting the elephant dung paper factory, the only such factory of its kind anywhere in the world, I was cheerily told. Tons of elephant dung (which is guaranteed even for a diet conscious elephant) being processed to make elegant looking products like paper, diaries, notebooks etc is a great achievement in the recycling realm and definitely a fascinating experience to watch the whole process, to say the least. 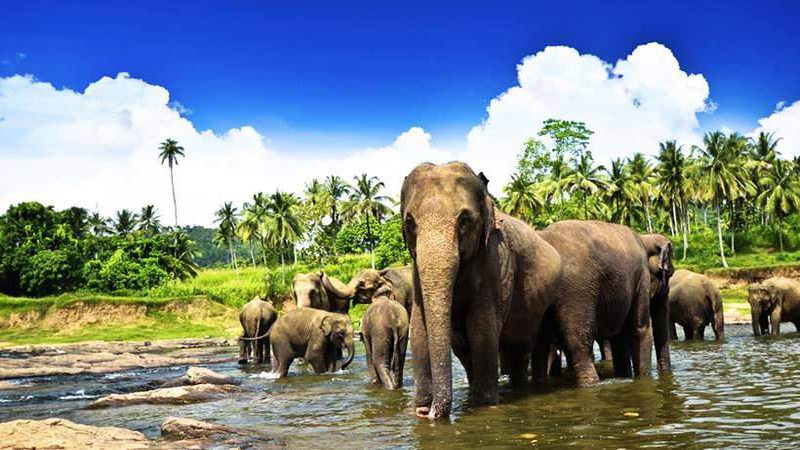 Before catching the return flight at Colombo Airport, the TV screen showed Virat Kohli’s Indian side thrashing Sri Lanka with ease when I stopped at the currency exchange counter. “We always support Pakistan in an India-Pakistan game”, announced the cashier with a broad smile when I told him that he needn’t worry, as my sympathies were with Sri Lanka. Some constants will never change!

Tariq Bashir is a Lahore based lawyer. His tweets at @Tariq_Bashir