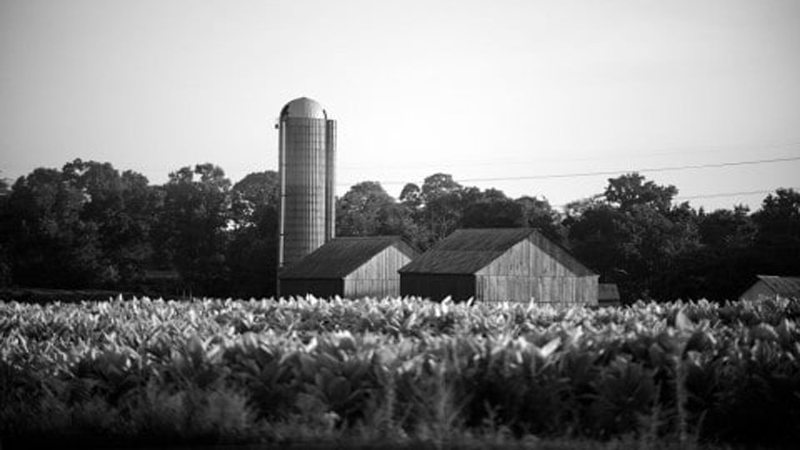 The mystique of the family farmer in this country goes all the way back to Thomas Jefferson’s model for democracy. Jefferson centered his vision on the yeoman farmer, who, with family labor, worked a small farm and embodied the virtues of honest and hard work. It was an important idea to a new nation that was supposed to be built on independence and fairness – not aristocracy and privilege.

The idea of the yeoman farmer has evolved into the present-day notion of the family farm, a life few Americans understand but one that they seem to hold dear and want to preserve: The family farmer cares for the land, the animals and the local community because that is their heritage.

It’s no wonder that food packaging depicts that image of the family farm, with little red barns, cows and chickens in the grass and the farm family working together – it sells. This image has nothing to do with how the vast majority of food that fills supermarket shelves is produced, but that hasn’t stopped politicians from invoking the family farm when selling the public on policies that have little to do with those of us who still do the work of family farming.

As Republicans push ahead with their tax reform plan, the small farmer is again invoked. This time it’s about the estate tax. During a speech in North Dakota, President Trump declared, “We’ll also protect small businesses and family farmers here in North Dakota and across the country by ending the death tax.” He added: “Tremendous burden for the family farmer, tremendous burden. We are not going to allow the death tax or the inheritance tax or the whatever-you-want-to-call-it to crush the American Dream.”

But few farmers put the elimination of this tax on the top of their wish lists. Only about 20 farms a year are subject to any inheritance tax, and in almost all cases, those farms have adequate liquid assets to cover the taxes without having to sell any part of the business to do so. After searching for 35 years for one example of a family farm that was lost due to the estate tax Iowa State professor Neil Harl stated simply, “It’s a myth.”

It is a sales pitch, nothing more, again capitalizing on that mystique of the family farm that people hold so dear. Getting rid of the estate tax is a gift to the very rich, not to farmers. As the old saying goes, ask a farmer what they would do if they won a million dollars: Keep farming till it ran out.

Farmers, no matter what they produce, are always encouraged to produce more, with no question how much might be too much. Agricultural research focuses on increased yield, be it milk, corn, soy, poultry or any other agricultural commodity.

Current government policies encourage increased agricultural production as a means of economic growth because a growing gross domestic product supposedly means a healthy economy. The days of government supply management policies that kept supply in balance with demand, thus helping maintain fair farm prices while adequately supplying market needs, ended during the Reagan administration. It’s all about feeding agribusiness and the global economy. Local economies and rural communities? Not so much.

Small farmers, ranchers and fishers are caught in an increasingly consolidated food system. Increasing market concentration through corporate mergers gives us little choice but to buy from a limited group of input suppliers and sell to a limited number of buyers.

And again, small farms are impacted most severely. Often, I can’t find things I need for my farm in the local stores. Small farmers aren’t worth the bother, I guess. Mega-organic dairies have saturated the market and cornered the supermarket trade. My milk price has dropped by 30 percent in the past year, while the average retail price for a gallon of organic milk has gone up 25 percent, according to USDA figures.

If you are marketing hogs by the semi-load, you will have better market access. If you are selling 60,000 pounds of milk a day (I sell 1,500 pounds), you’ll probably get paid a sizable volume premium. Farms got bigger to gain the advantage of economy of scale. They still may be family owned, but there are few red barns or animals on pasture.

Corn and soy are in such oversupply that farmers, even on the largest farms, are lucky to recoup their production costs. So taxpayers are helping prop up low grain commodity prices through the government subsidy programs: Farmers get a government deficiency payment when prices are low. This works well for the international grain companies. They can purchase cheap grain, knowing that next year, farmers will keep planting because subsidies will keep the farms afloat.

While subsidy programs are at best a very poor solution to a very big problem (low farm income), the real beneficiary of the subsidy program has always been the corporate grain buyers and the dairy and livestock processors. Farmers only want a fair price for what they produce, not government programs that encourage overproduction of low-priced commodities.

The US agricultural economy has and always will be designed to ensure corporate agribusiness profits at the expense of farmers and consumers. We, the farmers, will of course, be expected to remain silent, work harder and avoid dissent in a nation ruled by an administration that will not tolerate dissent.

The nostalgia and fascination with the family farm is gratifying for those of us who still run a family farm, but sadly that doesn’t help pay the bills. In time, the family farm will exist only in nostalgic illustrations on milk cartons at the supermarket, and in the false promises of politicians.