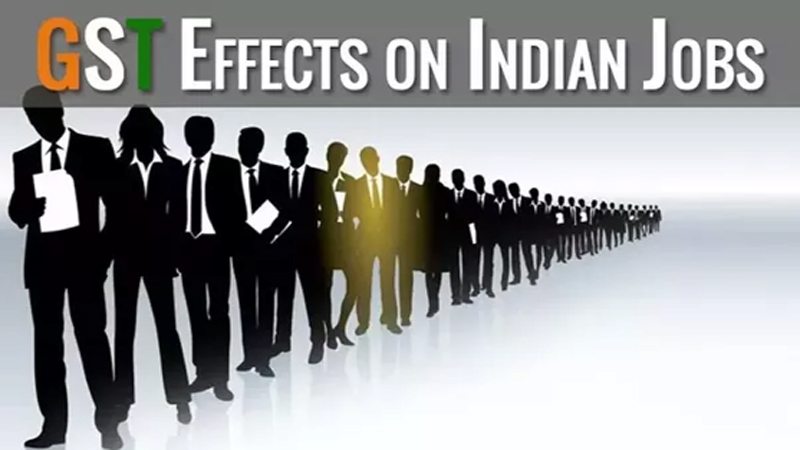 India’s ambitious new goods and services tax (GST) was rolled out in July by Prime Minister Narendra Modi, who compared the moment to India gaining freedom at midnight in 1947. But since then, substantial changes have been made to the tax, indicating that it was not thought through. Worryingly, given an extremely complex system and negative feedback from many quarters, more changes may be necessary.

There were enormous political hurdles to creating a unified indirect tax structure. India’s states have the right to impose taxes according to the constitution. This has led to a very complex, unwieldy structure where multiple taxes are imposed on the same items. Differences between state tax rates also cause long traffic jams at borders where excise officers inspect trucks ferrying cargo.

A single tax that eliminated the jams could in itself mean huge logistics savings. The GST also eliminates cascading effects of multiple taxes by imposing a single rate on every item and granting credits for taxes paid on intermediate inputs.

States had to relinquish the right to impose their own taxes and accept a share of GST revenues instead. That required extended negotiations between successive central governments and states. Ironically, the current prime minister was a vocal opponent of GST in his previous avatar as the chief minister of Gujarat.

GST has been adopted in more than 150 nations. Most impose between one and three rates. But India’s GST has five basic rates and cesses (levies) on top of those, leading to complicated calculations and confusion. The top rate of 28% is the highest in the world. The imposition of cess on top of that 28% takes the total tax incidence on certain items to 40%. A recent review by the GST Council (a body with state and central representation) saw 178 items moved down from the highest rate bracket (28%) to lower tax brackets.

High-revenue items such as alcohol, gasoline and diesel remain outside GST, with states charging different rates for these. This means that despite the imposition of GST, the traffic jams and excise inspections at the state borders continue.

There have been quite a few areas of initial pain, from the voluminous feedback received so far from traders, consultants, farmers and chartered accountants.

The GST sets very high compliance barriers. Three tax reports must be filed every month in every tax-reporting region. For pan-India businesses, this means 120-odd reports to be filed every month. There are complaints that the GSTN (Goods and Services Tax Network) software is very slow and buggy in accepting filings.

Taxes are paid in advance when an invoice is raised, regardless of when payment is received. Tax credits and offsets are granted only after all relevant invoices are matched. This often leads to a cash crunch. Many businesses have long credit cycles and the GST system has, so far, taken a long time to offset credits. This is reflected in higher working-capital costs.

Observers say that the GST has in effect fragmented what was a unified services market. There were no compliance barriers earlier to providing services across regions. Now, separate tax reports must be filed for every region. Services generate well over 50% of India’s gross domestic product and the compliance barrier is a major hindrance for small enterprises. The GST rate for most services is also higher, at 18%, versus the earlier service tax rate of 15%.

Businesses are also not enthused by the constant changing of tax slabs (groupings). Any change upsets all the calculations to fix the maximum retail price (MRP) on goods. This means recalling stock and redoing all the calculations and fresh tax filings, adding a huge burden to businesses already under stress due to demonetization and the GST.

Sectors with informal elements in the value chain have experienced severe distress. GST credits can only be claimed on inputs where tax has been paid. Many value chains have informal elements where such credits are unavailable. This drives up final tax incidence. Textiles in particular, and also handicrafts, fireworks and agriculture-based industries, have been badly affected by this. Of course, this creates pressure to formalize and that will probably be beneficial in the long term.

There are reports of job losses across sectors. The All India Manufacturers’ Organization, an apex trade body, surveyed 10,000 businesses across the country. The AIMO claims that in the July-September 2017 quarter, jobs reduced by 18% for traders, 25% for small and medium enterprises, 15% for large companies and 20% for exporters.

It’s too early to get a picture of the revenue collected. Finance Minister Arun Jaitley reckons that 900 billion rupees (US$13.7 billion) is blocked in transitional credit. Amit Mitra, finance minister of the state of West Bengal, estimates that 300 billion rupees of state tax revenue and 600 billion rupees of central revenue has been lost.

The political implications are important. Multiple state assembly elections are scheduled through the next year and a general election is due in May 2019. Rates on such items as Khakra, a snack favored by Gujaratis, was lowered ahead of the impending state elections. The fact that the prime minister hails from Gujarat and the election is a prestige issue for him was not lost on anyone. Similar state-specific tinkering could cause even more complexity to a very complicated tax regime.

There is no argument that the GST should, in the long run, encourage more formalized business practices, and reduce the cost of moving goods. But it may take a while to settle down. In comparison, GST took a fiscal year or more to stabilize in many European Union member-nations. The teething troubles could impact investments over the next six to 12 months at the least.