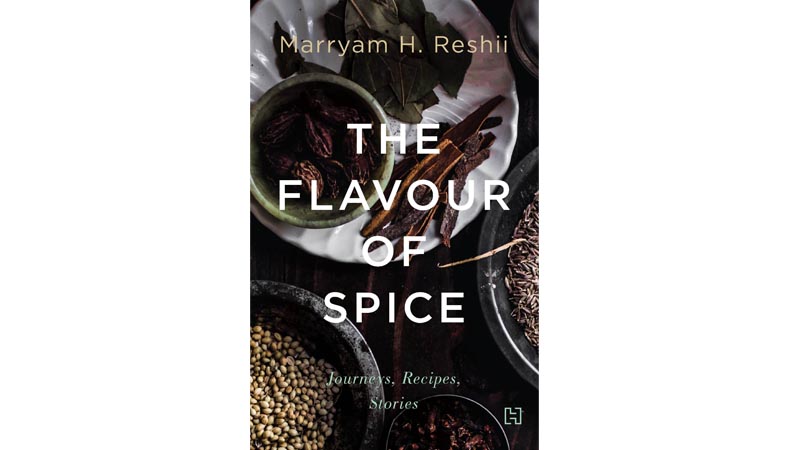 Since the dawn of civilization, the centre of the world of aromatic spices was concentrated in two regions, of which one was as secure as a bank vault. The Banda Islands of the eastern Indonesian archipelago may not be the most prominent destination in the world today, but a large chunk of history was fated to be written around them. The five islands were the only source of nutmeg (and consequently mace) till less than 200 years ago. In the same neighbourhood, but a short way away, are three more islands that are considered as belonging to another geographical and geological group. These are the Maluku Islands of Ternate, Tidore and Makian, where cloves originally grew. The second location was the Malabar Coast of Kerala, the source of green cardamom and pepper. Nearby was Sri Lanka, still the only location of true cinnamon.

Whatever else the Banda Islands are, you could not accuse them of being either large or prominently situated. Indeed, the island of Run is a mere 3 kilometers long and 1 kilometer wide. Yet, they were captured first by the Portuguese in 1511, then by the Dutch in 1599 and finally by the British in 1601 for the valuable nutmeg and mace that grew there abundantly and nowhere else. Today, the Islands are primarily a tourist destination for deep-sea diving. The sight of nutmeg drying on small pieces of cloth and matting in the courtyards of private homes is merely incidental.

On the other side of the Ceram Sea are the Maluku Islands where cloves grew. If the Almighty had wanted to hide His treasures from the rest of mankind, He did a mighty fine job of it. Even today, local flights to the area are erratic to say the least, and the local steamers are too primitive and too irregular to make travel easy, even with the benefit of accurate maps and navigational aids. It defies the imagination to consider what fleets of sailing ships were up against in the Middle Ages without knowing where the spice islands were, how to get there, what to look out for and even whether the world was indeed round, as some suspected, or flat, as maps of that time suggested. The miracle is, in spite of those odds, get there they did, in 1513, in the process changing the world forever.

Papayas, mangoes, bananas, apples, beans, aubergines: the list of foods that grow copiously in countries halfway across the planet from their original locations is endless, and it is the greatest testament to the vibrant spice trade that existed hundreds of years ago

It was in 1492 that Spain sent out a crack force to sail the seven seas and discover the sources of these spices. Christopher Columbus set out in the direction of the ‘Indies’ with only a vague sense of where he was going, but not much else in the way of direction and certainly no knowledge of what these coveted spices looked like in their natural state. In one of the best hoaxes of history, he landed in the Caribbean, saw all spicegrowing and mistook it for pepper. He then tried to convince his patrons back home that it was the real thing. Columbus neither realized that he had missed Indonesia and the Spice Islands by half the planet, nor that pepper and allspice were two entirely different spices!

The golden age of exploration was driven largely by consortiums hungry for spices. And when they succeeded in their objectives, they took pains to ensure that their riches did not travel: When the Dutch ruled Indonesia for 200 years from 1621, every last nutmeg was scalded in lime to ensure that it was sterile! In fact, so riveting are the stories that several books on spices deal exclusively with the provenance of aromatic spices, their discovery by Westerners and the vicissitudes of fortune of the spices and those that dealt in them. A few facts however, do stand out. In the fight-to-the finish rivalry between the two Protestant naval powers of the day – the Dutch and the British – for the key to the treasure chest of nutmeg and mace, the Dutch dominated most of the Banda Islands and managed to chase the British to the last one, Run, which was 10 miles away from its nearest neighbour Neira, and surrounded by reefs that made navigation to it fraught with technical difficulties. On the plus side, it grew abundant nutmeg and mace: its produce could fill an entire fleet of ships! The Dutch, however, were not content to banish their rivals to the smallest, furthest and most inaccessible island. They wanted monopoly over the nutmeg trade and so they signed a treaty giving the British another island, in another part of the world as compensation for Run. The name of this island? Manhattan. Scarcely believable in the 21st century. Even less believable is the fact the British accepted Manhattan with a long face: After all, what spice could grow on an island off the Hudson River! It is another matter entirely that today, you could claim to have never heard of Tidore or run and not elicit gasps of astonishment but try telling your colleagues you’ve not heard of Manhattan!

The British did, eventually, have the last laugh, because they took saplings of nutmeg trees with them and planted them in their colonies in the tropics, thus causing the eventual decline of the Banda Islands.

Today, the flag of Grenada sports a nutmeg on it as a national emblem, which speaks of the successful planting of the spice from South East-Asia in the West Indies. Vietnam, in a twist of fate, has overtaken India as the largest exporter of pepper and Zanzibar and Madagascar, now export cloves to Indonesia! And if India holds any records, it is in the volume of chilies that we export, though that itself is a legacy from South America.

Christopher Columbus set out in the direction of the ‘Indies’ with only a vague sense of where he was going, but not much else in the way of direction and certainly no knowledge of what these coveted spices looked like in their natural state. In one of the best hoaxes of history, he landed in the Caribbean, saw all spicegrowing and mistook it for pepper. He then tried to convince his patrons back home that it was the real thing

It’s safe to say that the aromatics changed the course of history several times over. It is because of them that travel, trade and exploration became a way of life. Even as spices became the jewel in the crown, as it were, of these expeditions, subsidiary foodstuffs travelled to other parts of the world, thus altering the culinary landscape of the world forever. Today, corn or maize is never thought of as a Mexican ingredient, nor potatoes and tomatoes as from the Andes. Papayas, mangoes, bananas, apples, beans, aubergines: the list of foods that grow copiously in countries halfway across the planet from their original locations is endless, and it is the greatest testament to the vibrant spice trade that existed hundreds of years ago.

The author has been a pioneer in food and lifestyle for the last 30 years. This excerpt from ‘The Flavour of Spice’ was provided to us by Hachette books